Check how you can prosper in the midst of the famous industrial revolution. Created by Blue Byte (a part of the Ubisoft group), Anno 1800 takes the player straight into the times of outstanding geographic discoveries, scientific progress, and developing industrialization.

Back to the roots

20 years after the first edition of Anno series (Anno 1602), the franchise goes back to the roots. This time the long-anticipated title focuses on more modern times, making all fans of the series overjoyed.

Primarily, because Anno 1800 features all the strong gameplay elements characteristic of the franchise. Secondly, because they have been waiting 10 years for a comeback to more contemporary game setting. Start from scratch with only a few peasants and a modest settlement and start transforming your town towards a gigantic metropolis! 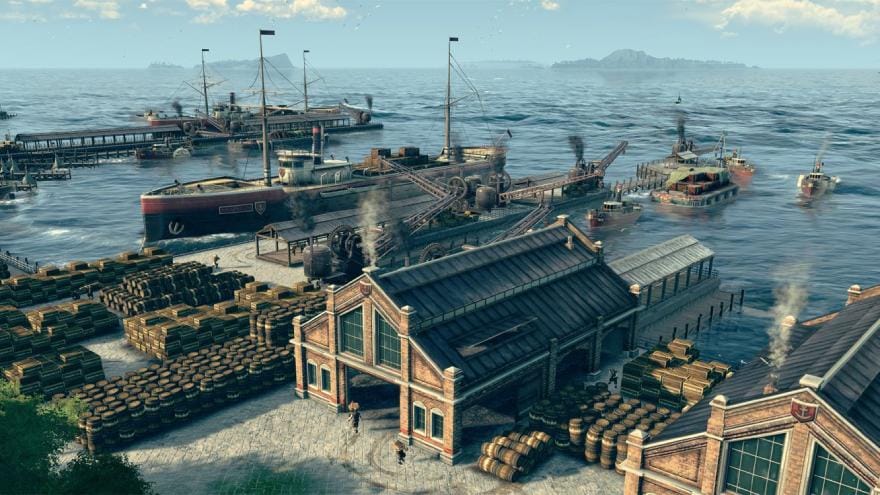 Take care of your citizens, satisfying their various needs and motivating them to work more efficiently. The more resources you gather, the better upgrades and modifications you will be able to develop. Plan efficient logistic routes, discover new lands and surpass your rivals’ army, economy, or diplomacy.

Good labor and payments distribution, clever use of topography, and well-designed infrastructure are among the keys to success! Don’t forget, however, about the diplomatic side of the game, as forming friendships and alliances as well as taking military actions make a bigger impact than any economic boost.

The complex city management simulator offers you a well-designed campaign, which constitutes the core of the game. Those who enjoy the gameplay freedom with a customisable set of features will enjoy the advanced sandbox mode.

The game also offers a classic multiplayer, cherished by all who like to challenge their friends. Check out various scenarios and challenges, which will test your wit and wise management as well.

The game was being developed with a constant cooperation with the fans, who made considerable contributions. Thanks to the Anno Union platform the enthusiasts of the franchise had a chance to share their opinions, remarks, and ideas for further development.

Anno 1800 (PC) for Uplay platform is a digital download product – no box included. The price applies to a digital version of the product.
Languages