Set during the time of Viking conquest of Britain, the game features several new gameplay mechanics, as well as a few from the earlier installments of the series. The title received positive initial receptions, mainly of its intriguing setting and protagonist.

Assassin’s Creed Valhalla is an open world action-adventure game developed by Ubisoft Montreal and published by Ubisoft in 2020. It’s the twelfth main game in the AC series, and a third to feature the new gameplay mechanics of Ac: Origins, a mesh of action and RPG elements. The game is set during the time of the Viking invasion of Britain. The player takes control of Eivor, a leader of a Viking clan, seeking refuge on the eastern shores of England.

The game introduces several new gameplay mechanics, as well as reinstates the ones seen in earlier Assassin’s Creed games, such as lethal hidden blade assassinations, settlement management, etc. The title was announced to a mostly positive response from the critics. 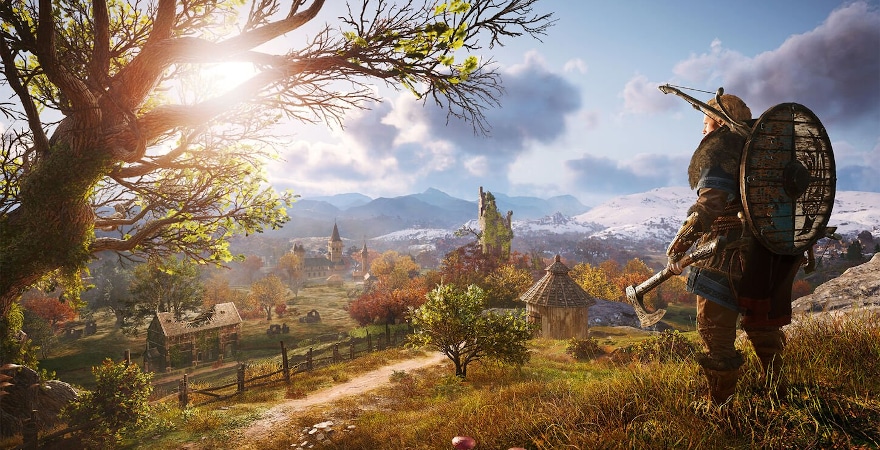 While the previous two installments of the series departed from its classic gameplay mechanics, Assassin’s Creed Valhalla sees the return of at least some of them, at the same time introducing new ones. Two aspects of gameplay returning in AC V are social stealth and the hidden blade. The main character will be able to hide within the crowd to avoid detection, just like in the early games in the series. Hidden blade, absent in Origins and Odyssey, returns as well, regaining its deadly, one-hit-kill status. Last but not least, settlement management will see its return, as Eivor will be in charge of a small village, which the player can upgrade with various facilities.

The naval gameplay, present in the series since AC IV: Black Flag, makes a return in Valhalla. This time, however, it’s focused more on transportation than combat. Conquest battles from Odyssey are also present in the game. Renamed as Assaults, they put the player at the head of ground attacks against fortresses, depleting the number of defenders and facing the commander in a climactic boss battle.

The RPG elements of Origins and Odyssey are also present in Valhalla. The player can develop two skill trees, expanding Eivor’s fighting and stealth skills. 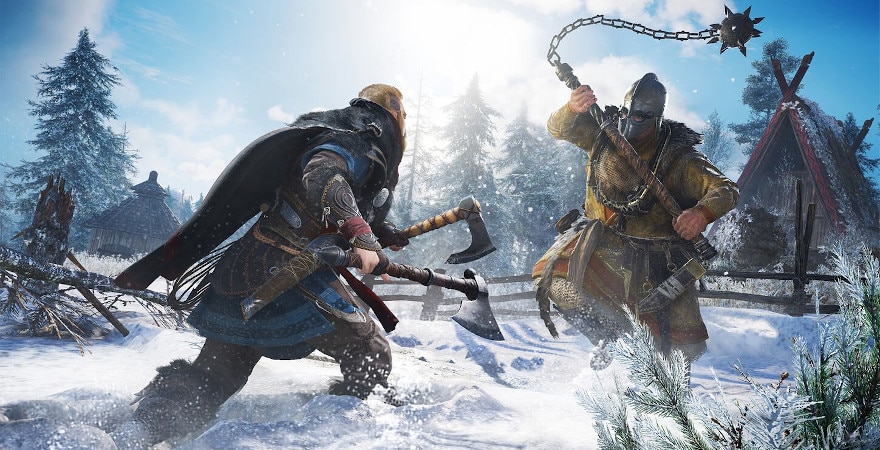 The Saga of Eivor - Story

It is the year 873 A.D. Norway is overpopulated and torn apart by continuous war. Seeing no other options for the clan, young warrior Eivor leads their men into a new land, ripe for conquest. However, the shores of Eastern Britain are less than welcoming. The brutal Anglo-Saxons will fight tooth and nail to protect their homeland. But no matter what they do, they cannot stop Eivor. They won’t stand against the force of fate and the Viking might.

Meanwhile, centuries from the battles waged by Eivor in Britain, the Assassin Layla Hassan draws ever closer to discovering the secrets of the Isu race and stopping the Templars from gaining the upper hand in the war that will decide on humanity’s freedom. 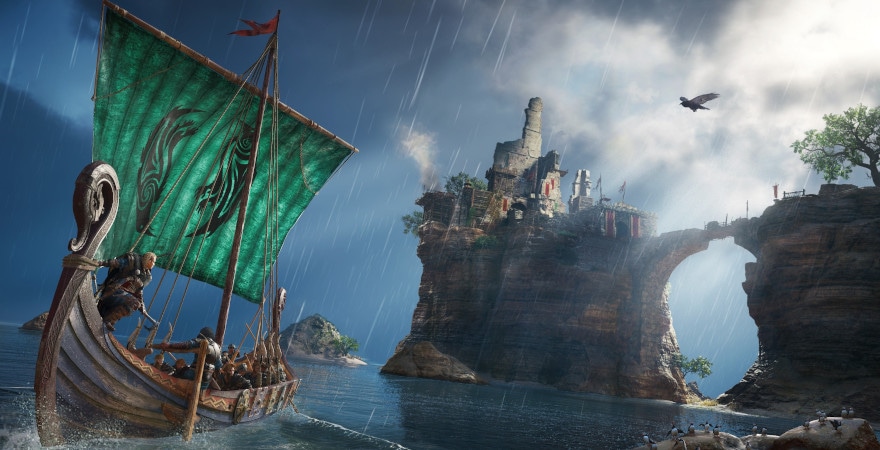 The initial impression of AC: Valhalla was mostly positive. The critics noted the game’s climactic setting and choice of playing as either man or a woman as one of its strongest points. Restoring gameplay mechanics from the earliest installments and improvement upon the current ones was also met with praise from the reviewers.