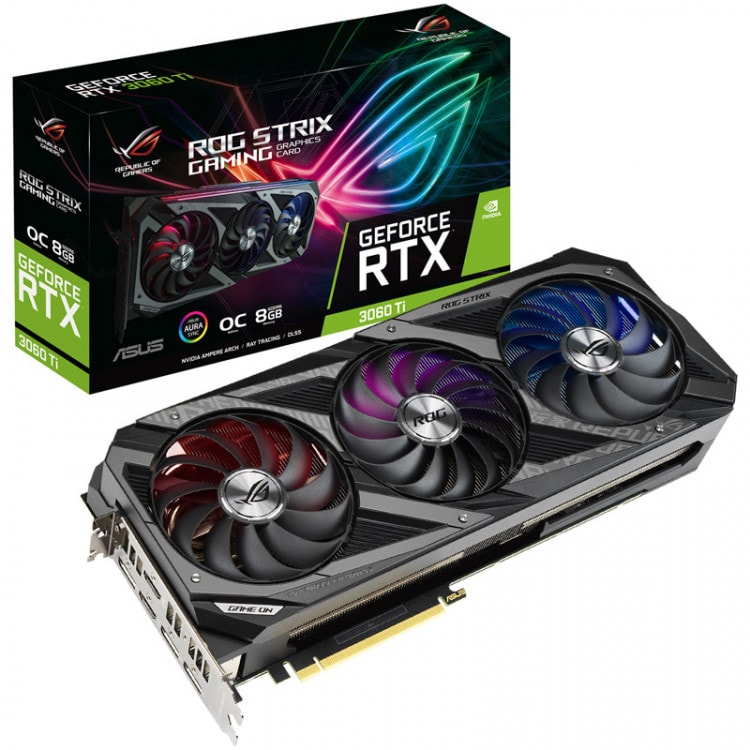 From top to bottom, the ASUS GeForce RTX 3060 Ti ROG STRIX OC V2 LHR 8GB GDDR6 graphics card has been radically upgraded to meet the demands of the innovative NVIDIA Ampere architecture. Join the Republic of Gamers and e ...