Baldur's Gate III is the third installment of the world-famous RPG series set in the Forgotten Realms, developed by Larian Studios for Windows systems. The series was originally started in 1998 by BioWare and it became one of the most known and respected RPG games in the history of gaming. Baldur's Gate 3 release date is planned on 2021, however, the game will be available within Early Access starting 30 September 2020.

The story presented in the game takes place approximately a century after the events of Throne of Bhaal. Baldur's Gate has been invaded by dreadful Mind Flyers, who infected its citizens, including players' character and main companions, with a parasite that slowly turns its host into a mind flyer. However, in the case of the protagonist and his (or hers) companions, the process is unique in comparison to other victims of the infection and it provides them with extraordinary abilities.

Finding out more about the parasite, and the way of getting rid of it is one of the main goals of our heroes. Later on, you will realize, that it is a part of a much bigger intrigue. It is worth mentioning, that the final resolution of the story will vary, depending on the Players choices throughout the game. 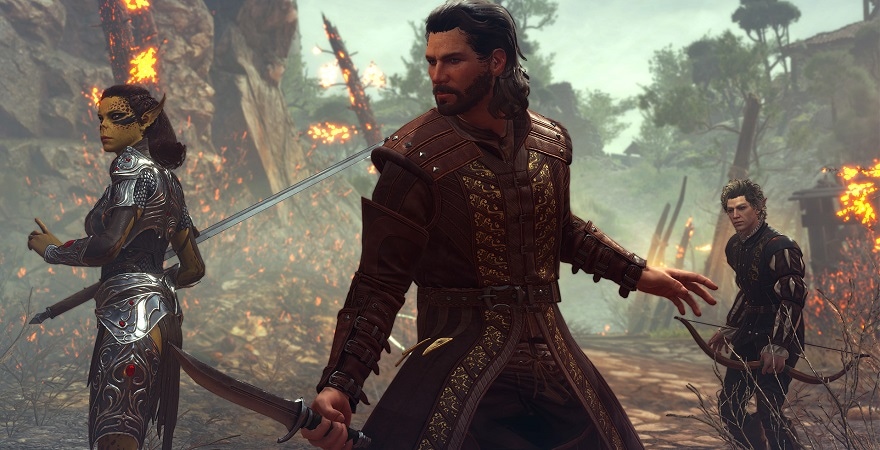 Create your character and gather the team

The game starts with creating the player's character, using prepared by the developers character creator. Players can choose their race, sex, appearance, and even origin, connected with the class of our character. Races available in the game are represented not only by humans, elves, and halflings, but also tieflings, githyanki, drow, and even vampire spawns.

It is worth mentioning that different races are so much more than just physical appearance. Each race is unique, featuring characteristic abilities, stories, and dialog options. Race selection influences the story, the gameplay, and team interactions. If it comes to the characters' role in the team, players may choose from six available classes: Fighter, Wizard, Rogue, Ranger, Warlock, and Cleric. While choosing the class, players will also choose the preferred archetype which will modify the gameplay of each class.

The gameplay mechanics in BG3 are based on the fifth edition of the paper edition of Dungeons & Dragons and have been adjusted for a video game gameplay. Randomness and dice rolls play an essential role in the game. For example, some dialog options will become available after a successful attribute test. In other situations, luck can decide about the increased perception of our character while trying to discover a secret, or save lives in hopeless situations. Besides single-player experience, Baldur's Gate 3 features a multiplayer coop in which the player can choose one of his characters and team up with other players in both, online and split screen cooperation mode.

Combat in Baldur's Gate III is turn based and each encounter starts with a dice roll, deciding which side can make the first move. During turns, characters can perform a variety of defensive and offensive actions such as attacks, or spells, depending on the movement speed. Whether our character will manage to hit the target is dependent on the result of the virtual dice roll. Throughout encounters, players have to be aware of their surroundings and use elements of the environment to get the advantage over the enemy. For example, if there is a flammable substance spilled on the floor it can be set on fire, burning your enemies.

Environment is highly interactive - players can break down bridges and ladders, to prevent the pursuit, etc. The developers put their effort to create the gameplay much more vertical and provided many possible ways of success - players can for example send their Ranger on the high ground, enabling him to fire at the enemy from a safe distance, while Rogue will sneak through underground passages, right behind the enemy lines. Speaking of a more subtle approach - totally new stealth mechanics present in the game is influenced by light and darkness. Using shadows will make your character much harder for the enemies to see, allowing him to sneak past them unnoticed. Light and darkness can also be manipulated by magic.

Baldur's Gate III key is for Steam platform is a digital download product – no box included. The price applies to a digital version of the product.
System requirements