Borderlands: The Handsome Collection is a bundle of two, extremely popular RPG, First Person Shooters: Borderlands: Pre-Sequel, and Borderlands 2, including every released DLC. Both games were developed by Gearbox Software. In the game, the player once again visits unfriendly planet Pandora, a world full of adventures, diversified locations, enemies, and countless amount of loot. One of the most characteristic features the Borderlands series is vivid, colorful, comic-style graphics and ridiculous humor. 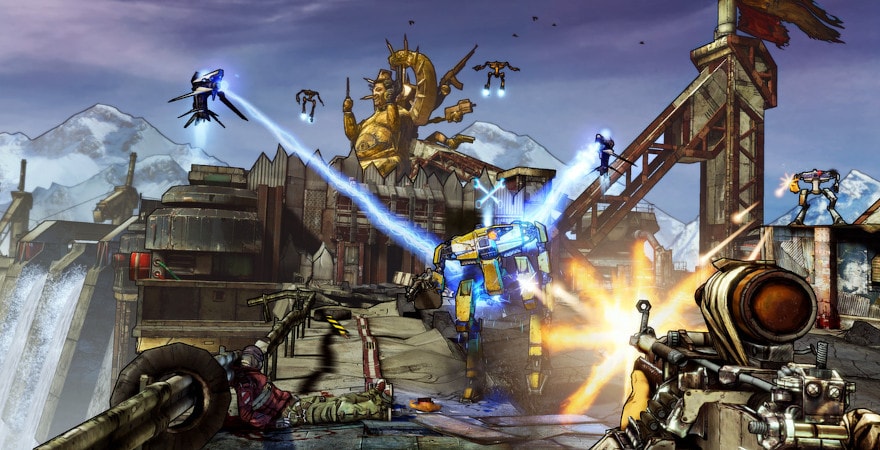 The story in Borderlands 2 begins shortly after the events from the first game. The main antagonist of the game, the man called Handsome Jack, bought the biggest weapon producing company, Hyperion, and became self-proclaimed dictator of the whole Pandora. Our main task is to help the group of rebels and end the reign of the tyrant.

The action of Borderlands: Pre-Sequel takes place between the events of Borderlands and Borderlands 2. The game takes the player to Pandora's moon. During the adventure, players have a chance to learn about the past of the infamous Handsome Jack the antagonist of Borderlands 2. As the story progress, we can see how Jack was changing, what motivated him, and why he became the man he was in Borderlands 2.

Both Borderlands: Pre-Sequel and Borderlands 2 are so-called loot shooters. During adventures on Pandora, players not only complete quests and fight a variety of enemies, but also gather countless amounts of powerful loot. Players can choose one of 10 playable heroes, where each of them has a different role (tank, support, and damage dealer), set of abilities and talent trees. Borderlands 2 gives us chance to play as: Axton The Commando, Gaige The Mechanomancer, Kreig The Psycho, Maya The Syren, Salvador The Gunzerker, and Zero The Assassin. Borderlands: Pre-Sequel introduces new characters and they are: Athena The Gladiator, Wilhelm The Enforcer, Nisha The Lawbringer, and Claptrap The Fragtrap. Borderlands series strongly focuses on cooperation players can play in 4-person teams. In some cases, playing together may be much easier, as different heroes are more effective in certain scenarios. However, nothing stands in your way if you prefer playing as a lone wolf. 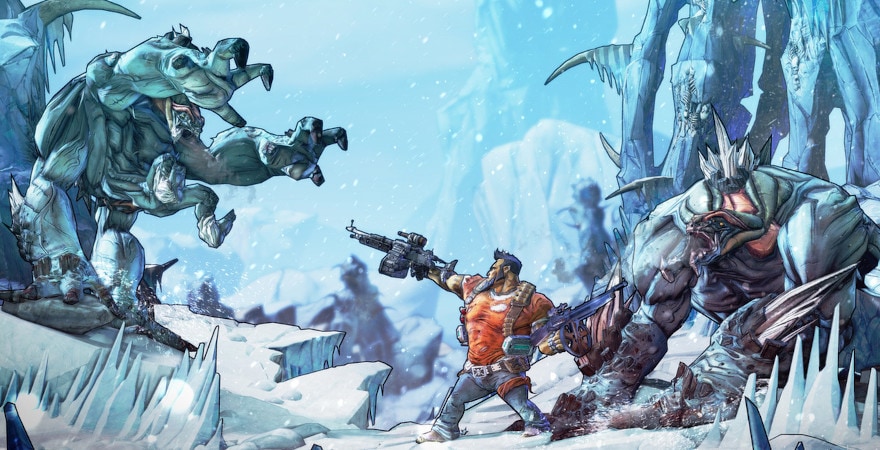 Borderlands: The Handsome Collection gathered generally favorable reviews. The bundle is a great opportunity not only for everyone that wants to begin his story with Pandora and the Vault Hunters but also for every fan of the Borderlands series.