Castle Crashers is a 2D side-scrolling beat’em up video game developed by The Behemoth and released in August 2008 by the same company. The game lets you choose your character from a multitude of available ones, each with his own unique abilities and playstyle, and tasks you with beating hordes of enemies in order to retrieve the mystical gem and free kidnapped princesses. 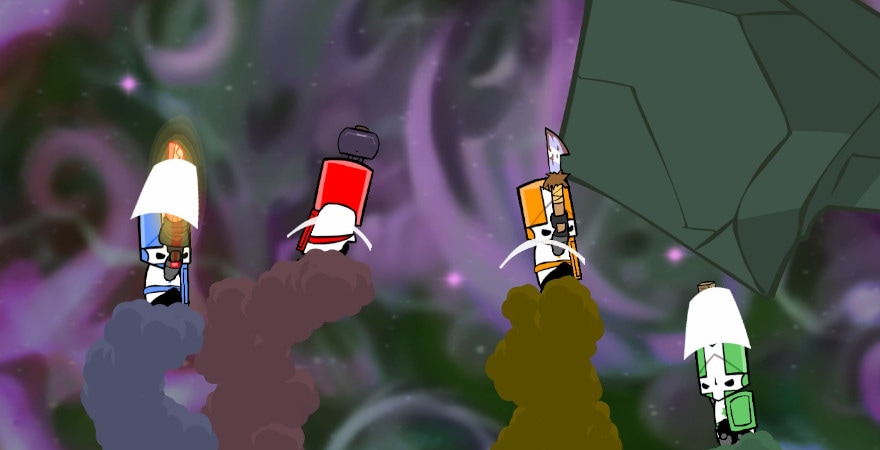 Castle Crashers story is set in the fictional medieval world and begins during a castle party, rudely interrupted by a dark wizard. Shortly after his appearance he manages to steal the mystical gem and kidnaps king’s four daughters. Once the wizard escapes with the treasure, the king orders four knights to follow him, retrieve the stolen gem, rescue princesses, and bring the villain to justice.

Castle Crashers is a 2D side-scrolling beat’em up game where you can choose your unique character and beat waves of enemies using your character’s skills and the currently wielded weapons. You will have access to the overworld map from which you will be able to select the stage you want to play. 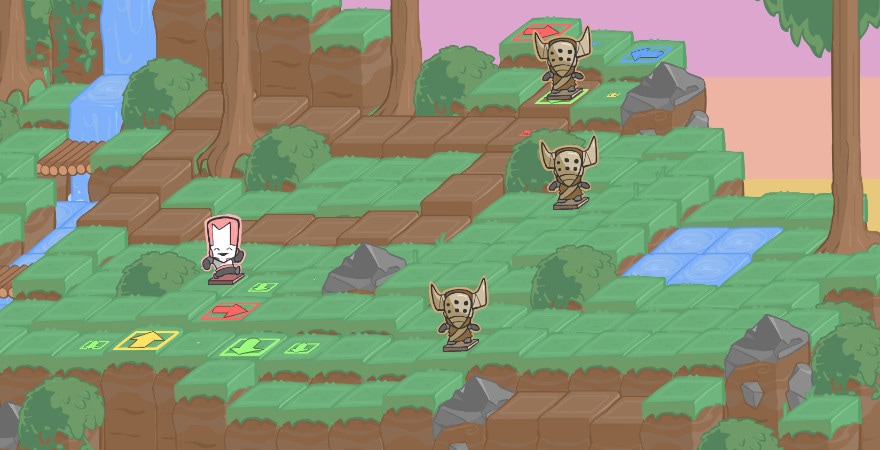 As you play you will unlock more attacks, and also earn experience points to level up your character, as well as coins to spend in shops on new weapons. As your character levels up he gains bonus points you can use to increase his basic attributes – strength, magic, defense, and agility – to further improve his battle performance. During your journey, you will encounter multiple animal companions that can follow you around and allow your character to use special companion-exclusive abilities.

The game can be played in single-player mode or online with up to 3 other players. Multiplayer enables new features, that are unavailable when playing alone, such as the possibility to revive the downed teammate.

Castle Crashers for PC received favorable reviews with critics mostly praising game’s roster of available characters, dynamic combat system, and the challenging difficulty that is demanding enough to require some actual skill but not to the point of being frustratingly hard to beat. Reviewers also noted the game’s excellent multiplayer, bringing a lot of additional fun when played with friends.