In Cortex, 2 to 6 players will compete against each other, quickly guessing the answers to 8 types of challenges that develop the different functions of the human brain. They will receive puzzle pieces for correct answers and the first person to get all 4 pieces and complete their brain picture will be the winner!

Cortex will allow you to warm up both hemispheres of your brain and flex it properly. This is a great family game that will also work well at parties, meetings or while traveling!

What is it about?

1. The youngest player flips the top card from the pile, placing it so that everyone can read it.
2. When a player determines he knows the answer, he immediately covers the card with his hand and shouts an answer!
3. When he removes his hand, you check if he was right and if so, he gets this (face down) card in front of him. If a player collects 2 cards with the same back, he exchanges them for one of the 4 puzzle pieces.
4. If he was wrong, shuffle the card into the pile and start the next round. A player who has just made a mistake cannot answer for the next round! 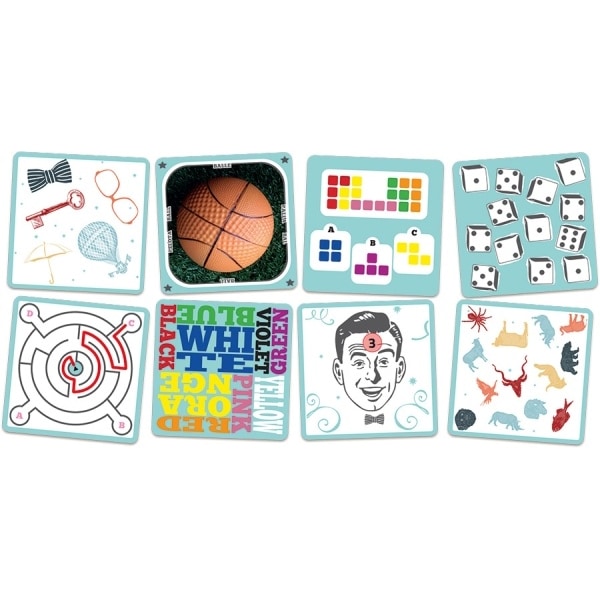 Eight kinds of challenges to stimulate your senses!

Awards and distinctions granted to the Cortex series

The Cortex series won the prestigious Toy of the Year 2017 title awarded by the Zabawkowicz.pl portal for the most valuable, smart and safe toys and games.