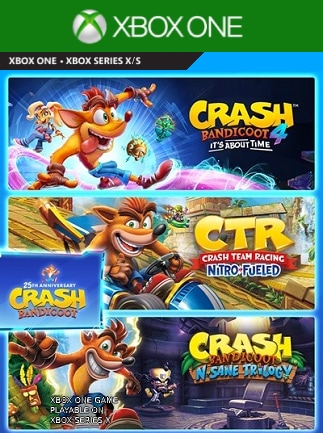 Get five full games in one amazing package with the Crash Bandicoot™ Anniversary Bundle, to celebrate 25 years of marsupial mayhem.