Resident Evil is a new Chapter for Dead by Daylight. It includes a Killer, Nemesis; two Survivors, Leon S. Kennedy and Jill Valentine; and a new map: the Raccoon City Police Station. Purchasing the add-on unlocks the new Killer, both Survivors, and an exclusive universal Charm.

Take control of Umbrella’s bloodthirsty bio-organic weapon and hunt your targets without mercy. Nemesis’ Power: T-Virus - A virus that causes extreme mutations and can be transferred to others. Heightens aggression and strength within The Nemesis.

SPECIAL ATTACK: TENTACLE STRIKE - Press and hold the Power button to charge an attack. Once charged, tap the Attack button. Hitting a Survivor with Tentacle Strike afflicts them with the Contaminated status effect and increases your Mutation Rate. If a Survivor is already Contaminated, Tentacle Strike damages their health and increases Mutation Rate. Vaccine found in Supply Cases cures Contamination. Their availability is limited. After using a Vaccine, the Survivor’s location is revealed by Killer Instinct. 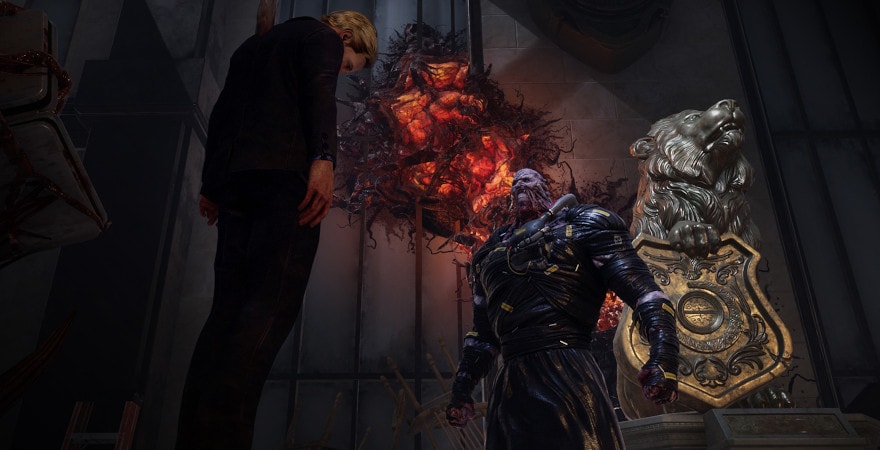 If a zombie hits a Survivor, they inflict them with the Contaminated effect. If already Contaminated, their health will be damaged.Zombies can be destroyed by a Tentacle Strike to increase your Mutation Rate, and Survivors can destroy them with pallets. Destroyed zombies eventually respawn.

Unflinching in his mission to expose Umbrella, Leon has proven himself a true survivor since his first day with the RPD.Leon comes with 3 new perks.

Bite the Bullet - Mask all noise including grunts of pain when healing. Failing a healing skill-check will not trigger a noise notification and the amount by which healing is regressed will be reduced.

Flashbang - After completing a percentage of overall generator repair, enter a locker while empty-handed and press the Ability button to create a Flashbang Grenade used to blind or distract the Killer.Rookie SpiritComplete a certain number of good or great skills checks while repairing generators to activate Rookie Spirit and reveal the auras of all regressing generators on the map. 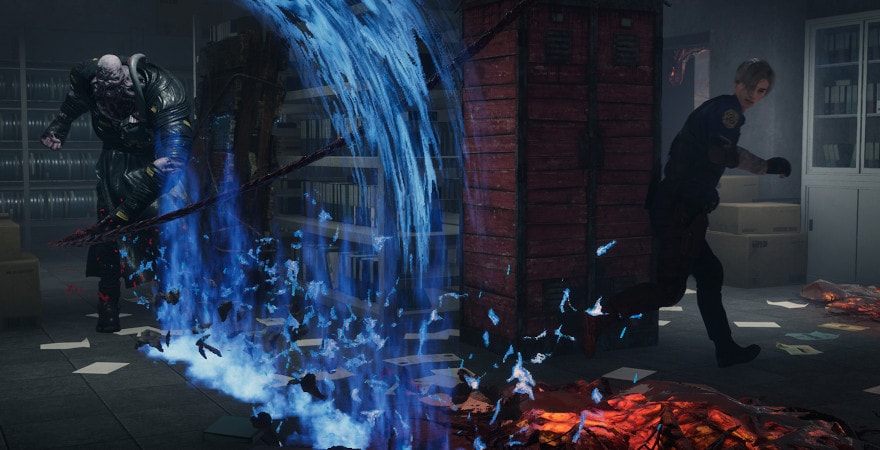 Jill is a brilliant S.T.A.R.S. agent, one of the only surviving members of her unit, and a hard target for even the most unrelenting adversary. Jill comes with 3 new perks.

CounterforceCleanse -  totems faster. After cleansing a totem, the aura of the furthest totem from you will be revealed for a short time and you gain an additional speed bonus on cleansing for the remainder of the trial.

Resurgence - Instantly gain a sizable percentage of healing progress after being unhooked or unhooking yourself.

Blast Mine - After completing a percentage of overall generator repair, Blast Mine activates. Use the Ability button to install traps on generators, revealing their auras to all Survivors, and creating an explosion that stuns Killers if they are damaged.

Once home to the RPD’s elite S.T.A.R.S. unit, the labyrinthine hallways of this converted art museum are now overrun by the undead and host to a relentless evil.

The Resident Evil chapter includes an exclusive universal Charm: Umbrella Corporation, only available as part of the DLC. Please note that this item cannot be purchased separately.

Warning! This content requires the base game Dead by Daylight in order to play.
System requirements