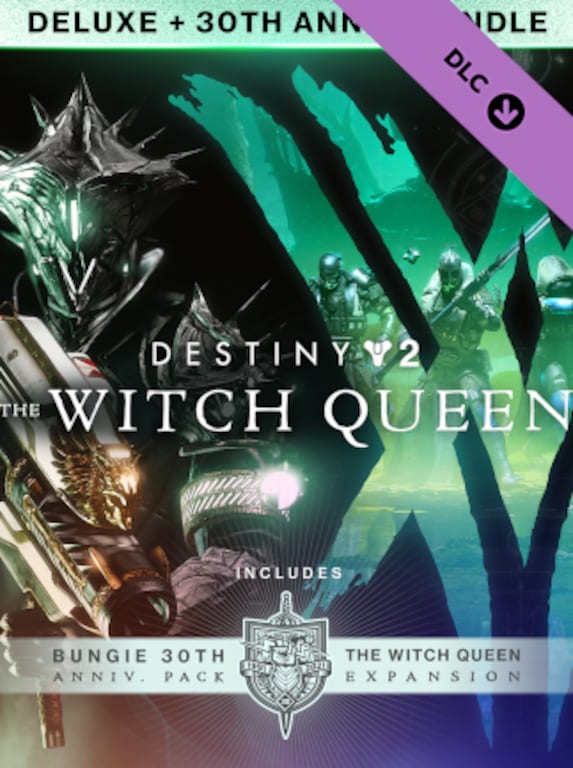 Destiny 2: The Witch Queen Deluxe Edition Bungie 30th Anniversary Bundle is a great choice for Destiny 2 players who want to experience the latest content and don't miss anything. The pack contains multiple DLC items on ...