Diablo 2 video game is a sequel to the remarkably popular Diablo created by Blizzard North and released by Blizzard Entertainment in 2000. It is an RPG and hack and slash title that instantly gained incredible recognition around the world, and was even called by Time as one of the best games ever made. The game is easily accessible and can be downloaded from battle net store.

The seemingly defeated forces of darkness broke free and once again returned to the world of the Sanctuary. Diablo takes over the body of the warrior who defeated him in the previous part and releases darkness into the world with only one purpose in his mind - to destroy humanity. At the same time, he sets out to free the ruthless Mephistos and Baal. You are the only one who must awaken all possible strength and courage in your heart to set off on a journey and finally wipe out all evil from the surface of this once peaceful land. Will you be able to restore peace? 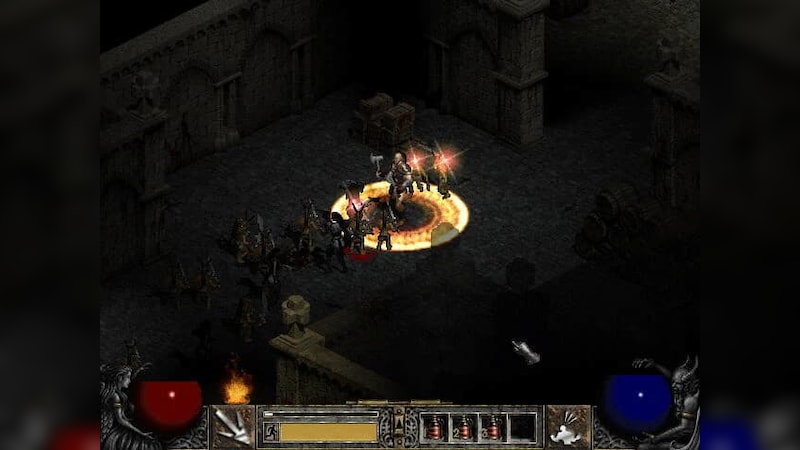 The gameplay takes place in an isometric projection classic for computer role-playing games. Compared to the first Diablo, the graphics have been significantly improved, offering a much better aesthetic experience. When starting the game, the player can choose from one of several mighty character classes: Amazon, Necromancer, Barbarian, Sorceress, and Paladin. The choice of characters will have a vital impact on further gameplay, as well as the comfort of performing. Each class of heroes has unique skills to offer and completely different paths of development. The Amazon can summon Valkyrie, the Necromancer resurrects skeletons, the Paladin deals extremely powerful damage to the undead, the Barbarian has been blessed with remarkably great strength, and the Sorceress can use the forces of nature to her advantage.

Further gameplay is focused on exploring the vast land and interacting with the elements of the environment. Players can meet hordes of horrifying monsters, get to know NPCs, explore ruins and caves, discover treasures and acquire extremely valuable items. Locations are generated randomly, so players avoid the boring repetition. As suits a respected hack and slash title, slaying as many monsters as possible leads to further character development. However, deaths also happen from time to time, and then the hero returns to the city from which he resumes his journey. 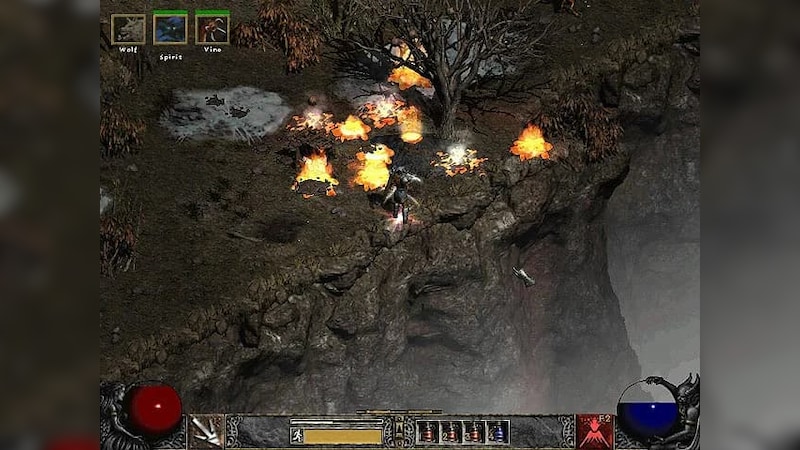 Diablo 2 game offers three difficulty levels: Normal, Nightmare, and Hell. However, you can't play on a harder level if you haven't completed the easier one. The possibility of cooperation with other players in the multiplayer online mode for up to 8 players via LAN or Internet has also been introduced.

Diablo II received its own spot in the Guinness Book of Records in 2000 for the fastest video game sale ever. The title is already a legend in the RPG genre and since its release by Blizzard, it has received only positive reviews from around the world, as well as many great awards. It is a game referred to as the one that every player in the world should buy at least once in their life.