The first expansion pack to Diablo 3 offers new features and some improvements to already known from D3 gameplay. Loot system is completely revamped – comparing to D3 – less objects are falling from enemies, but they are more valuable and better adjusted to the class of the protagonist. It is all thanks to Smart Drops function.

There are plenty of new challenges for the player, some of them are sets of quick and difficult tasks, which get unlocked after completing other missions. Technically the DLC looks similar to D3. Also, it introduces a new character: the Mystic, who can enhance visually the equipment and weaponry.

There are plenty of additions and new features to the core gameplay of Diablo 3. A new class of characters is introduced – the Crusader. It specializes in large weapons like flails, that are also a new thing in the DLC, holy magic and defense. The new Adventure Mode allows the player’s character to freely roam around the world. Along the way, the protagonist can visit random dungeons, called Nephalem Rifts, and Bounties. It doesn’t add to achievements, but is great fun. 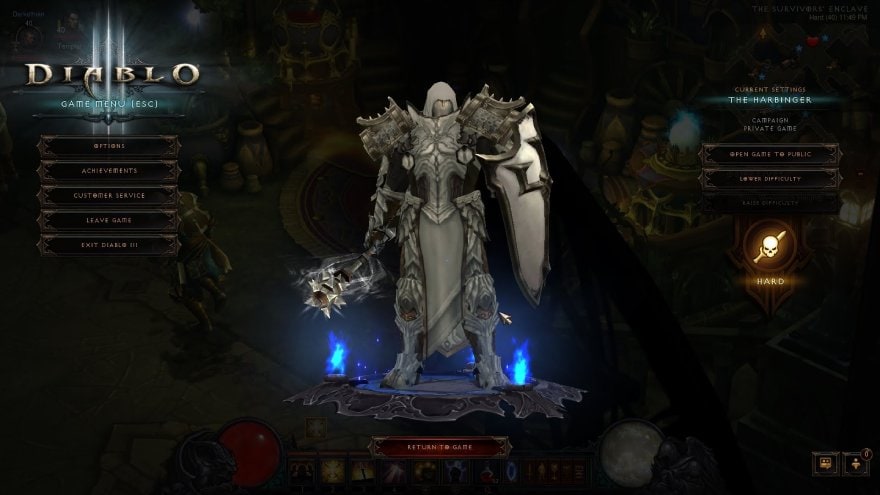 The other new feature is rise of level cap – to 70 from 60. There are also plenty of new skills, passive abilities, runes, as well as fourth slot for passive skills that unlocks upon reaching the maximum 70 level. There are new achievements, both in seasons and in career path.

The story of the DLC starts after Diablo gets defeated by the Nephalem – the player’scharacter. Tyrael recovers the Black Soulstone which has the soul of Diablo and other six Great Evils. Tyrael knows the Black Soulstone can’t stay in the hands of humans, so he decides to take it to the Sanctuary.

He and six Horadrim make it to the tomb of Rakkis, the first King of Westmarch, where they want to bury it. However, Malthael, the former Archangel of Wisdom, caught them in the middle of the operation. He kills all Horadrim, except for one, enslaves Tyrael and steals the Black Soulstone.

Upon release the DLC received great reviews from gamers and industry. Critics especially praised it for improvements and new features, as well as dark vibe, new loot system, diverse gameplay and interesting story. Reaper of Souls has also enjoyed great sales since its release. In first week of sales, the expansion sold 2.7 million copies.

Warning! Diablo III: Reaper of Souls is an expansion pack for the action role-playing video game Diablo III. This product requires the standard version of the game activated on your Blizzard (Battle.net) account.
Warning! This game CAN NOT be activated and PLAYED in CHINA.
System requirements