The throne of Dunwall requires protection once again. Set fifteen years after the first game, Dishonored 2 gives you the choice. Choose Corvo Attano, the master assassin and royal protector you know from the first game, forced to enter the shadows once again. Or play as Emily, once a child you saved in Dishonored 1 now an Empress and warrior trained by Corvo. Each character comes with unique abilities granted by the ever-curious Outsider. 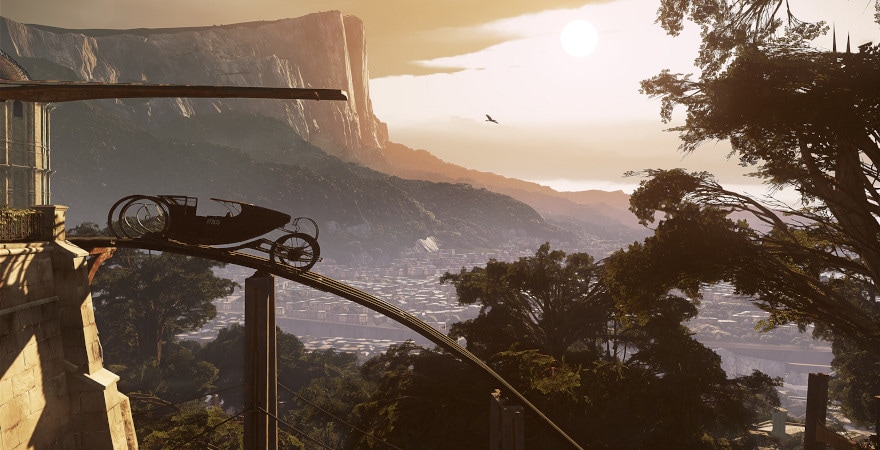 Dishonored 2's protagonists bear different Outsider-given powers. Corvo keeps the abilities every veteran of the first game will be familiar with, including iconic Blink and Possession, meanwhile Emily is given brand new abilities, suiting her birthright as the ruler of her people. Their abilities influence the way they are able to approach the levels, and give insight to the core of their personalities.

The Outsider, Dishonored's infernal meddler, grants Emily five brand new powers, vastly different from those of Corvo. The Empress can summon a totem capturing the attention of everyone around it, and drawing bizarre comments from those staring into the void. Her primary traversal with be powered by the Far Reach, a shadowy grappling hook she can use to grab far ledges, items and enemy heads. Or she can transform into a fiend of black smoke to sneak around and dismember her opponents. Each power, including Corvo's, offer branching upgrades to let you customize your experience. 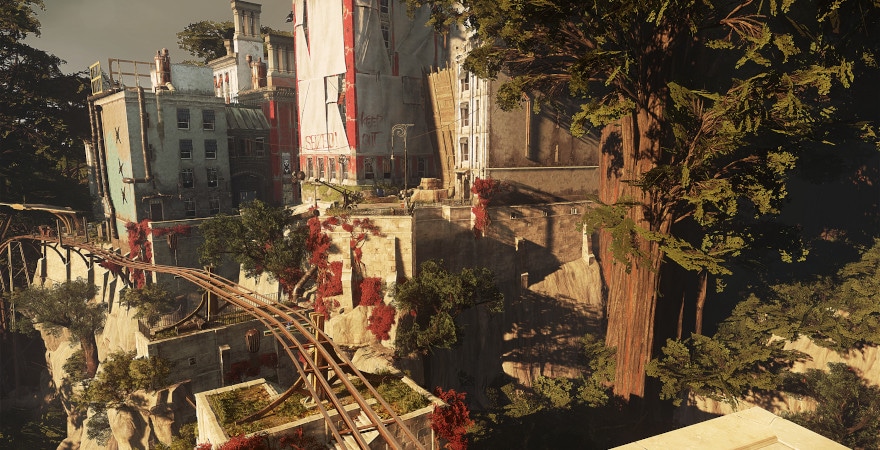 A change of scenery

Dishonored 2's storyline takes you to the city of Karnaca on Corvo's homeland, the island of Serkonos. A locale inspired by Greece, Spain, and Italy it is a sun-bathed town, tormented by vicious swarms of blooflies spawning from corpses, and violent sandstorms in the Dust District. Sunny scenery of Karnaca brings colour and light to the series, and the Void engine provides gorgeous visuals perfectly capturing the atmosphere. 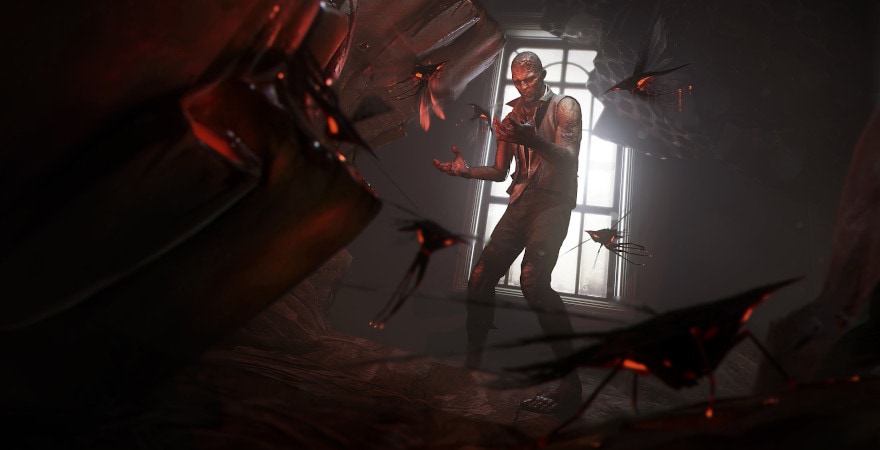 Just as its predecessor, Dishonored 2 (PC) encourages players to be creative in the ways they approach each mission and area. Using Emily's Domino power to link the fates of several people and then toss one over the ledge, having Corvo stop time and possess several people so that they kill each other, the possibilities are limited only by your imagination. The architecture of the levels provides enough opportunities to have you replay the missions to explore all the options for stealth, combat and creative disposal of enemies and targets.

Dishonored 2 is set 15 years after the events of its predecessor and tells the story of now adult Emily, Empress of Dunwall, and the returning protagonist Corvo Attano. The game perfects an excellent formula of Dishonored 1 and gives the players a new playground in the form of sunny city of Karnaca.