The action of the game is presented in the first-person perspective. In the early stages of the game, the player will be occupied by completing low-risk drug deliveries and small transactions on the streets. However, as players will progress in the game, their criminal business will grow, giving start to a serious narcotic empire.

The player's job is to prepare the goods for sale, creating new recipes, making deals with gangs, and avoiding DEA (Drug Enforcement Administration). During the gameplay, players can establish numerous hideouts, hire new people to work for them, and even eliminate the competition.

Drug Dealer Simulator features simple Respect mechanics. It indicates players' activity within a certain territory. Respect can be earn by selling drugs, making tags with spray paint, or giving free samples to your clients. This influences the number of clients in a certain territory and has an impact on the prices of your goods - higher respect equals more money for your drugs. It is worth adding that Respect will decrease over time and it should be regularly monitored.

During your daily, drug dealing routine, you must be aware of your surroundings. Running, or carrying a large bag will make you look suspicious and the authorities may decide to search you. If your pockets are empty, you are lucky. Otherwise, you are in big trouble. You can try to run, but it is much riskier. If the police manage to catch you, the consequences will be much more serious.

Another interested mechanic featured in the game is Day & Night Cycle. At 21:00 the Police Hours begin. During that time, the city will be highly monitored by the police. If you will be caught and searched during Police hours without having any drugs on you, you'll be fined 50$ and returned to your apartment. However, if the police will find any drugs the fine will increase to 100$ and you will end up in jail, until the next morning. 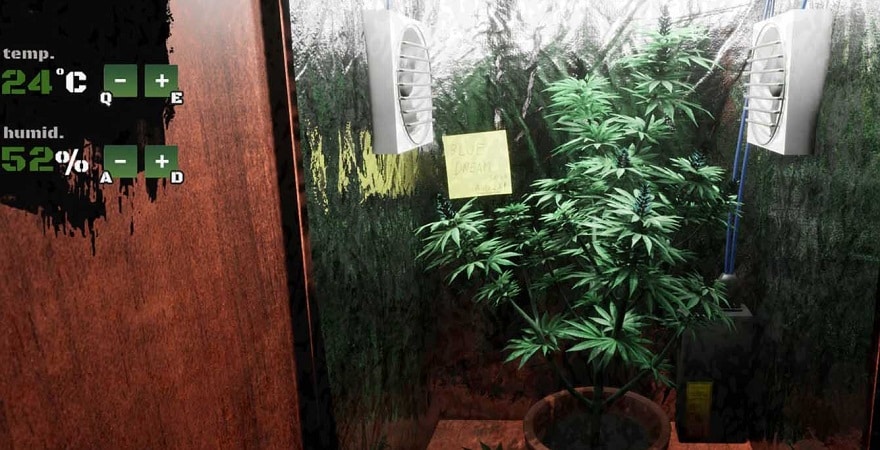 Drug Dealer Simulator received good reviews from the community. According to the Steam platform, over 88% of all players' reviews are positive. Players praised the developer for regular updates and improvements implemented to the game.