In the distant future, the power of science and technology has ushered a new age to the human race. Space and time have become irrelevant thanks to virtual reality. A new kind of supercomputer has been developed – a machine whose superior artificial intelligence and computing capability will push humanity even further. There is only one problem: there isn’t enough energy in the whole planet to feed this machine.

You are a space engineer in charge of a project launched by the space alliance COSMO, tasked with a massive undertaking: constructing Dyson Spheres (a megastructure that would orbit around a star, harnessing all its power and energy) to produce the energy that humanity needs. Only a few decades ago, Dyson Spheres were considered a hypothetical, impossible invention – but now it’s in your hands… Will you be able to turn a backwater space workshop into a galaxy-wide industrial production empire? 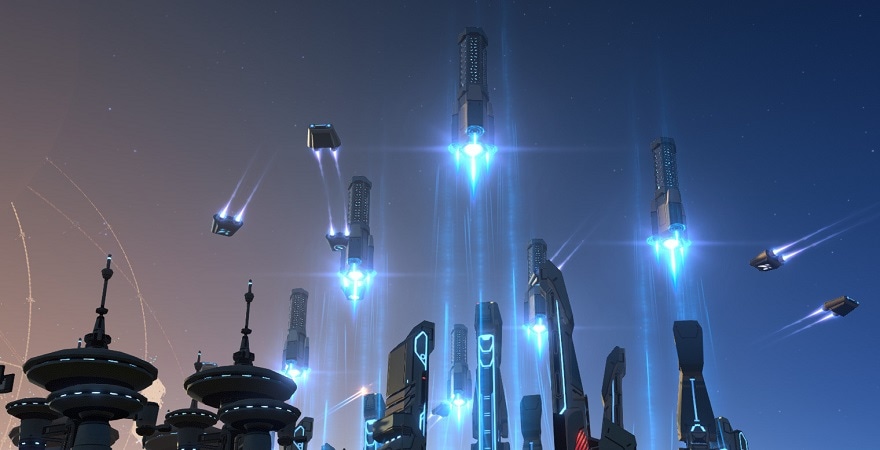 Neutron stars, white dwarfs, red giants, gaseous and rocky planets… There is a big and varied universe out there, waiting for you to gather all its resources.

Every playthrough will be unique: your universe will be procedurally generated every time you start a new game. There will be different types and distribution of stars, planets and resources. Will you manage to thrive and build your Spheres, no matter what the universe throws at you?

As a space engineer, you are expected to design your interstellar factory and production lines, not to micromanage every small package going back and forth. You have to transport materials from one planet to another, forming interstellar transport teams that gather resources and bring them to where they are needed.

Then, your resources can be transported between facilities through conveyor belts, and you’ve got the technology to help your buildings fit the grid automatically during the construction process. You’ve got the best tools COSMO can afford to build a massive-scale automated production line – the most efficient one ever seen in the universe! 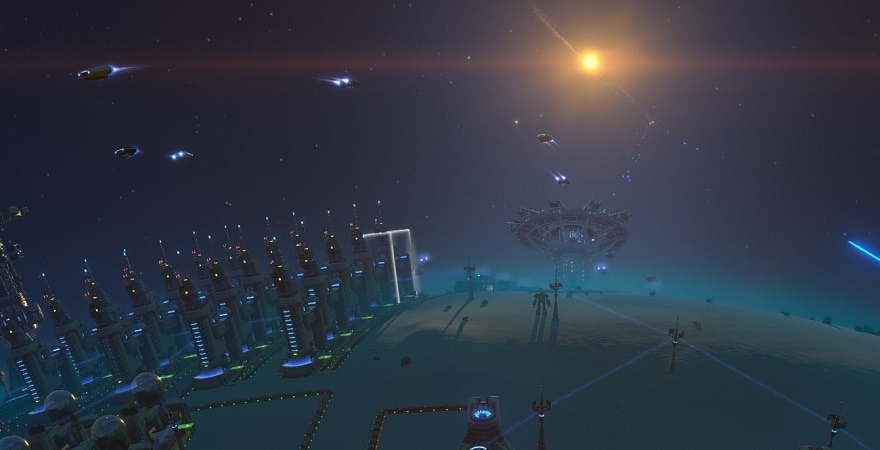