You take the role of the character that wakes up one day, discovering that he has become a Pokémon. Suffering from amnesia and unable to remember any details from his previous life, you decide to look around the area in search of the answer to the questions that bother you. 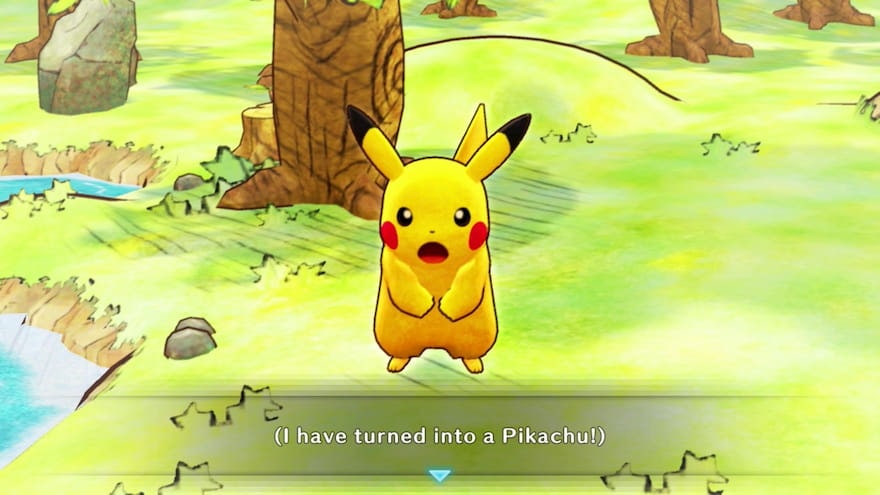 The protagonist quickly realizes that the world of Pokémon has been devastated by numerous and mysterious catastrophes. Unite with your new companions, and look for answers that can help you find your way back home. Do not forget to help citizens, because like in any other RPG game, they can give you valuable information.

The three-dimensional world of Pokemon Rescue Team DX is presented in an isometric view. At the beginning of the adventure, we control only our main Pokémon. Still, over time other creatures join us, from which we assemble a team of brave rescuers, taking into account their statistics and available attacks. The most important part of the game is the exploration of grid-covered fields randomly generated undergrounds, forests, and other colorful locations, where we will find the objectives of our missions. 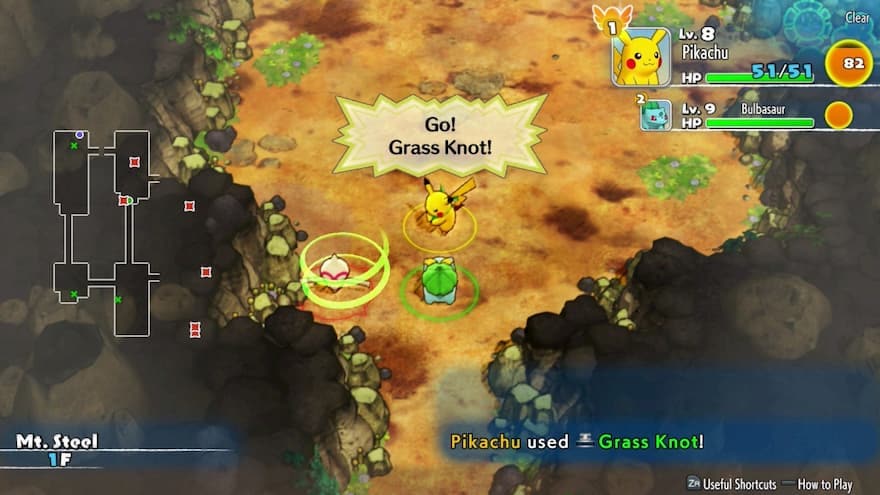 Like in other Mystery Dungeon titles, beating our opponents, our Pokémon gains more levels and experience points, thus gaining new attacks, but they are zeroed after moving to the main base. Time spent underground is also limited by hunger. If we don't find food, the creatures will gradually lose their health points and will be forced to retreat.

Pokemon Mystery Dungeon Rescue Team for Switch received mostly positive reviews from critics and players and was the best selling game in Japan in the first week after the release.