The Legends of Zelda: Breath of the Wild takes you to the full of mysteries and adventures world of Hyrule. As Link, your mission is going to be saving the world from evil by using your abilities acquired throughout your adventure. In this open-world action-RPG, you don’t follow any beaten track, as spending time on exploring the world rewards you in unforgettable memories, collectibles, upgrades, and new abilities. Here, you decide how you play the game as even the way or time you finish it isn’t dictated by any rules.

In Breath of The Wild Link wakes up with amnesia and is asked to go back to certain locations in search of his lost memories. His awakening is not a coincidence as Calamity Ganon grows in strength and needs to be stopped before he takes control over the lands of Hyrule. In order to stop him, Link has to travel through the lands of the kingdom, become stronger and release the Divine Beasts from Ganon’s control.

Zelda Breath of The Wild Gameplay

The players take control of the main character ­– Link - and set out to explore the open-world of Hyrule. The game focuses on slightly pushing the player into exploration of the world by not giving clear directions about what to do or where to go. Freely exploring the vast lands allows you to discover various interesting locations, hidden secrets, and puzzles, as well as give you the option to search for collectibles hidden around. Using certain means of transport like climbing mountain walls as well as fighting requires stamina which is limited, but can be upgraded later in the game. 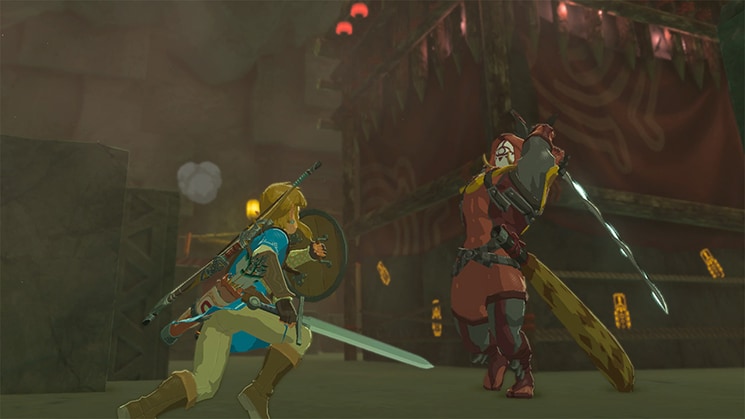 Players are encouraged to think outside the box with the physics model helping in combat and solving puzzles. Take a new approach and make use of everything to reach your goal like sending heavy objects flying to hit something and even using the weather conditions for your advantage. Unlike in other games from the Zelda franchise, here your weapons and shields deteriorate, which creates a need to resolve certain situations in the most efficient ways and encourages planning before approaching your opponents.

Craft various useful objects like food and weapons using the available resources you find around the world and at the traders. Creating your own items can be a large part of the game, as it allows you to gain powerful equipment as well as temporary buffs and resistances to certain types of damage or environmental effects. Crafting opens up even more when you realize that you can use certain objects in different ways, such as the arrows dropped by your enemies can be used as materials and pieces of wooden armor can help you in creating a campfire.

Exploration is not only about wandering around and enjoying the views, but it’s also about completing quests to gain benefits. In BOTW you can challenge yourself in puzzles and other missions placed in the shrines scattered around the world. Completing a shrine objective rewards you with Spirit Orbs that later on can be traded for health or stamina points. 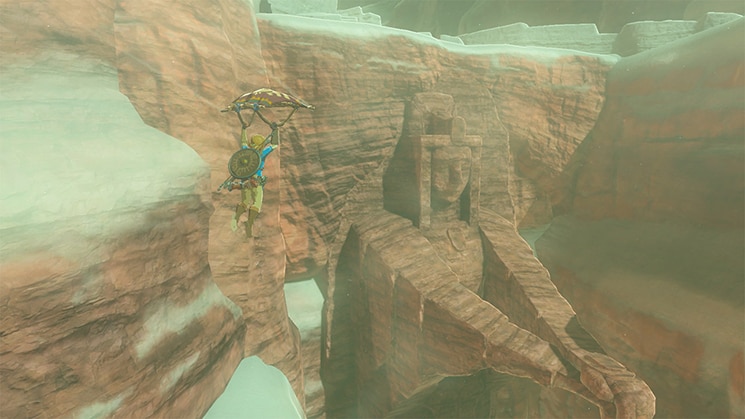 Getting lost? No problem, Link can mark points on the map with the Sheikath Slate that you receive at the beginning of the journey, serving you not only as a map but also as the key to many locations and storage for many advanced abilities. While playing, new powers can be added to the arsenal such as bombs, creating ice blocks or even stopping time.

The Legends of Zelda: Breath of The Wild garnered positive reviews from both critics and players, sometimes even named one of the greatest video games of all time. The mix of elements of older games from this series, with many innovations, created an unforgettable experience and left not only new players but also fans of the older titles impressed of this game.