Final Fantasy XIV: Online introduces the player to the realm of Eorzea. In this bustling world, the player will begin their days of adventuring, joining parties with others, and taking on increasingly difficult tasks. The excellent character progression and battle mechanics make FF XIV:O one of the best MMORPGs available, as proven high review scores from critics and players alike.

The game is the fourteenth main installment in the Final Fantasy series and the first MMO game in its history. FF XIV is set in a fantastical world of Eorzea, where the player controls an adventurer, whose feats gain them a comparison to the Warriors of Light – heroic defenders from the bygone era. The game features various gameplay mechanics the fans of MMOs will recognize, such as character progression, job systems, etc. The Starter Edition gives the player access to the base game and character level cap of 50. Final Fantasy XIV: Online received nearly universal critical acclaim, with many calling it one of the best MMOs available on the market.

FF XIV: Online gameplay features include a variety of mechanics that the veteran players of MMOs will easily recognize. For example, one of the key mechanics is the party system. The players can team up to tackle quests and challenges. Some of them even require the players to show up in specified numbers, before they can be accomplished. The game allows the players to form guilds, called the Free Companies, which unlocks various perks and new missions to accomplish. 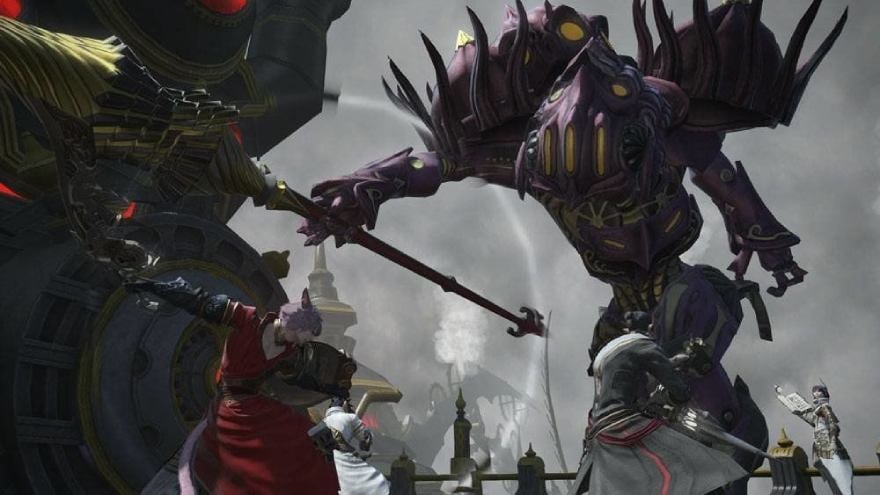 The heroes of Eorzea

The player’s character, a nameless adventurer, can represent one of several classes, falling under four disciplines: War, Magic, Hand, and Land. These classes are determined by what equipment the character carries, while disciplines decide on their specific skills. The classes available in the Starter Edition include Gladiator, Rogue, Pugilist, Arcanist, and more. Some of them can be expanded with specific jobs: Gladiator can be hired as a Warrior, Rogue can take on the mantle of a Ninja, and so on. These options make for an elaborate class system, in which the player has a lot of flexibility in creating their character.

The Tale of the Warriors of Light

The Warriors of Light were the most heroic adventurers of the realm of Eorzea. Their identities were mysteriously wiped from the minds of the Eorzea citizens, but the memory of their deeds remains. As Eorzea faces an invasion from the Garlean Empire, and mysterious forces seem to be working in the shadows to bring about an even worse disaster, a young adventurer arrives in one of the Eorzean towns, full of hope and eager to help. Because of their actions, a rumor has spread that the legendary adventurers have returned to help Eorzea once again.

Final Fantasy XIV: Online received nearly universal critical acclaim. The game was praised for everything from its complex gameplay systems to the story. Eorzea, the game’s setting, was also praised for its vibrancy and scope. FF XIV:O received similar praise from the fans as well.