Project Cars 3 is the next release of the series of racing games, developed by Slightly Mad Studios, the team responsible for creating two previous installments. In the game, players get a chance to race during realistic competitions, on challenging tracks scattered all over the world - Shanghai, or Sao Paolo are but two of many places, that players will visit during the gameplay. The new game runs on a modernized Madness engine, providing enhanced experiences. The developers have introduced numerous important changes and new mechanics, in comparison to previous games of the series.

The gameplay in Project Cars series is all about realistic races, and Project Cars 3 is no different. Realistic simulation of driving is one of the game's trademarks. Players will race on over 140 tracks, located in various corners of the world. The game features a rich selection of over 200 powerful super-cars, making sure to satisfy every automotive enthusiast. 90 QUATTRO IMSA GTO, R18, Audi TTS COUPÉ are but a small part of the vehicles offered by the game. 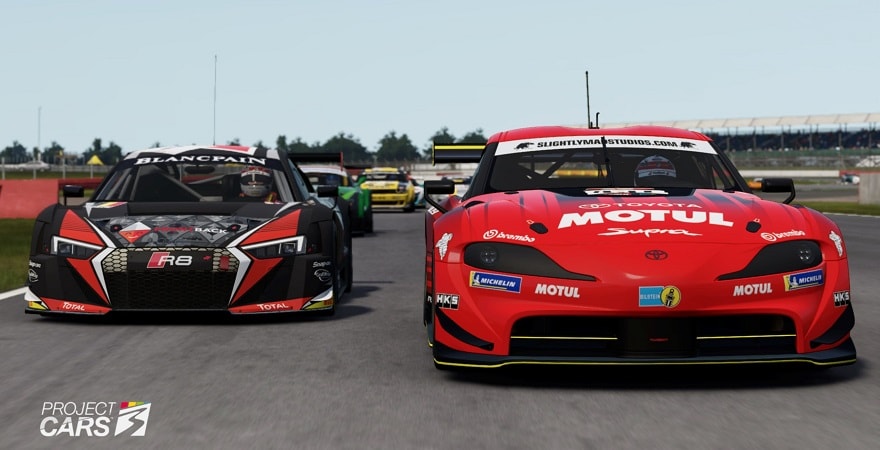 PC3 offers significantly more car customization options - players can not only change the visuals of the vehicle, but also components influencing the general performance of the machine. It is worth mentioning, that every car and every part that players can install inside them is officially licensed. The game features customizable difficulty levels, in order to provide entertaining experiences to a wider range of players. To make the game more challenging, we can turn off every possible driving assist, and greatly increase the game's realism and immersion.

The developers from Slightly Mad Studios have rebuilt the single-player Carrier mode, improving the artificial intelligence of the player's opponents, and modifying the system of progression. Additionally, the game received re-freshened tire upgrades, more realistic car crashes, 24-hour cycle, as well as dynamic Seasons and weather conditions which significantly influence the way our cars will behave on track. 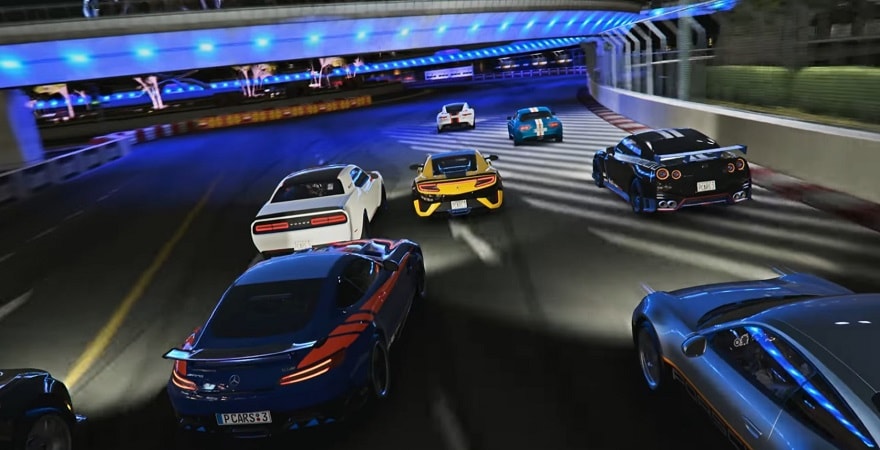 Besides the single-player experience, the game offers an online multiplayer mode. It features classic multiplayer competitions like quick race, or multiple races series, but also new Rivals mode, in which we can test our skills racing against 'Ghosts' of other players. To make things more competitive, Project Cars 3 provides a detailed ranking system, where players can compare their achievements with others.