Aquanox Deep Descent is the fourth game of the futuristic submarine simulator games originally initiated by Massive Development in 1997. The new installment of the game was created by Digital Arrow. During the gameplay, players will have a chance to become a pilot of an advanced submarine shuttle fighting in spectacular battles deep under the ocean. The game features spectacular, three-dimensional graphics and a high-quality soundtrack. It is worth mentioning that the game release was possible thanks to a Kickstarter fundraiser.

The story presented in the game takes place in the distant future. Because of the global cataclysm, Earth is no longer habitable. Those who survived were forced to learn how to live deep under the water. As the supplies and natural resources essential for survival started running short, the fight of the fittest has begun. The new world, now known as Aqua, became a huge battlefield in which numerous factions fight for supplies and domination. 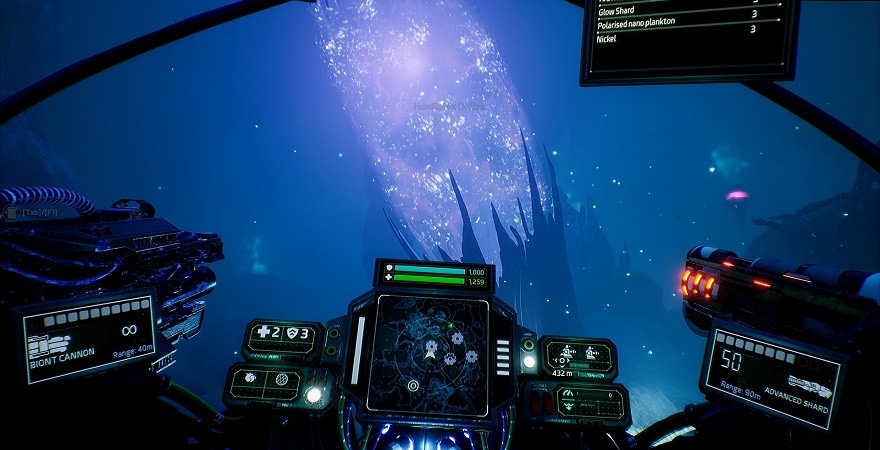 The action of Aquanox game is presented from the first-person perspective. The player takes on the role of a pilot controlling a futuristic submarine shuttle. During the gameplay, players will travel through dark depths of the ocean, completing a variety of different missions.

From time to time, the player will have to explore some shipwrecks, search for supplies, fight with challenging enemies, and even trade with other factions living in the ocean. As our submarine is the most essential element of the Aquanox game, we can use gathered supplies to modify and upgrade our vessel.

It is worth remembering that each new element significantly influences the vehicle's statistics. Using a variety of different modifications and custom parts, the player can create a unique submarine ship, matching his personal playstyle. Encounters with enemies are one of the main elements of the gameplay. 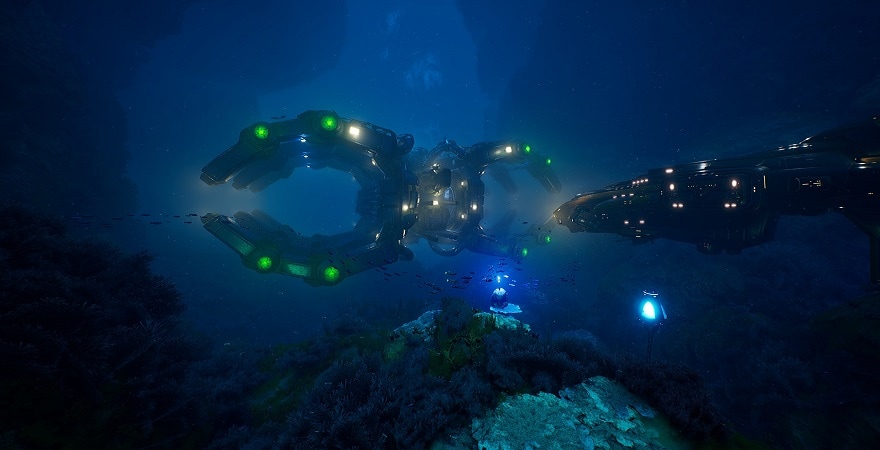 Challenging battles will put players' skills to the test. In order to survive, players will have to effectively use the powerful arsenal installed in their vessels. The game features heavy torpedo launchers, large-caliber machine guns, shrapnel launchers, and many more. Aquanox: Deep Descent features an engaging single-player campaign that can be played in cooperation mode with a maximum of three players.

Aquanox Deep Descent key is meant to be activated on the Steam platform.
System requirements