The femme fatale that fortune favored. Ensnare your enemies with your beguiling charms and take them down with the Golden Touch Challenge Pack. Outfit and Back Bling are reactive to eliminations and become more gold with each successful takedown. Weapons Marigold picks up can turn to gold. 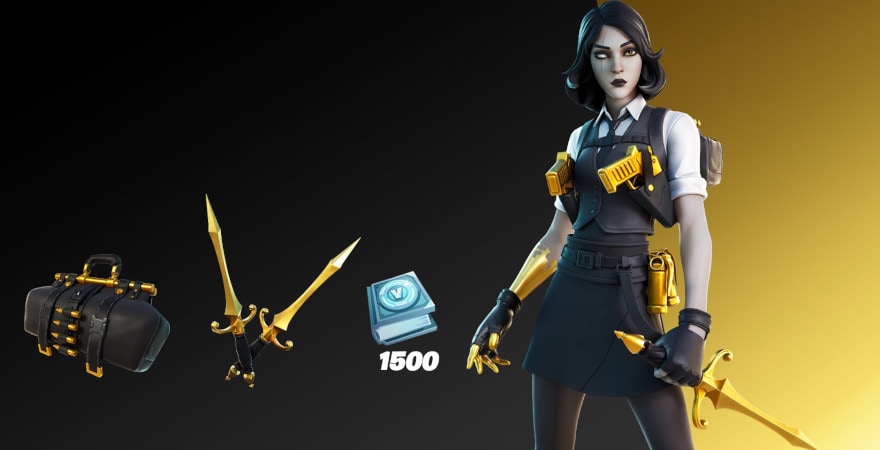 Warning! This DLC requires the base game Fortnite on Xbox Live in order to play.
Important! This game can be played on Xbox One and Xbox Series X/S. This version is optimized for Xbox Series X/S and may feature enhanced performance compared to Xbox One consoles.