The unkind fate threw William McKenzie (a former pilot) straight into the middle of a frigid Canadian wilderness, soon after a geomagnetic disaster. Waking up somewhere in a dark forest, the only thing he sees around is snow, ice and not a living soul in within kilometers. Equipped with the rest of his victuals, he will soon find out that he won’t survive there unless he will start to think about a shelter and anything to eat. Welcome to harsh world of The Long Dark. The world of geomagnetic apocalypse, which turned all the human’s technological development into waste, exposing human beings to disinterested power of Mother Nature. Survival means going off the beaten tracks, looking for abandoned cabins, barns or lodges, where you can wait the unbearable weather and find some useful artefacts. 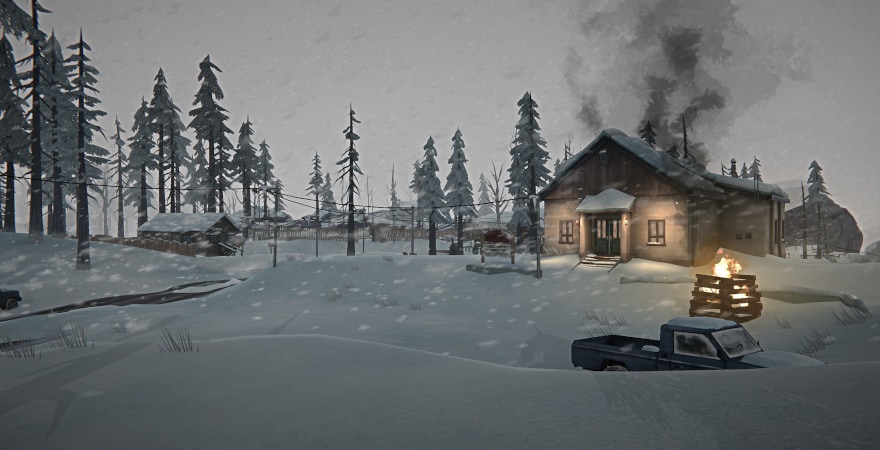 The Long Dark gameplay focuses more on the survival aspect than on atrocious fights known from other survival horror titles. You won’t find here any zombies, dinosaurs or mutants. Just pure nature in all its glory and might. A piece of cake? Not if you take into account such factors like hunger, thirst, illnesses, fatigue, temperature and many others. You will have to cleverly dispose your energies, as well as smoothly adapt to the conditions of the given day. Sometimes it would be better to hide in your lodge for few more hours or wait until the wolves will kill a deer instead of making heroic solo charges. 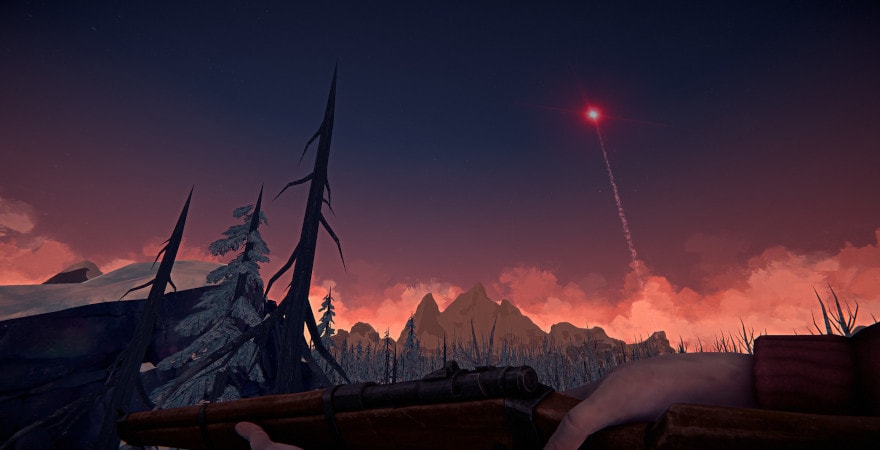 Explore the countless possibilities of an open-world, sandbox map. Wander around the 50 km square Great Bear island and reveal its secrets, learning its story and finding tips, which might help you survive. The exploration of the world, divided into several areas, varying slightly with climate and difficulty level will be a long-lasting, unrestrained challenge. Use your wit and your skills and hunt, fish, trap, climb, or search for life-saving food and gear items. Be careful, however, as once you die, there is now way back. Your save is gone and the whole adventure starts from the scratch. Apart from the Sandbox mode, you also try your luck in the campaign. Divided into five episodes, it features a storyline based around your additional aim – the search for Astrid Greenwood, who also survived the plane crash. You will encounter other people, which may have some important information or challenges for you. Not infrequently you will be also torn apart, standing in front of hard moral decisions.

The Long Dark game is released on several platforms, including PCs, PS4 and Xbox One.

The Long Dark (PC) for Steam platform is a digital download product – no box included. The price applies to a digital version of the product.
System requirements