This downloadable content (DLC) does not add anything within the context of plot and adventure. However, it focuses on construction possibilities provided to you. Not only does it give you an access to dozens of new items which you can build, but also a new location is known as Vault 88. The Vault 88 was never finished and it consists of only a main entrance, a security room, and reactor rooms. Now you can take care of it as a new overseer. Are you ready to take it on?

Despite the fact that we mentioned that the add-on does not focus on the plot of the game, still, there is a little bit of the history behind Vault 88. You are going to become a part of this story. 88 was one of the first vaults which were created by the Vault-Tec company. Even before the bombing, test subjects were located in it due to the fact that the main purpose of Vault 88 was to test various new technologies, which in the future were supposed to be used in other Vaults. 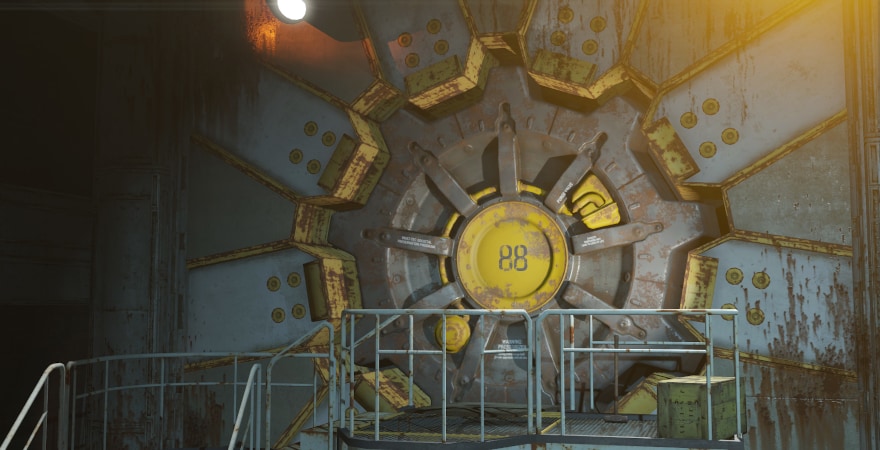 Hence, locking the Vault early would render it useless. However, bombing happened earlier than expected but the resulting fallout did not kill everyone. The overseer of Vault 88, Valery Barstow, is still alive, though she is a ghoul now. The Vault 88 can be accessed through a small cave, located beneath Quincy Quarries. When you finally arrive you realize that you run straight into the middle of a conflict between Barstow and raiders who are trying to claim the Vault. You have to take care of raiders and then Barstow is going to provide you with a few quests. When you finish all of them, you’ll become an owner of the Vault itself.

The game provides you with two new locations. Already mentioned Vault 88 and the University Point Pharmacy. The University Point Pharmacy is infested with feral ghouls and Barstow is going to send you there to kill them. There are also four new characters. First is Valery Barstow , a previous overseer of the Vault 88. She is still very loyal to Vault-Tec and she is going to try to "convince" you to help her with tests on people. She is sadistic and citizens of Vault 88 are nothing more than test subjects to her.

Then there is Clem , one of the first survivors who are going to join your Vault. He is a very eager but not a very intelligent person. Then there is Julian and Security Chef Andersen . Both were unlucky citizens of Vault 88 before bombs exploded. Now they are nothing more than stupid feral ghouls.

Fallout 4 Vault-Tec Workshop (PC) for Steam platform is a digital download product – no box included. The price applies to a digital version of the product.
Languages