Field of Glory II Medieval is a turn-based tactical game set in the High Middle Ages from 1040 AD to 1270 AD.

This was the heyday of the mounted knight. Armoured from head to toe by the later 12th century, European knights rode heavy horses in tight formation, and delivered a devastating charge with couched lances.

Major themes of the period include the struggles of the Kings of France against the Kings of England and the German Emperors, the English wars of conquest or attempted conquest against the Welsh, Scots and Irish, the Baltic Crusades and the Mongol invasion of Eastern Europe. With dynastic struggles and rebellions by powerful nobles thrown into the mix, Europe was in an almost constant state of war.

Field of Glory II Medieval allows you to take command of the armies of the Anglo-Saxons and Normans, post-conquest England, France, Germany, Scotland, Wales, Ireland, the Low Countries, the Free Cantons, Denmark, Norway, Sweden, Bohemia, Poland, the Teutonic Knights, the pagan Old Prussians and Lithuanians, Russia, Hungary, the Cumans, Volga Bulgars and Mongols in an endless variety of battles and campaigns set in 11th-13th century North and Central Europe. 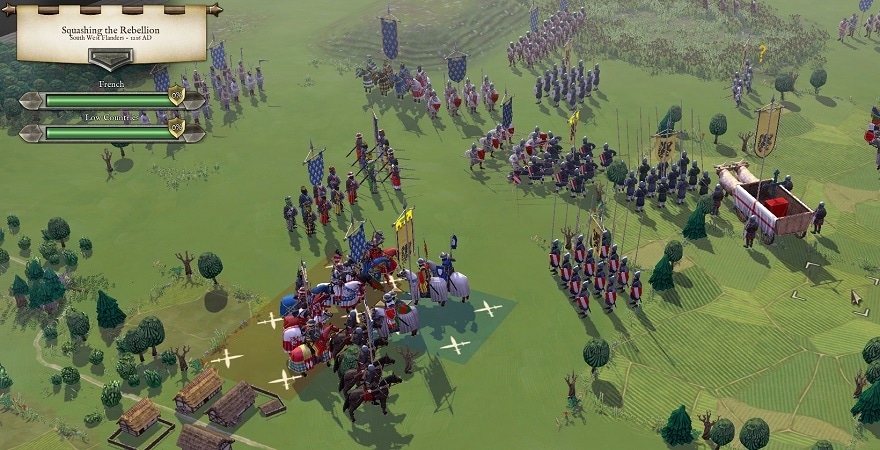 Lead your chosen army and its named generals to victory in set-piece historical battles or "what-if" custom battle situations against an AI or human opponent. Choose your forces from historically accurate orders of battle allowing all of the options and variations that would be available to a real general of that nation at any date during the era.

Field of Glory II Medieval has more than 100 beautiful and historically accurate fully animated troop units, each with multiple variations to bring out the colour and variety of the era. Watch the swords flash and the arrows fly! Count the cost of victory or defeat as bodies litter the battlefield.

Field of Glory II Medieval has a campaign system that concentrates on the battles, and allows real strategic decisions without time spent moving armies around a strategic map. Each battle is vital to your progress. Your army will gain experience and elan as it goes from victory to victory against your enemies and their allies.

There are four historically-based campaigns covering major conflicts of the era: The Angevin Empire, The Northern Crusades, Alexander Nevsky and the Mongol Invasions. There is also a sandbox campaign system that allows you to lead any nation (and their historical allies) against any other nation (and their allies) – giving thousands of permutations. Victory will require determination and tactical mastery. 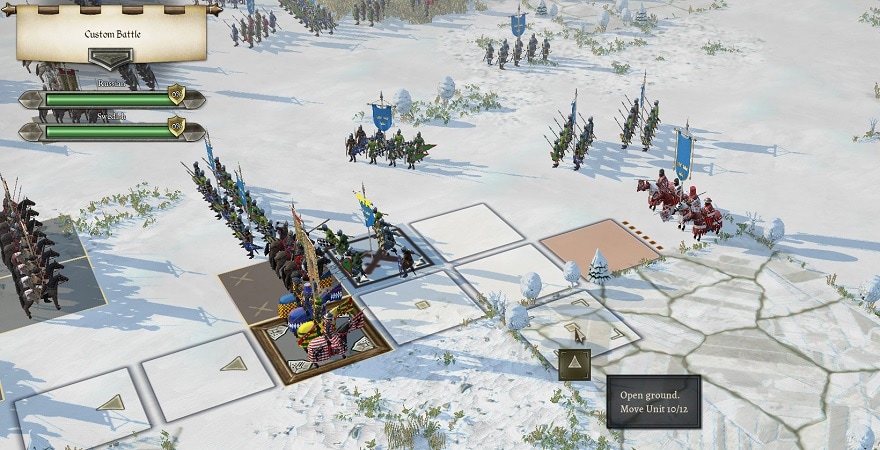