Unlike many other regular, Corsair headphones are characterized by exceptional quality, which provides them with unbelievable durability and gives extraordinary comfort during use. As a result, they can to meet the requirements of even the most demanding players who need the best playing conditions during online games.

Additionally, the presented headphones have a microfiber mesh fabric and shape memory foam earmuffs that allow you to play for many hours because they counteract the accumulation of heat and moisture while providing airflow and comfort. It should also be mentioned that the Corsair gaming void pro RGB headphones are equipped with an improved antenna and wireless technology with a 2.4 GHz interface, which provides a range of up to 40 feet and transmits sound without any delay. Whereas, thanks to the built-in, powerful battery, they can operate up to 16 hours on a single charge, and this, in turn, does not force the user to continuous recharging, which is very convenient. 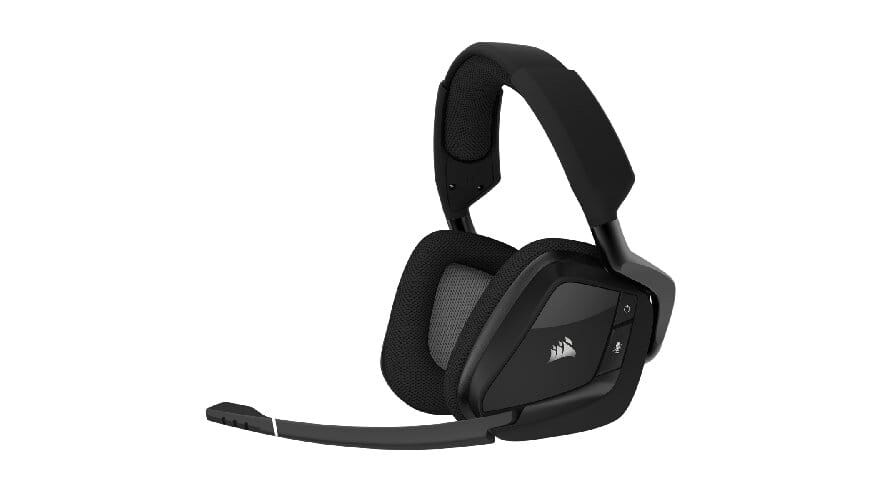 The excellent sound of the Corsair void pro headphones is due to the powerful neodymium drivers and the 50mm diaphragm. Such a combination lets the player hear high tones, but also low bass. Additionally, the Dolby 7.1 surround sound technology allows him to precisely determine the direction of the sound reaching him, which is very useful, for example, in various types of multiplayer games, where you often have to listen for the steps of the approaching opponent.

The headphones also feature a unidirectional microphone with ambient noise reduction technology. Thanks to it, the level of communication in the team during the game can be continually maintained at the highest level. The microphone also has an LED informing about its mute, so that the player always knows when somebody hears him, and when does not. 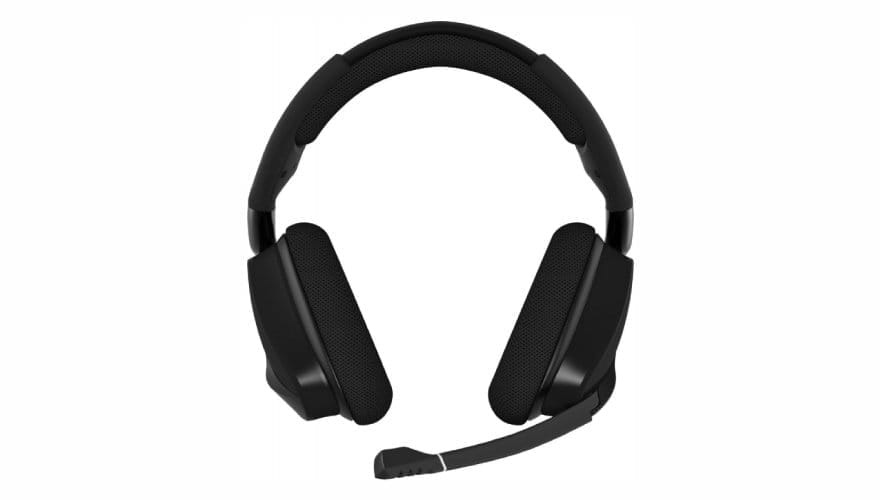 The creators have also equipped their product with illuminated earmuffs. This fact makes that the user have the ability to match the color to their style or character of the computer station. It can also determine lighting intensity and contrast to achieve subtle and subdued colors or sharp and saturated hues.

Additionally, thanks to the CUE software (Corsair Utility Engine) the player can seamlessly harmonize the backlight of all devices cooperating with the software, so that you can get new unique combinations of the backlight, such as the wave effect.

Users unanimously recognized Corsair void pro headphones as a very good product, pointing, that even if wireless, they retain excellent sound quality. The professional appearance, as well as an interesting option of backlighting, which adds headphones the charm, also contributed to the release of such positive opinions.

Additionally, the main advantages that reviewers mentioned in their comments were, among others: very long battery life, as well as an extremely sensitive microphone that turns itself on and turns off during folding. Users also paid attention to details, such as the fact that the headphones are still comfortable, despite wearing glasses.