Ghost of Tsushima is an action-adventure title from the developers of Sly Cooper and Infamous series. In the game, the player controls the character of samurai Jin Sakai, fighting against Mongol invaders on the titular island of Tsushima. The gameplay combines open combat and stealth mechanics. Ghost of Tsushima received favorable reviews from the critics.

From the creators of the Sly Cooper and infamous series, Sony Interactive Entertainment presents Ghost of Tsushima – an open-world action-adventure game, set in the times of feudal Japan. As the titular Ghost, a samurai by the name of Jin Sakai, the player will fight to liberate the protagonist’s home island of Tsushima from the invading Mongol armies. The gameplay blends the element of combat, stealth, and RPG character building, allowing the player to equip Jin with various items to aid him in battle and upgrade his fighting skills. Ghost of Tsushima was met with a positive reception from the critics and players, who noted the complex customization system as well as innovative combat mechanics as the game’s strongest points. 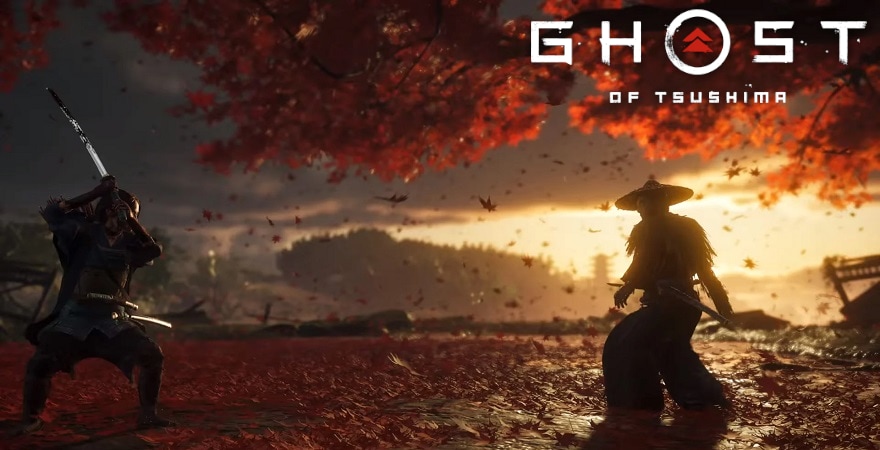 Way of the Samurai

Ghost of Tsushima’s gameplay mechanics blend open combat and stealth action. The player controls a samurai warrior Jin Sakai, who can use a variety of weapons and items against his enemies. The main one is his sword, with which Jin can engage his opponents in a group or one-on-one combat. Other essential weapons are the protagonist bow, which allows him to take out enemies from afar and throwing kunai knives, quietly dealing with a bunch of unsuspecting foes.

Stealth is a vital gameplay aspect of Ghost of Tsushima. While hiding in tall grass or behind the corners, the player can quietly take out enemies without alerting others. It’s a great technique to break down the enemy forces making open encounters more manageable. The player can use a variety of tools to distract and confuse enemies, such as smoke bombs and wind chimes. The use of both open combat and stealth items is a key to victory in Ghost of Tsushima.

The last element of Jin’s equipment is his armor. There are several different armors the player can collect throughout the game, each providing various perks, including increased health and damage.

Ghosts of Tsushima offers a variety of skills that can be used in combat. Most of these skills can be acquired through completing specific tasks or sidequests, as well as locating hidden shrines. The skills are separated into several trees. The Ghost tree focuses on Stealth, Samurai tree – on swordplay, and Stances tree helps the player deal with specific types of enemies. It is up to the player whether they focus on mastering one skill tree or try to make Jin a jack-of-all-trades. Ther is also another tree dedicated to mythical skills – these special abilities are unlocked after completing a corresponding sidequest and can provide a great advantage in battle. 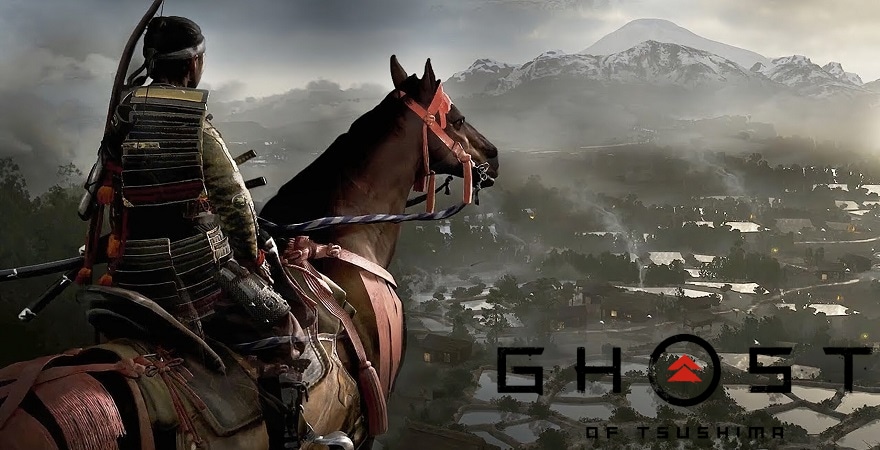 The island of Tsushima

The action of the game is set on the island of Tsushima, located near the Korea Strait. The island can be explored on foot or a horse. Certain elevated areas can also be reached using a grappling hook. There are no waypoints in the game – the player has a free choice of their destination. Throughout the gameplay, the player will have to carry out story missions, as well as a variety of sidequests, which yield various rewards. Located on the island are different hidden areas, including fox dens. These can lead the player to the Inari shrines.

Defend your home from Mongol invasion

At the dawn of the 16th century, the small island of Tsushima was attacked. The invading Mongol forces, led by ruthless Khotun Khan, plan to make the island their access point to conquering Japan. The brave samurai of Tsushima, serving under Lord Shimura, face the invader but are decimated in battle, and their master is captured. Jin Sakai, the Lord’s nephew and the only surviving samurai of the battle, must rally the remaining samurai to rescue Lord Shimura and reclaim their home island from the Mongols.

Ghost of Tsushima for Playstation 4 was received positively by the critics. Reviewers praised the game’s open world, plenty of sidequests and collectibles to spend time on outside completing the story missions, and complex battle system.