Save Aperion. You are the last of the Valorian knights, masters of combat equipped with legendary armor called Valorplates. Ascend in Godfall, a first-of-its-kind, looter-slasher, melee action-RPG.

Embark on adventure in a fantasy action RPG that utilizes high-impact third-person melee combat to engage players as they hunt for loot, don legendary armour sets and defeat vicious enemies. Face challenging missions that reward you with head-turning loot as you vanquish the armies that stand against you. 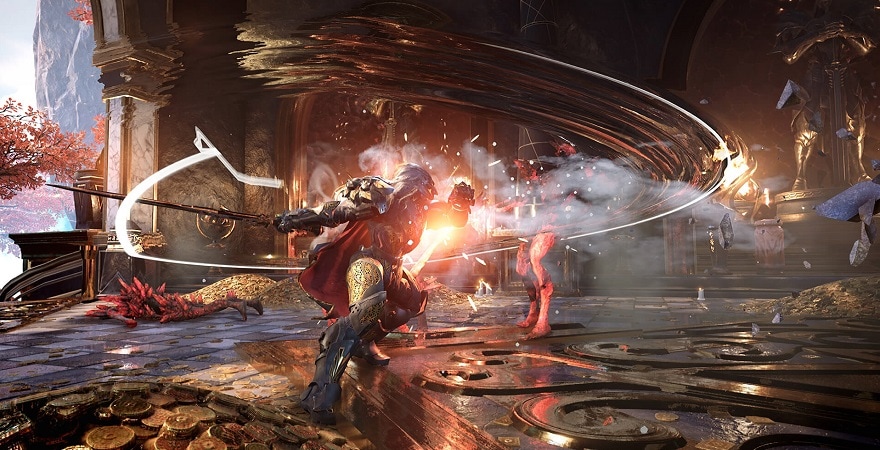 Warning! This product is region-locked, it CANNOT be activated and played in Germany.This product is not offered to buyers from Germany and cannot be purchased by them.