Hades is god-like, dungeon crawler, hack’n’slash game developed by Supergiant Games, the studio known also for productions like famous Bastion, Transistor, or Pyre. The game gives the player an opportunity to visit the mythical land of the dead. The player takes the role of Zagreus, the prince of the Underworld, son of Hades, who is trying to get away from his father’s clutches and reach Mount Olympus. Gods of Olympus are often helping the protagonist and provide him with gifts that are helpful in fighting creatures that protect the exit of Hades. 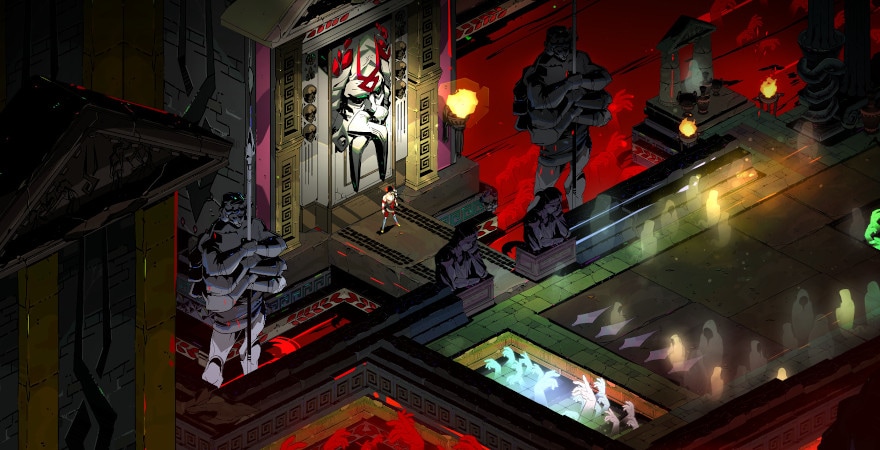 The action in Hades game is presented in an isometric view. Fast-paced encounters with numerous enemies who try to prevent Zagreus from escaping the title Land of the Dead. During the gameplay, players will have to fight their way through a number of rooms. Even though the room layouts are pre-determined, their order and creatures that appear in them are completely random which makes the playthrough unpredictable and encourages players to numerous replays.

While fighting one horde of enemies after another, players may use their weapon, powerful special attack, and magic. From time to time, other gods of Olympus will provide us with a gift, depending on our choice. The said gifts are persistent boosts and they are themed on the certain Olympians. For example, Zeus, as the god of thunder, gives us lighting damage. The game also features in-game currency and special keys which allowing us to unlock new weapons and buy permanent upgrades. What’s interesting Zagreus cannot really die. If our health points will drop to zero, our hero will face his father, Hade, who will deprive us of all the gifts acquired during the run. 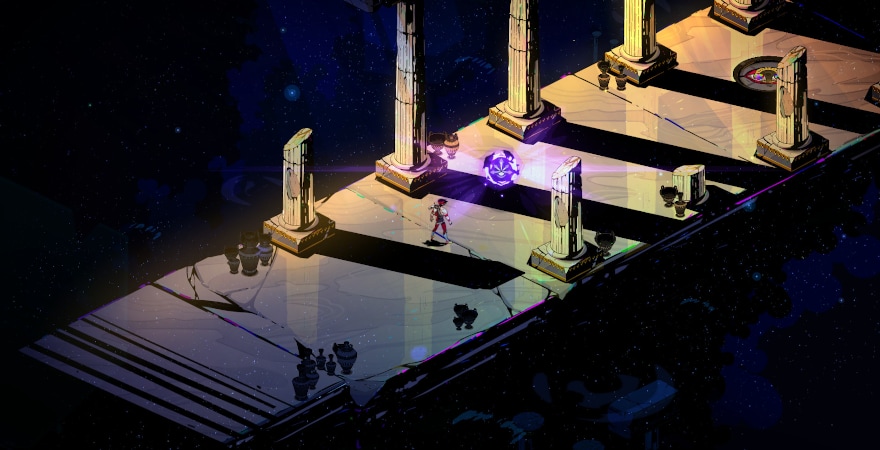 Hades video game received exceptionally positive reviews among most of the gaming community. According to Steam, over 98% of the players’ reviews are positive. Thanks to dynamic gameplay, numerous abilities, and weapons and high level of replayability developers of Hades have attracted thousands of players and managed to satisfy every fan of hack’n’slash, dungeon crawler games. According to Kotaku: “Being trapped in Hell and dying over and over again has never been so fun’.

Warning! This product is region locked and it can NOT be activated in Switzerland, Iceland
System requirements