Half-Life: Alyx is a VR first-person shooter game developed and published by Valve. Set before the events of Half-Life 2 and the return of Gordon Freeman, the game tells the story of Alyx Vance – an ally of Freeman’s who, alongside her father Eli, continue the battle against the Combine. H-F: A features gameplay mechanics similar to those of the previous titles in the series, including exploration, puzzle-solving, and combat, adapted for the virtual reality devices. The game received positive initial reception, with critics praising the mechanics and the return of familiar characters of the Half-Life series.

Half-Life: Alyx gameplay makes full use of the VR mechanics, making for an experience unlike any the fans of the series have ever seen. The player character, Alyx, can use weapons and throw objects using one hand. The other remains free for contextual actions, like interacting with terminals. Gravity manipulation mechanics make their return from the first installments of the series in the form of gravity gloves. The gloves allow the protagonist to push away and pull in objects, such as weapons and others. 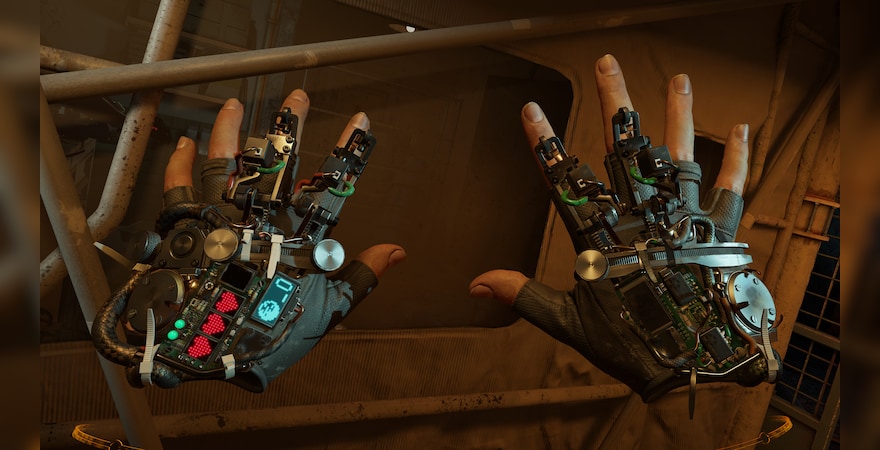 H-F: A emphasizes the exploration of environments and puzzle-solving. Alyx will travel across different, Combine controlled areas, avoiding detection from alien creatures fighting them off using different weapons. The world of the game is full of hidden items, like ammo, and the player will have to browse through shelves and stacks of boxes in search of necessary tokens.

Battle against the Combine – story

The story of the game is set between the events of Half-Life and Half-Life 2. The series protagonist, Gordon Freeman has vanished. Meanwhile, the Combine – alien empire occupying Earth, is spreading their control further. Humans have formed into ragtag bands of survivors, fighting against the aliens and each other. One such survivor is Alyx Vance. Together with her father, Eli, she continues to fight the Combine, supporting others with her technological knowledge. Alyx’s struggle inspires others to stop hunting for scraps and give their life for something bigger – saving the world from the alien occupants. 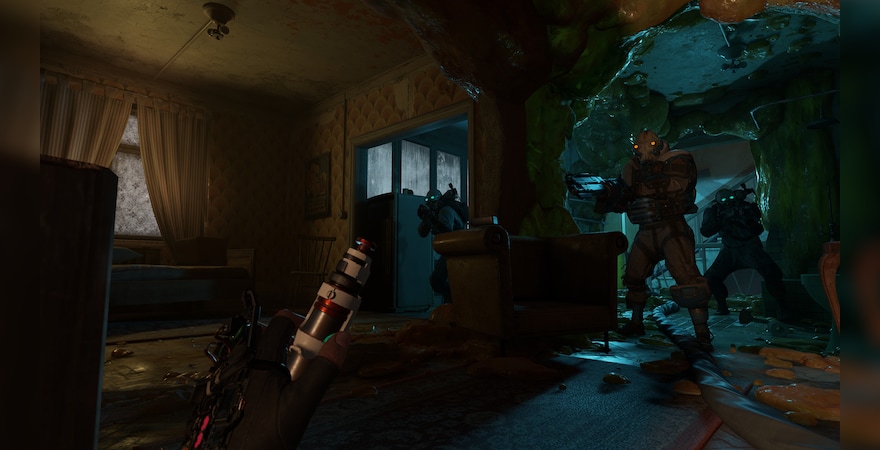 The initial critical impression of the game was largely positive, mostly due to the fact that Alyx was the first Half-Life game released since 2004. But the critics also noted the VR gameplay aspects of the title, and how well it translated into Half-Life aesthetics. Early impressions mentioned exploration, puzzle-solving, and combat as some of the most interesting aspects of the game. Gravity control mechanics were also noted as a positive, making the new installment of the Half-Life series a one to look out for.