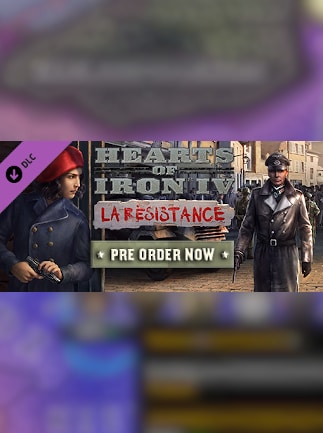 Hoi 4 La Résistance is a grand strategy game, in which the player can participate in the events of World War II on either of the sides of the conflict. La Résistance introduces espionage and resistance mechanics as well as new focus trees for France, Spain and Portugal.