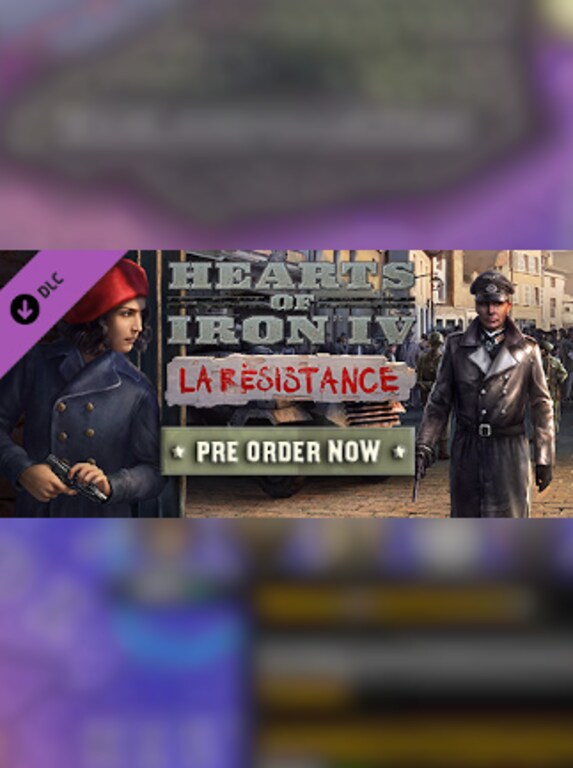 La Resistance is an expansion pack for Hearts of Iron IV – a grand strategy game developed by Paradox Development Studios and published by Paradox Interactive. The game is set during World War II and has the player take ...