A unique gaming experience that puts you in the role of a post-apocalyptic robo-animals hunter, Aloy, who sets out on the quest to uncover her own past and prevent an even worse future to happen.

Horizon Zero Dawn Complete Edition presents the players with the vision of the future of Earth, where machines and humans coexist in a harmony, close to one another. However, the world is not so peaceful as it may seem to be at the first sight.

It is ruled by the deadly Machines and something even worse than the apocalypse which had hit Earth threatens the whole planet. Aloy, a young, redhead hunter, cast out of her tribe as an infant, needs to uncover her past and stop the grim future that threatens the world. In the game, Aloy will hunt the artificial animals, try to tame them and engage in a guerrilla fight with both humans and robots. 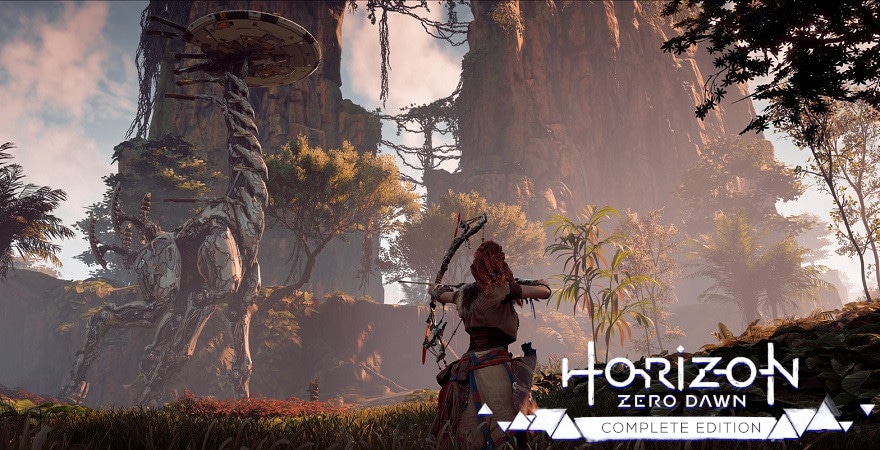 The video game features a huge, open world and allows for a free exploration. The whole world map is divided into various biomes. There are regions of thick forests, snowy mountains, deserts, jungles and vast plains. The world offers a number of ways to interact with it. Although the main storyline covers the whole map, there is still a lot to do when we take care of all the sidequests the developers have prepared.

This huge world is obviously inhabited by several machines. There are also the so-called “Corrupted Areas” filled with some more aggressive robots. The level of difficulty in those zones is significantly higher than anywhere else in the game.

At the beginning, most of the map is unknown to the players and it needs to be uncovered during the game. To see a new bit of the map, one needs to find a robo-giraffe and climb it. Those machines are called Tallnecks and getting to the top of them will grant the players some rewards (like uncovering a bit of the map). To some, it may resemble Assassin’s Creed’s synchronization moments (without the leap of faith, though).

The game also features some RPG elements. Aloy is capable of gaining experience and leveling up. Experience points are naturally earned by killing enemies and are also given as a reward for completing quests. The skill tree is divided into three categories: one for stealth, one for combat, and one for healing, gathering resources and overriding robo-beasts. 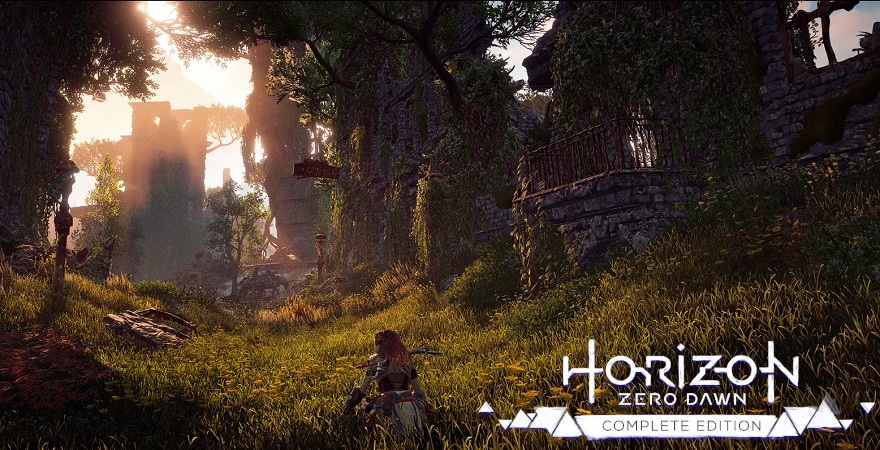 One of the major parts of the gameplay of HZD is definitely hunting robo-animals. Zero Horizon Dawn offers a number of way to interact with those machines. Apart from simply killing them, we can set a trap and lure them into it (for example, by whistling), or we can even try to “override” their internal system by sticking Aloy’s melee weapon (a long staff) into their memory sockets. Depending on the type of our prey, it can either become our ally for a short period of time (before the override status wears off), or they can “allow” us to mount them, which is a more permanent situation (once mounted, the robo-animals can be recalled later when needed).

Moreover, Aloy’s is also equipped with a Focus – a small device which enables her to scan the machines and find their weaknesses. It can also show their level and indicate what type of items they will drop after death.

The Frozen Wilds expansion to the original Horizon Zero Dawn game was released in November 2017. It significantly prolongs the game by adding a completely new storyline for the players to investigate.

In this expansion’s questline Aloy makes her way to the tribe of the Banuk because of the hearings of some dangerous machines threatening the people there. On the spot she learns that the machines gets aggressive because of the Daemon. Aloy decides to help the Banuk Tribe to stop the threat and defeat the Daemon, but in order to do it, she will need to make new alliances.