NBA 2K has evolved into much more than a basketball simulation. 2K continues to redefine what’s possible in sports gaming with NBA 2K20, featuring best in class graphics & gameplay, ground breaking game modes, and unparalleled player control and customization. Plus, with its immersive open-world Neighborhood, NBA 2K20 is a platform for gamers and ballers to come together and create what’s next in basketball culture.

Take your skills to the next level with the most realistic player control ever, featuring an upgraded motion engine with signature styles, advanced shooting controls, a new dribble size-up system, refined off-ball collisions, and a new read & react defensive game.

Hosted by Alexis Morgan & Chris Manning, NBA 2KTV returns for another season as the hub for all things NBA 2K. Featuring members of the 2K community, exclusive interviews with NBA & WNBA stars, the latest 2K20 news, tips & insights directly from developers, and your weekly Top Plays! 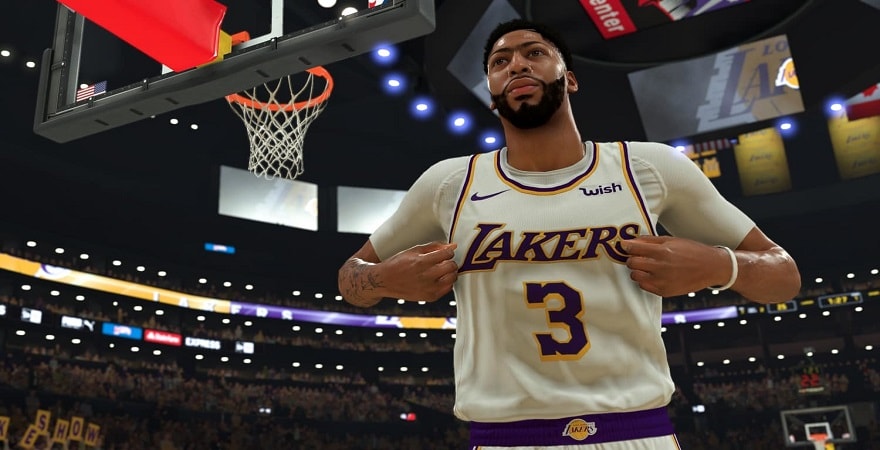 Experience a more vibrant, active Neighborhood. Access even more 2K Compete Events, unlock animations with the new Show-Off Stick, play a round on the 9 hole Disc Golf course, and earn more exclusive gear than ever before.

BRING YOUR GAME & REP UP

The Park remains the center stage where players hone their skills and battle to be the best. And with the return of Park Rep, everyone will know who’s legit and who needs a seat on the bench. Unlock exclusive items as you rep up, and use them on any of your MyPLAYER builds! Tons of new prizes available with the new and improved Rep system.