One of the best things about the sequel to Bungie’s all-new franchise is that there so much new downloadable content being released. The game’s fans are receiving fresh expansions each year that often shake things up big time with major changes to the gameplay and lore, as well as introduce new features. And there is seasonal content, to boot.

The first Destiny game, released in 2014, is considered to be somewhat of a disappointment, an underwhelming title. Even though it’s a very competent online first-person shooter with really fun gunplay, people were disappointed with its somewhat lackluster story – or perhaps just its presentation – and the scarcity of post-release content once they finished the campaign. Thankfully, The Taken King, a major expansion to Destiny, introduced tons of changes that made the base game so much better.

All Destiny 2 DLCs, listed with deals

Bungie gifted us with Destiny 2 three years later. They took all the criticism to their hearts and it shows. Destiny 2 is a major improvement over its predecessor in pretty much every aspect. Storytelling is way better, gameplay is top-notch and the only criticisms the game has received concern it being perhaps a bit too casual-oriented and the Leviathan raid being rather underwhelming. People are also divided on new modes and weapon categories.

As an added bonus, Destiny 2 and two of its expansions – Curse of Osiris and Warmind – have been released as a free-to-play game under the name of New Light.

In contrast to the predecessor, Destiny 2 receives tons of new content and adventures yearly. Since there have been so many expansion packs released so far, often packing major changes to the game’s core gameplay, there’s a lot to keep track of. We wanted to make this easier for you and listed every major DLC released so far, putting them in chronological order according to their release dates.

But before we dive into all this, let’s answer an important question here:

How much is Destiny 2 will all DLCs?

Destiny 2: New Light (featuring Curse of Osiris and Warmind) is free-to-play. Since you can get stuff cheaper on G2A, we’ll take the best deals on our marketplace into consideration here.

There is also the Bungie 30th Anniversary Pack for Destiny 2, released in 2021. Since it’s only a minor content pack (it features two new activities, cosmetics and gear inspired by Bungie’s other franchises), we decided not to feature it on the list. You can get it for $19.06.

If you were to get all the DLCs on Steam, including the Triumphant Silver Bundle and the Throne of Atheon Bundle, you’d pay about $218.99. As you can see, you’d get the complete game (the two bundles are merely cosmetic things, by the way) 57% cheaper on G2A.

OK, one more question, maybe: do you need Destiny 2 DLCs?

No, not really. The base game is already free-to-play, so there’s plenty of content to keep you entertained for the time being. You can grab the expansions once you’re hungry for more. Remember that all expansions are standalone, meaning you can buy them in any order, you don’t need any previous expansions.

Now, without further ado, here is our Destiny 2 expansion list (major DLCs only).

Gotta stop the Vex
Destiny 2’s first expansion, Curse of Osiris takes you to Mercury where you meet someone from the previous game: Osiris, one of the most notable Warlocks (warriors who combine magic powers and modern weaponry) in the series. Your task is to rescue him from the Vex or else really, really, really bad things will happen. All in a day’s work! 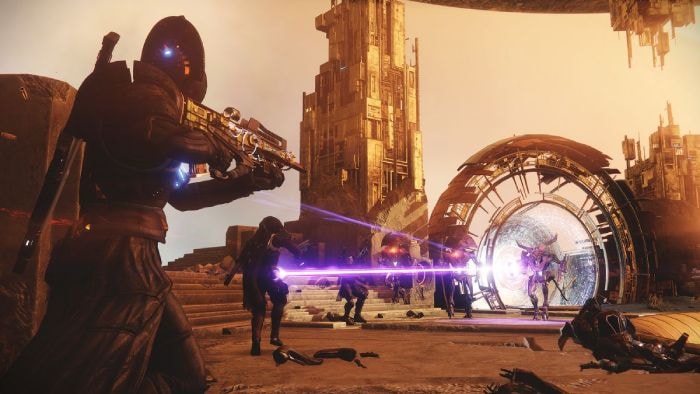 The expansion features a procedurally-generated Infinite Forest that you need to progress through some of the missions and events in the game. Additionally, the level and power caps were raised to 25 and 330, respectively.

Still, many consider this expansion to be a low point in Destiny 2’s history. Why? There isn’t really that much content in it, although the new raid (or “raid lair,” actually), the Eater of Worlds, is considered a fun one, even if a tad short.

Ra-ra-rasputin, Mars’ meanest war machine
The second major DLC in the series, Warmind takes you to Mars where you have to face the Hive Army and the Warmind Rasputin (also a returning foe), to boot. It all takes place in a land known as Hellas Basin. Mars was already featured in the previous Destiny game, but Warmind takes you to a new location. 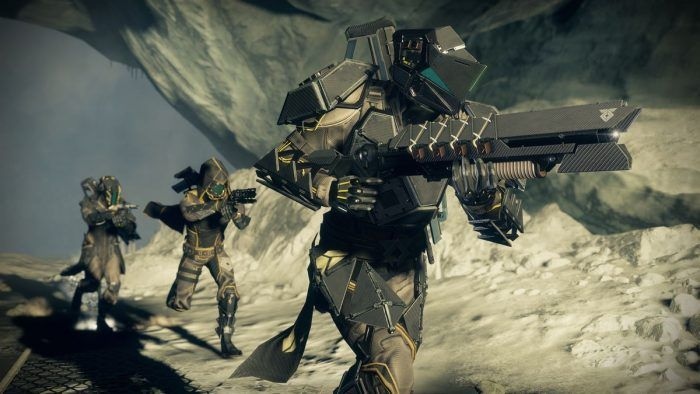 One of the new additions is a horde mode known as Escalation Protocol. You can activate it whenever you’re in patrol mode. Your task is to face seven waves of Hive enemies and defeat one of the five bosses. Your fireteam of up to three players can be joined by others patrolling Mars.

Warmind also added a progressive ranking system based on Valor and Glory points that yield various rewards. The former are awarded regardless of whether you win or lose, while the latter are gained through victories, but also lost when you suffer defeat.

What’s the best dish best served cold?
The DLCs above were just minor additions compared to this one. Forsaken is the first of major expansions that introduce tons of new content and changes to the gameplay. 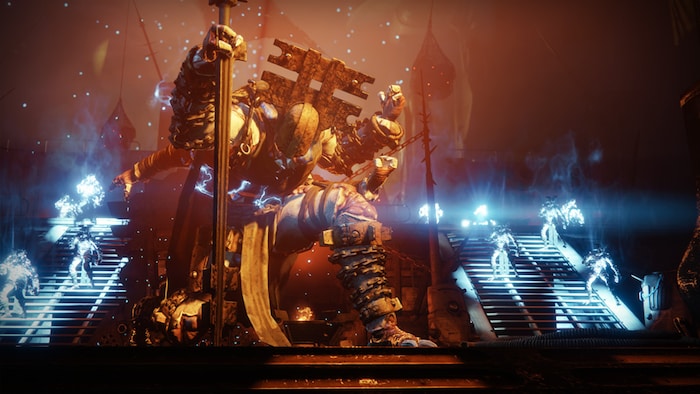 (WARNING: SPOILERS AHEAD!) The story is basically a “western revenge” one, as described by Bungie. The expansion is all about payback. Cayde-6 was killed. It is up to you to seek justice on the people responsible for this: Uldren Sov and the Scorned Barons. You also need to face a new enemy known as the Scorn, a undead version of the Fallen.

Forsaken introduced two major locations set in The Reef: Dreaming City and Tangled Shore, new subclasses, raids, even a dungeon and a Crucible mode called Breakthrough. There’s also Gambit, a competitive mode where two teams of four race to collect enough motes from killed enemies to summon a primeval Taken and kill it before the other team does.

With so many changes and new content, Forsaken is considered to be what The Taken King was to the first Destiny: a game changer. To this day people say it’s probably the best Destiny 2 DLC of the ones released so far.

Put your nightmares out of their misery
Its scale similar to Forsaken, Shadowkeep is the second major expansion to Destiny 2. This time you’re taken back to the Moon where you need to defeat enemies known as Nightmares, resurrected by the Darkness. The new campaign also features a familiar figure, Eris Morn. 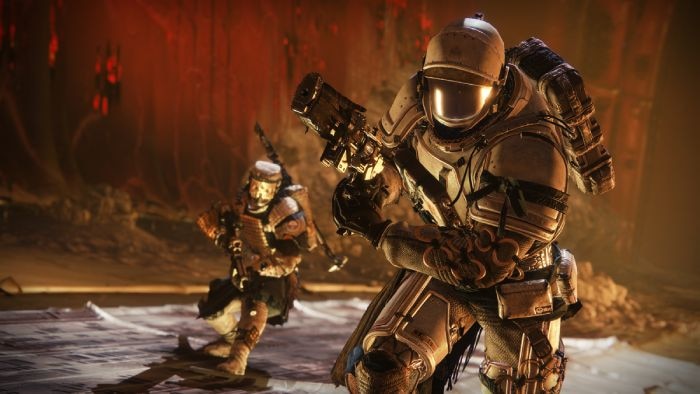 There’s of course a whole slew of new additions, such as new strikes, a new dungeon and a raid. Unfortunately, the reception of this expansion has been rather mixed. Fans were disappointed with rehashing the content from previous games (the above-mentioned Nightmares are basically repainted enemies that you’ve encountered millions of times already, for example), there wasn’t much to do after you completed the campaign, and some of the changes to the gameplay have not been received well, either. It’s a decent D2 DLC, but nowhere near as good as Forsaken.

Will you dare cross the line?
Your new destination is Jupiter’s icy moon, Europa, where your task is to thwart the Fallen Kell Eramis. Her latest plot is to use the power of Darkness to exact her revenge on the Traveler on Earth. You’ll get to see some familiar faces from Destiny 1 and wield ice-based powers that let you freeze your enemies. 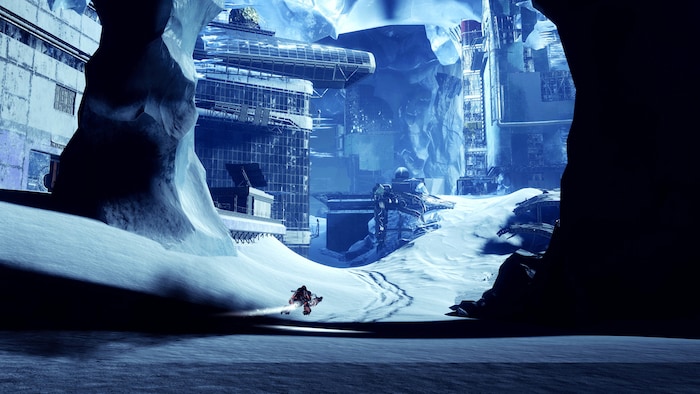 As far as other content is concerned, there is plenty of fresh stuff. Missions, player versus environment activities, new guns and gear, there’s a new raid, etc. The environment of Europa is surprisingly diverse and it even features random weather, like blizzards obscuring your visibility and the like. The plot is very decent, too, with many reviewers noting it’s finally looking like a story about people and not just you killing aliens of all sorts. All in all, a decent campaign, but again, nothing as good as the Forsaken DLC. Paradoxically, it also seems to have cut more content than it has introduced. Kinda weird, isn’t it?

Savathûn be like “TRUTH FUNNEE”
The sixth expansion pack was supposed to be released in 2021, but various factors delayed it until February 22, 2022. It’s been a massive hit before the release, too, with over 1 million pre-orders. 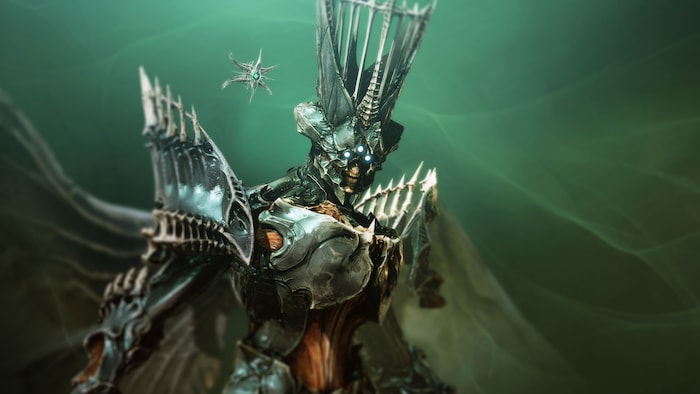 What’s it all about? The DLC pits the Guardians against the titular Witch Queen, Savathûn. In order to defeat her, you need to travel to her Throne World AKA High Coven. Who’s this witch, anyway? She’s a Hive god and a sister to Xivu Arath, God of War and Oryx, the Taken King. Her power is deception. She seeks to understand all the universe’s secrets. Yadda yadda, just take her out already, will ya?

Aside from a campaign focused on exterminating the Witch Queen’s Lucent Brood of Hive Guardians (who seem to be her own twisted counterparts to the Guardians of the Last City), there are several new additions, including a brand-new melee weapon, the glaive, weapon crafting, plenty of missions, PvP arenas and PvE locations, even a new raid. There are rumors that further seasons will bring back a raid from Destiny 1, too.

It’s a good expansion in general, with the campaign singled out for praise thanks to cool new mechanics and other ideas. If you’re seeking quality content for Destiny 2, The Witch Queen might be the best expansion since Forsaken.

Bungie of course plans more and more content in the years to come. There are two expansion packs aiming for a 2023 and a 2024 release, respectively. While we don’t know much about either Lightfall or The Final Shape, we know that they will finish what Bungie dubbed the first major saga of Destiny 2, or the Light and Darkness Saga.

This means that in 2025 we will most likely experience the beginning of an entirely new tale that will be told across years. This also means tons of new content, perhaps major feature overhauls and so on. Sounds fantastic! Destiny 2 fans will have plenty of stuff to keep them entertained.

Not sure if this game is the right fit for you? You can try it out for free. Destiny 2: New Light comes with the first two expansions (Curse of Osiris and Warmind). If you like them, you can get all the major expansions next. They are all stand-alone, meaning you don’t need to own any of the previous DLCs. So, give the game a shot, especially if you’re a first-person shooter fan. People often say that gunplay in Destiny 2 is amazing, so this might as well be one of the most enjoyable action games in the last couple of years!