They are cute, sweet, and incredibly addictive. So much that you never thought they would give shivers down your spine that will make you hardly ever fall asleep. If you’re feeling brave enough, play scary anime games!

Manga fans know this genre is famous for its captivating storylines and well-defined characters. Such a mixture creates the perfect foundation for any anime adaptation – drama, sci-fi, or an exciting adventure. But why limit yourself to watching when you can enter this world?

Put on your headphones and get carried away by the beauty of the immersive sounds and pictures surrounding this thrilling tale. It’s your time to enter the mansion and decide how badly this story ends! 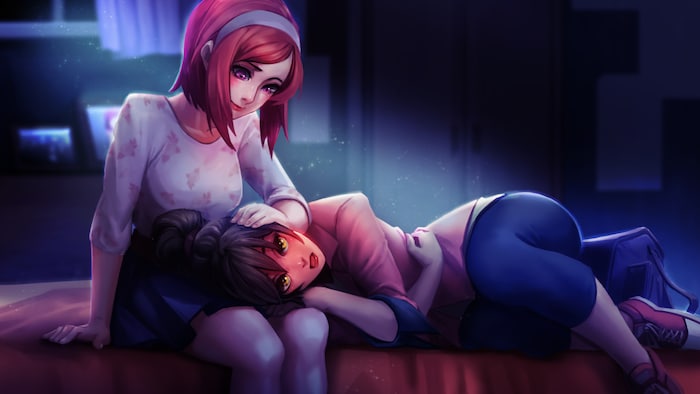 When seven different people arrive at the property, it looks like it will be a truly luxurious stay. Until they find the suspicious letter filled with maniacally repetitive words – from that moment, the familiar world changes, and an unknown danger lurks in the darkness. The fate of these people depends entirely on your decisions. Who will you sacrifice? And who deserves to survive? This horror visual novel is memorable spooky gameplay for all fans of movies like The Ring and The Grudge!

It is a unique visual novel divided into three stages. Manage Vincent’s actions and make the most significant decisions of his life to survive the nightmares and choose only one girl. 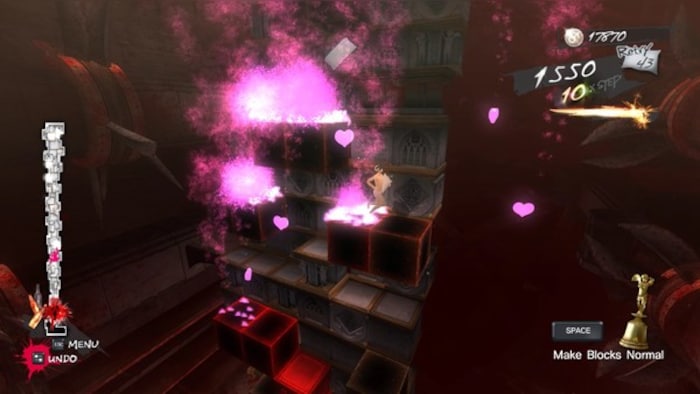 Vincent has a girlfriend – Katherine. One day, the man meets another attractive woman named Catherine and spends the night with her. From then on, he begins to suffer bizarre nightmares in which he has to fight for his life against various mythical beasts. Lose yourself in over twenty hours of creepy gameplay, chat with friends, make decisions and try to survive. If you’re lucky, you might discover one of the multiple endings to this story.

If you enjoy mysterious survival horrors with action in an exceptionally magnificent but unforgivingly puzzling setting – play this game! It’s an absolute must-have with overwhelmingly positive ratings on Steam! 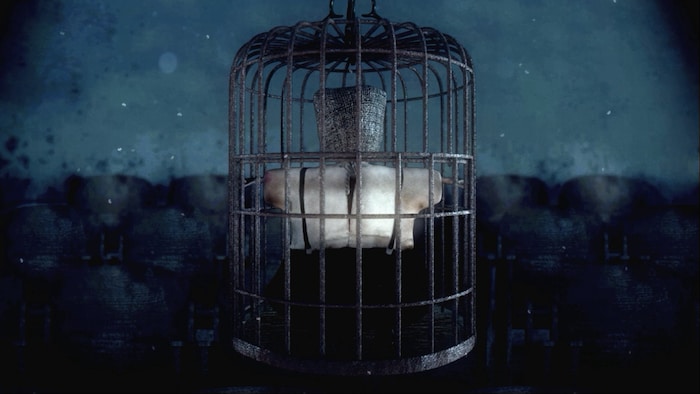 Strange things start happening at Greenwood High school in Taiwan. When one of the students wakes up after a nap in class, he discovers he is alone at school, and the corridors are full of mythological monsters and ghosts. On his way outside, he encounters another student, and they begin their escape together. It will not be an easy task, as, on their way, they will meet many opponents, obstacles, and riddles touching adult topics related to life and the prevailing martial law. It is a beautiful game with a captivating story, perfect for psychological horror enthusiasts.

Get ready for a suffocating, intense survival pixel art adventure. Something powerful lurks in the darkness and follows your every step. Hurry up before it’s too late! 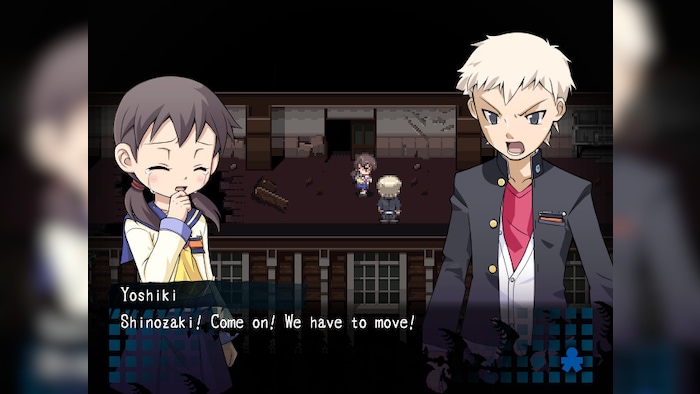 What can go wrong when a group of students and their teacher perform an innocent ritual? Everything! When a once-known high school becomes a caricature of the institution, the kids are on their own. Something ancient is following their trail – only careful exploration can help them find a way out of this murderous trap. Explore, solve puzzles and face pure evil for one of the many endings in this spine-chilling story.

It is a short indie adventure game, perfect for those who like to play a new title at once. See this touching story with subtle horror elements and lose yourself in an immersive fairytale-like world. 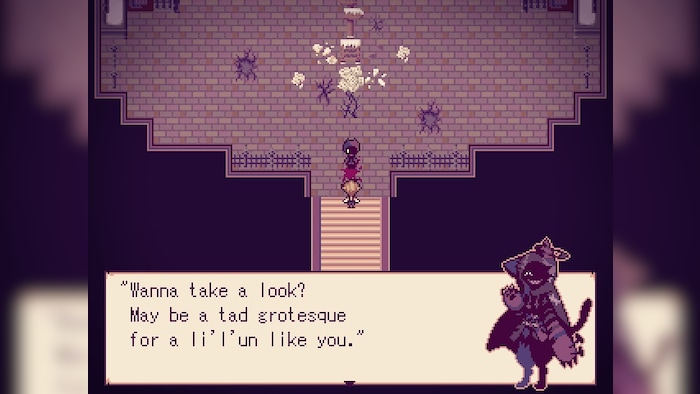 Allen lost his memory and ended up in a lost children’s home. At the beginning of the adventure, the boy receives a notebook from the teacher to write down whatever he wants. He also meets other children and learns their unique stories. But one day, Allen breaks the mirror, and everything becomes weird. The White Rabbit is just the beginning of bizarre events and characters that the boy will encounter on his way. Follow this story and discover the dark secret hidden by the inhabitants of the magical world.

If you are into detective adventure games with well-defined horror elements – play this game. It is beautiful, surprising, full of plot twists, and, above all, terrifying. 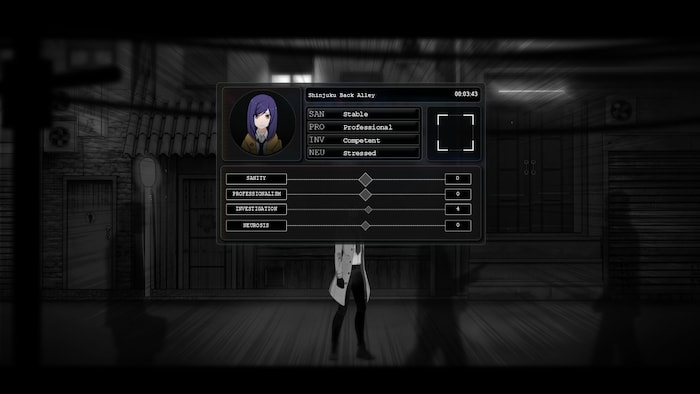 When Ayami Ito’s partner disappears in mysterious circumstances, the heroine decides to find him. The gameplay focuses on exploration, during which you will talk to the characters and collect various clues. Search well, as the interactive setting is full of details that could help solve the puzzle. And to make things more challenging, your hero is slowly going mad.

We all know school life – sometimes it’s good, sometimes bad. But in this game, it gets worse than you ever imagined. 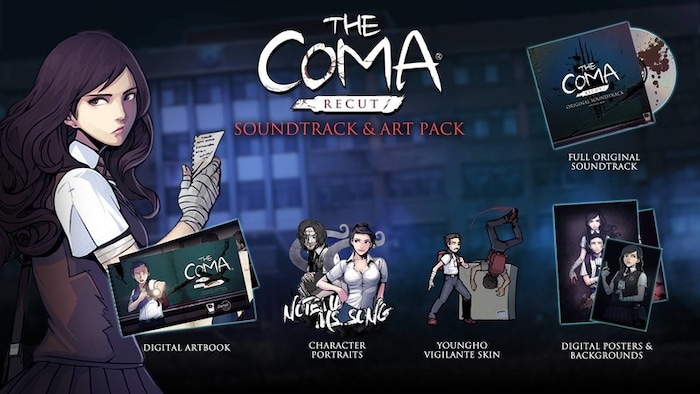 Youngho studied for the final exam. So hard that he fell asleep and woke up at school alone at night. However, Sehwa High School has changed, and the protagonist quickly discovers that various monsters and mad killers are following his trail. His only way out of this situation may be collecting equipment and avoiding confrontation with dark opponents. Such a meeting can end tragically, mainly because the darkness of the night conceals many unimaginable horrors.

Anime horror games are a unique genre. Unlike their Western versions, they are unpredictable, always surprising, and extremely brutal. Why? Well, in a short time, we can get to know the innocent, often charming characters entangled in all sorts of murderous scenarios. And there is often a plot twist – the murderer is a friend, your playable hero, or even yourself. Yes, you, in your comfy chair! After all, you are the one deciding the fate of your little pixel puppets, so who will you sacrifice next?