Well, it looks like the new genre is here to stay. But the biggest name in the business right now, the hideously named PLAYERUNKNOWN’S BATTLEGROUNDS, is not the only game where you can fight for survival on a huge map.

Like all the greatest ideas for multiplayer games, the concept of the battle royale stems from the modding community. Passionate computer wizards have been using games and their editors in order to create something unique for years now. Without them, without their devotion, hard work and commitment we would not have Counter-strike nor League of Legends and other MOBA games. You know, the biggest titles in E-sports at the moment. And Battlegrounds looks like the next smash hit when it comes to streaming and tournaments.

The game is hugely popular at the moment, even though it’s still in its Early Access stage. The developers, however, are preparing a new desert map, which can now be played on a test server. They’ve already introduced vaulting into the base game, so now the wall you are hiding behind won’t be your castle forever. The company has already reworked its injury system so that hitting different parts of the body yields different damage. And with the looming official launch of the full version, we will probably receive even more goodies and enhancements. PLAYERUNKNOWN’S BATTLEGROUNDS looks like a huge, colossal game that we will be with us for the years to come. And with secured funding, a passionate audience, and the whole world watching, the developers will have something to develop for the next decade.

What else to do?

The biggest competitor for PUBG at the moment is Epic’s Fortnite. Epic’s survival game did not fare that well up until the developers decided to publish a version with a battle royale mode. This, of course, led to some controversies surrounding the move as Battlegrounds is using Unreal Engine and apparently, there are some similarities in the mechanics between the two titles, but at the moment at least we have more options. Fortnite, due to its graphics and overall theme, is a bit different from Battlegrounds, it’s more cartoony and there’s more building things, so if you have a Minecraft itch you need to scratch and dodging incoming rockets is your things, by all means, try it out. And it’s free, so you’ll know whether this genre is for you. 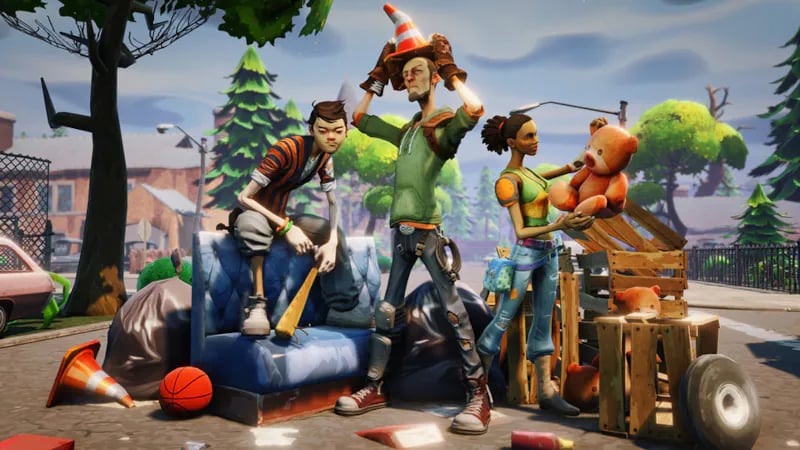 Another game that has recently added a battle royale mode in order to use the hype created by Battlegrounds is Grand Theft Auto V. Its online component is already hugely popular, but apparently, Rockstar just can’t stop sharing new content for their smash hit. Motor Wars is a battle for survival inside a shrinking kill-box on the map. Sounds familiar? Because it is battle royale for GTA V. If you already own the game, you can check it out.

And if you don’t like vehicles, but dinosaurs are your thing, then you can try out Ark: Survival of the Fittest. Ark is the ever-expanding game that puts you in a world with dinosaurs and other players. In order to survive, you have to build your base, find resources and tame wild beasts. If you want to see whether you will like playing Ark and want to chase other players on the back of a dinosaur, then you have to give this baby a test drive.

The res of the Pack

H1Z1: King of the Kill is a project that the main lead of PlayerUnknown’s Battlegrounds worked on previously. H1Z1 is a bit faster than PUBG and the gunplay mechanics are more arcade than realistic. This means that H1Z1 is a great introduction to the genre. You can learn here to move, scramble for resources and shoot other players. The kill zone shrinks in increments as toxic gas is taking up more and more of the map.

If you are in for the melee fights and can’t be bothered with learning how to shoot, then you definitely should try The Culling out. It’s an FPP game that focuses on close-quarter combat. Even if you find a firearm, then it will probably include just a couple of rounds. The game focuses on creating ad-hoc weapons and traps. But if you find a chainsaw, you will be the boss of the battle. There are also fewer enemies on the map as the mode introduces 16 gamers to the contest. So it won’t go on for ages like in the case of other battle royale games.

Warface, another ridiculously named multiplayer game, has also received a free DLC with a battle royale mode. It introduces a huge new map and additional achievements, so if you like more realistic games, then you can try the Warface Battle Royale mode out. And it probably is not the only multiplayer game that will try to sway away from the huge audience to their title with a new game mode.

All of these new games and modes have appeared during the last year, can you believe it? If battle royale titles are as popular in the future as they are now, we can surely say that we have a new king of multiplayer competition. And that’s something good – new genres are great for gamers.