Yes, the latest horror games are great. But sometimes, it is worth reaching for slightly older titles that laid the foundations for the legendary series we love. So let’s take a little trip in time to the golden age of the most memorable productions – the 90s!

The 90s were a time of massive innovations in gaming and the movie industry, which brought unexpected riches in the form of great titles – especially in the horror and thriller genres. So if you’re looking for some creepy horror games for Halloween and don’t mind retro – we’ve got you covered. Here is a ready-made list of the best 90s horror video games!

Play the first installment in the legendary horror games series! Silent Hill is the essence of the perfect horror gameplay with a massive dose of depressing atmosphere and a scary setting. 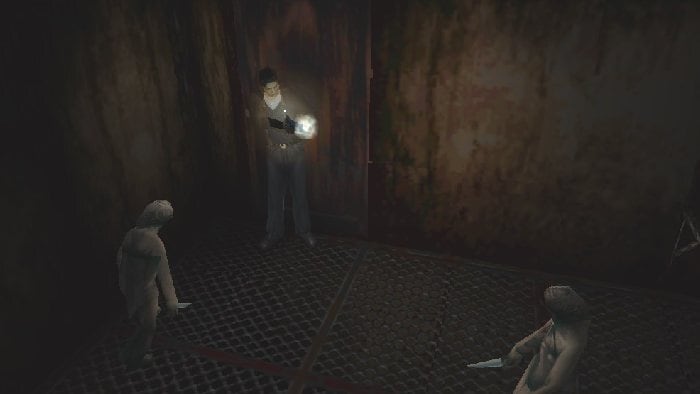 While driving a car, Harry Mason and his daughter Cheryl witness strange events on the road. When a man wakes up from an accident, he discovers his kid is gone. Desperate, he heads to the nearest Silent Hill to find her. It is the beginning of the riskiest adventure of his life, with five different endings. Explore, solve puzzles and fight grotesque beasts to survive and discover the town’s darkest secret. This title is a masterpiece in the horror genre, guaranteeing an unforgettable experience thanks to the terrifying story and atmospheric music from Akira Yamaoka.

I Have No Mouth And I Must Scream

It is a point-and-click adventure game based on the best-selling novel by Harlan Ellison – co-writer of the scripts for the Star Trek series and a world literature genius. Discover an alternative world after an apocalypse where only five humans survived. 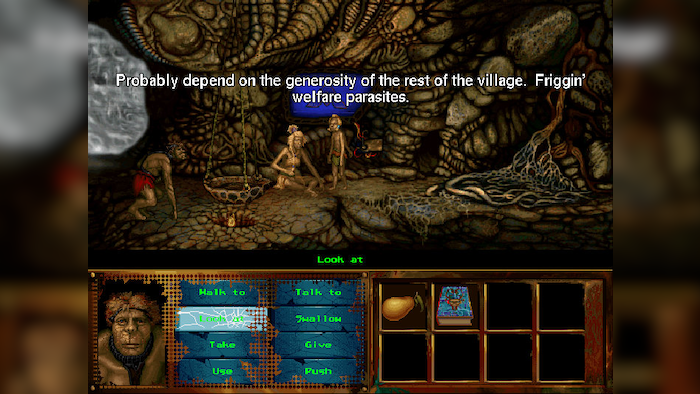 The time of humanity ended when powerful computers took over the nuclear resources of Russia, China, and the United States. They spared only five survivors for whom this was the worst time of their lives. The AM computer traps them, creating elaborate simulations made of their worst fears and nightmares. Guide their actions in each world and discover why evil AI has kept them for its experiments. It is a spine-chilling game for all fans of sci-fi scenarios about the end of humanity.

I Have No Mouth And I Must Scream

See the origins of the series that created the survival horror genre! These games are one thrilling story in two sections where you will become part of a spooky storyline set in the Raccoon village. 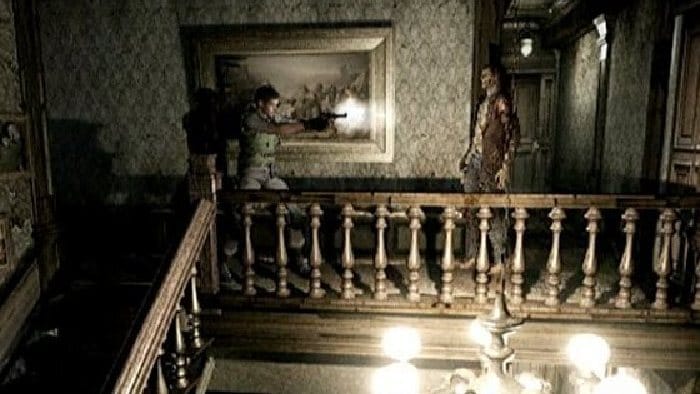 The town overrun by monsters is the beginning of a gigantic plot involving the legendary battle of the S.T.A.R.S. unit with the zombie epidemic. Control the actions of heroes destined to stop the virus and survive. Complete your arsenal, collect gear, and arouse the courage in your heart to eliminate the hideous monsters once and for all.

Alone In The Dark

If you are looking for a game that will make you afraid of staying late at night – this is your best choice! Lose yourself in an intriguing storyline inspired by the works of H. P. Lovecraft and experience a horror adventure like never before. 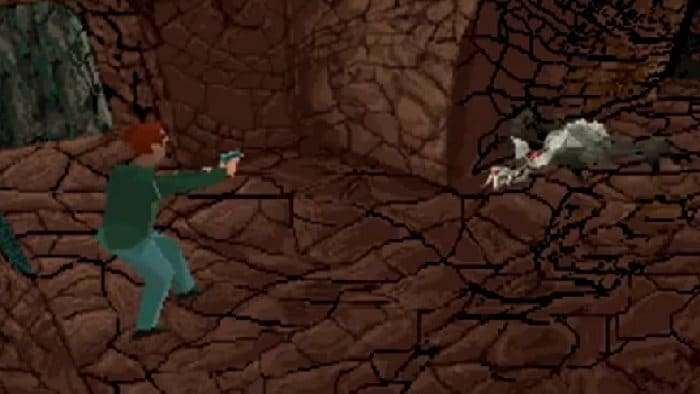 Go to the Derecto mansion to solve a mysterious suicide case. Choose your hero and set off on one of the two gameplay paths to face an ancient evil. Explore, solve puzzles, and fight, and you might be able to see the end of this story.

Alone in the Dark Anthology

Realms Of The Haunting

This game is a unique combination of a puzzle game with action-packed combat where you will face hordes of hellish beasts overrunning the world. Watch a dark story about the fight between good and evil – in an iconic 90s style! 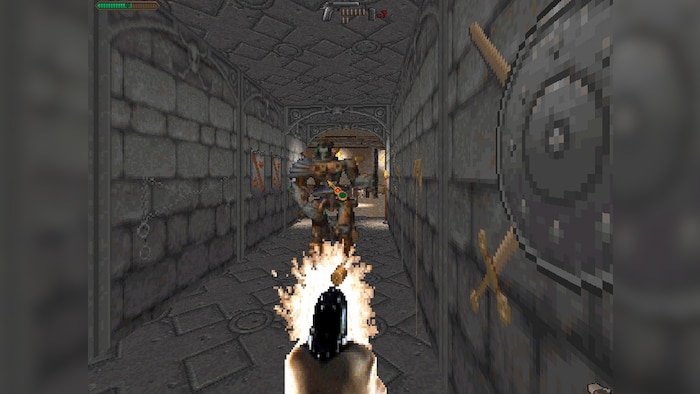 When Adam Randall travels to the village of Helston to investigate the mysterious mansion, he discovers the situation is worse than it might seem. The man finds a false priest with a plot of taking over the world. Performing dark rituals on the ruins of Satan’s temple, he summons hundreds of hellish beasts thirsty for human blood. And you are the one who will have to fight them.

Realms Of The Haunting

Get ready for a grotesque atmosphere and a torturous storyline. If you are into a twisted story and unimaginably complex puzzles – you will love this retro game. 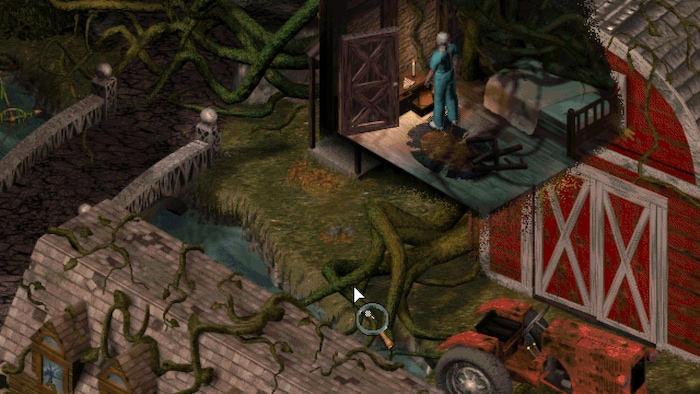 Lead the fate of Max – a man who lost his memory in an accident and found himself in a mysterious tower. Now, the hero must begin a series of disturbing trials to discover the secret of this place and understand who he is. Explore, solve puzzles and enjoy one of the most challenging horror PC games of the 90s. 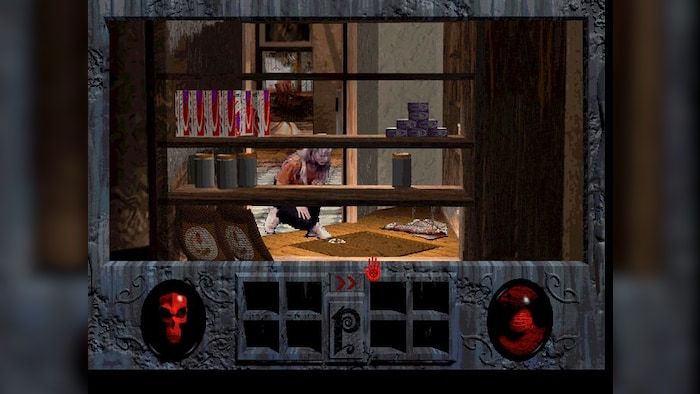 Play as Adrianne Delaney and uncover the dark horrors of a haunted mansion. Guide Curtis Craig’s actions to discover the thin line between normality and utter insanity. Both games are classic point-and-click titles, full of dramatic intrigues and unexplained events that you will soon become a vital part of.

Phantasmagoria 2: A Puzzle of Flesh

The best 90s PC horror games are the perfect source of psychological gameplay with many plot twists and challenging puzzles. It’s a time when content triumphed over quality, delivering grim stories you won’t find anywhere else. Fancy a real spine-chilling gaming night? Just play one of these video games and discover the horror magic of the 90s!