We all love anime for its engaging stories, fast-paced action, and memorable characters. But one more feature makes it even better – fighting.

Everyone knows flashy battle scenes from Dragon Ball or Attack on Titan. They are dramatic, spectacular, and very often quite bloody. Imagine enjoying something like that in a video game! Luckily, more and more games introduce this feature, so we can all have lots of fun with our favorite titles. Looking for an epic video game with the best battle scenes? Congrats – here you will find them all. Take a look and enjoy a list of the best anime fighting games to play in 2022!

It is a fighting game with anime characters we all love. Enter the epic Dragon Ball world to experience the best out of your favorite anime of all time! 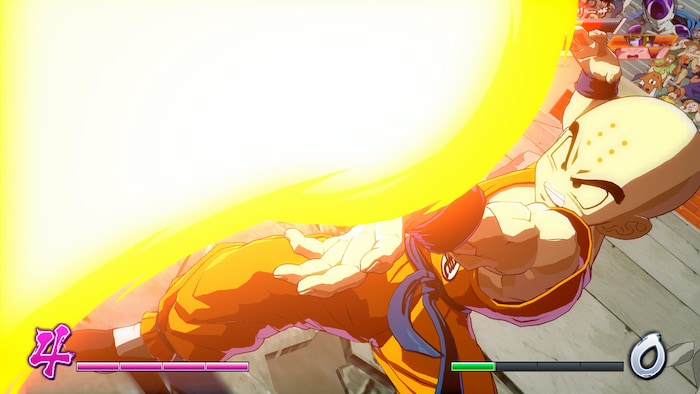 Choose from various single or multiplayer modes to join the legendary Dragon Ball universe. Select from the most powerful characters, create surprising combos and enjoy a beautiful 2.5D audiovisual setting. Wanna practice your skills? Or maybe go straight to competition with other players? In this game, you will find all of these and more!

Watch the next chapter in the thrilling story of the fearless Sol Badguy confronting That Man. This game is a spectacular richness of what you like best in anime fighting games! 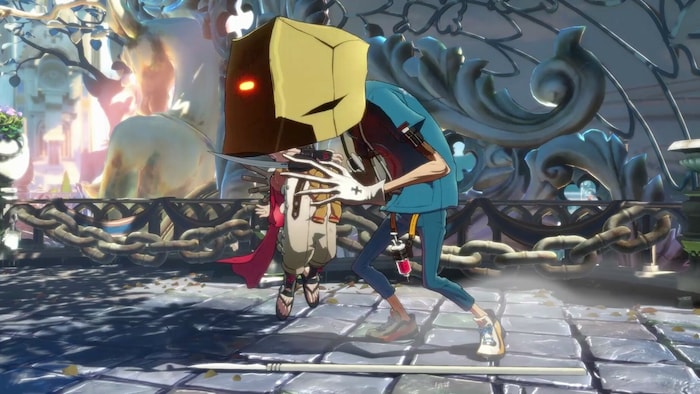 Take part in dynamic battles in various different arenas and defeat your opponents with effective attacks. Choose from fifteen heroes and many addictive game modes to enjoy epic battles. This title allows you to play solo or in multiplayer! And the perfect visual and sound setting will ensure many hours of fantastic gameplay. Fight on the ground and in the air, create complex combos and become the best!

It is a game praised by players on Steam for being the best in the series. Are you a fan of Naruto Shippuden? Take part in the ultimate war for the fate of the whole world! 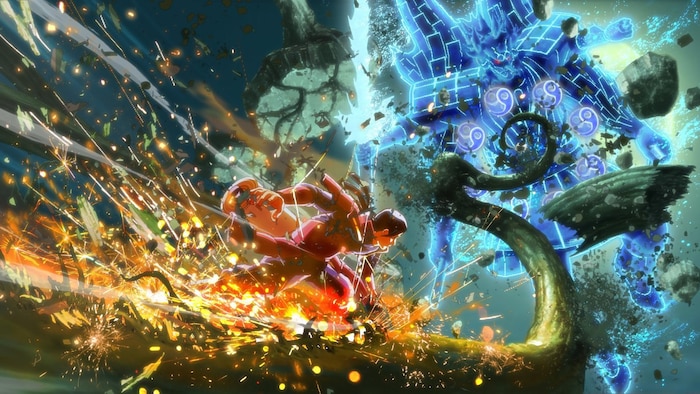 Ultimate Ninja Storm 4 equals stunning effects, outstanding graphics, and adrenaline-fueled fights on the battlefield. But there is more! You can control your favorite anime characters like Naruto, Sasuke, or Kakashi himself. It is a perfect opportunity to become a living legend in the story campaign or fight with other players in your beloved universe. Choose your game mode, jump on walls, destroy your opponents’ equipment and unlock the most powerful techniques!

It is the thirteenth installment in the legendary series of fighting games for arcade machines, where creators followed players’ suggestions, introducing innovative improvements to the well-known gameplay. Play solo or in multiplayer and take part in real fighting challenges. Choose from thirteen playable characters and begin training to discover your complex abilities. There are dozens of combat mechanics to master in this game, so this could be the highlight of your fun. Start story mode or go to battle with other players in multiplayer and witness the fastest and most dynamic fights in the history of anime games!

It is a must-have for all fans of One Piece anime who would like to experience a thrilling story in this unique world. Experience the adventures of your favorite heroes and support them in the fight against hordes of enemies. 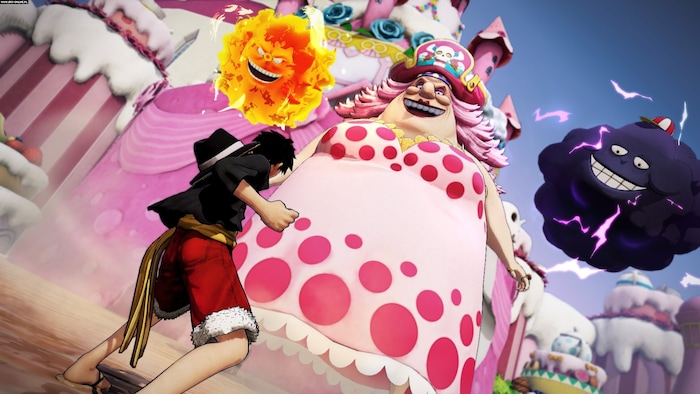 Play 34 Story Mode missions and choose from 40 main anime characters – including villains! Discover the abilities and skills of the heroes, gain experience, and create more and more devastating combinations of attacks. See the transformations and use powers to face other players or mighty beasts in Titan Mode. All this and more – complemented by the unique humor known from the One Piece series and an exceptionally accurate representation of the characters.

Enter the Tsukihime: A Piece of Blue Glass Moon universe and see the origins of the story’s events. It is an extraordinary fighting game with visual novel elements and a pace of action that will draw you from the very first second! 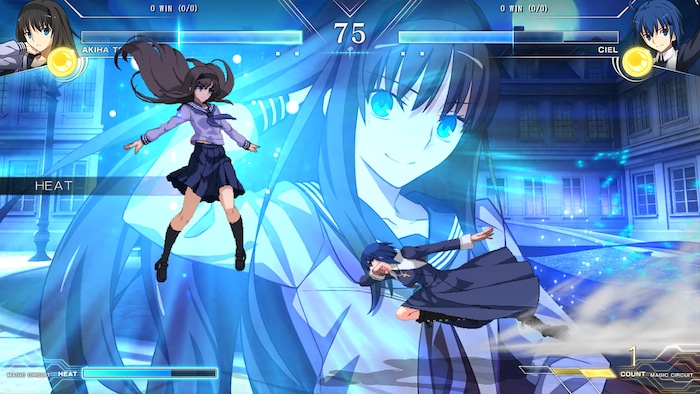 Choose from 18 heroes with unique abilities and engage in epic battles on magical 2D arenas. Try out brand-new attacks and abilities like Rapid Beat or Moon Drive to surprise your opponent with unpredictable moves. In Melty Blood, you can play solo or multiplayer in one of the many engaging game modes.

Dis you love the Persona series? Be sure to play this 2D fighting game set in your beloved universe – with heroes from Persona 3 and Persona 4 as playable characters. 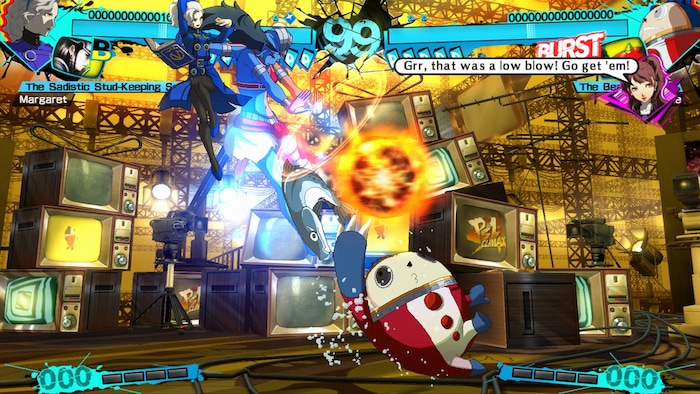 Get carried away by the many plot modes and discover the stories of its heroes in a fierce combat style! Or enter the Golden Arena and discover new gameplay possibilities available only in Arena Ultimax. Play with your favorite characters from the series, learn their skills and create devastating attacks and combos to destroy each opponent. Try out deadly powers and enjoy your battle experience like never before.

It is a classic 3D fighting game – but with Pokemon! Fancy an epic fight against the best trainers or other players? It is your perfect recommendation! 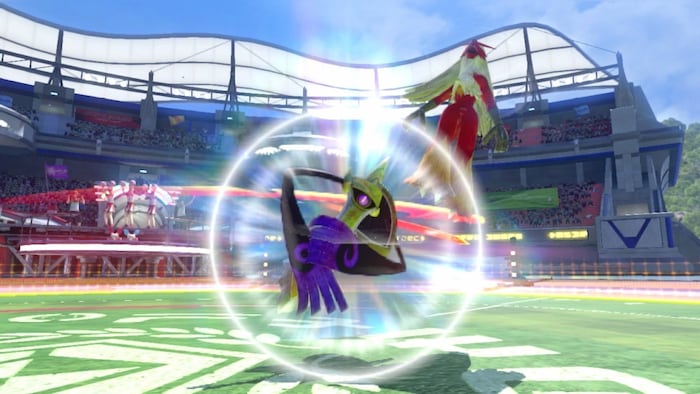 Choose from fifteen Pokemon from the oldest and newer series to join a series of challenges in combat arenas. Discover their unique attacks and create devastating combos to knock down your opponents! Play Ferrum League mode and start a series of spectacular fights to climb to the top. Or go to battle against other players and surprise them with your impressive skills in the Pokemon universe!

Play an engaging fighting game set in the famous Kill la Kill universe. Guide the fate of Ryuko Matoi and discover the mystery of her father’s death in the fight against students of the prestigious academy. 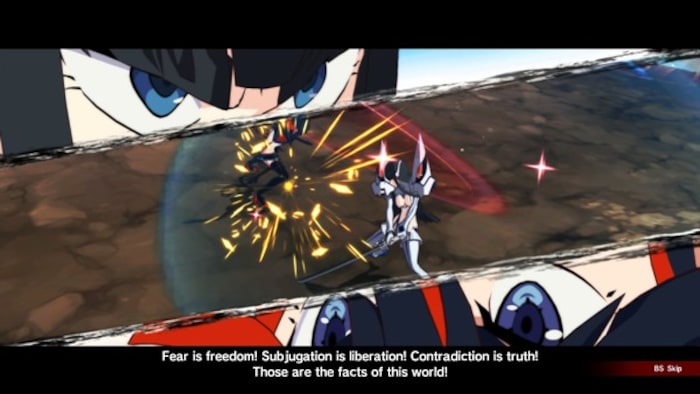 Confront powerful enemies and use your deadly powers to revenge for your father’s death. It is a fighting game with an extensive story mode where you will discover the secrets of a school and confront its mischievous students on the battlefield. Use the abilities of your unique uniform and eliminate your opponents using supernatural powers or nasty taunts.

This epic tag-team fighting game from Arc System features forty characters from Blaz Blue, Persona 4, or RWBY, and much more! If you are looking for an anime team gameplay, this title will meet your expectations. 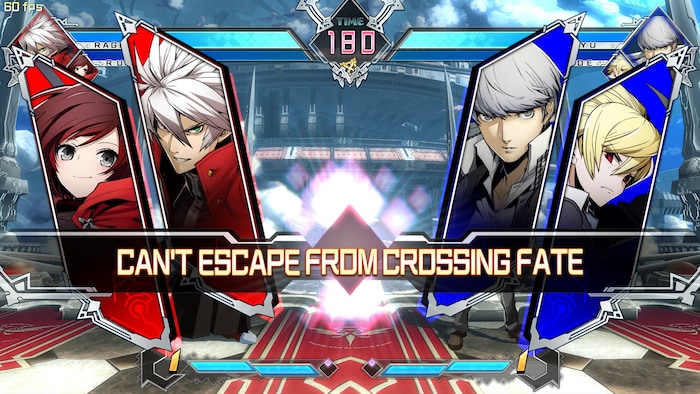 Play against AI or challenge other players in team matches. Choose from your favorite anime characters and use their skills to switch between heroes in combat. Get ready for the fast-paced action and surprise your enemy with intense attacks! The game offers many game modes, among which every fan of fighting will find something just right for themselves.