C&C is probably best known not for the addictive and fun gameplay, which is also a part of the Command & Conquer games, but for the introduction of full-motion video cutscenes where real actors appeared and played their roles, speaking directly to the player as he was a real person inside the game’s world.

This changed in a few games, however. For example, in Tiberian Sun series the player was still watching the real actors in the cutscenes, but usually, he was no longer directly mentioned and pointed at, and the Generals series did not have such cutscenes at all. 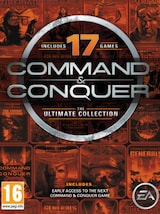 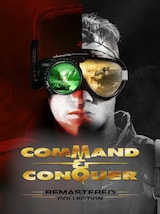 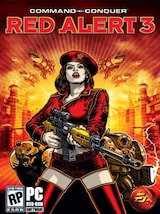 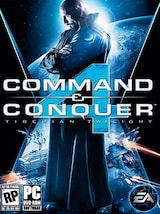 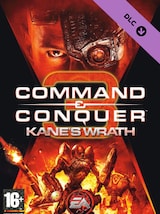 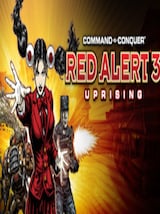 Most games in the franchise are real-time strategies set in the futuristic world full of robots and advanced technology, where you need to build your base, gather resources, recruit various units and command them to destroy the enemy base while keeping in mind strengths and weaknesses of all the different troops to make the most out of them. An exception would be Command & Conquer: Renegade, a shooter that allows players to switch the camera between first- and third-person perspectives.

Command & Conquer is undoubtedly one of the most influential RTS franchises of all time and will give you great fun for hundreds of hours to come. In case you are new to the series or perhaps want to rediscover it and can’t decide which game you should play, we prepared a convenient list of some of the most successful titles from the C&C series – make your pick and have fun.

If you are worried that the original two games are too old to run well on your system, you should take a look at Command & Conquer: Remastered Collection. Not only does it bring them up to speed with modern video game technology, but also includes a few notable imporvements and bonuses to sweeten the deal.

In the collection you get the games themselves, with a way to switch between original and remastered graphics at will, a somewhat better UI, and a lot (A LOT) of extras, upscaled movies, remastered music, customisable soundtrack and more. It is most likely the best way to experience these classics in the 21st century.

If you want the fullest Command & Conquer experience, then The Ultimate Collection should be the way to go, as it includes virtually all of the Command & Conquer games, as well as their respective expansion packs.

From the first title in the franchise, through Red Alert and Tiberian Sun, to the C&C 4: Tiberian Twilight, here you will find everything you could possibly want and need when speaking of the C&C franchise. Dive right into one of the most iconic real-time strategies of all times, build your base, and lead your troops to victory.

The last entry in the franchise has also the most appealing graphics, making it somewhat easier for newcomers to start their adventure with the C&C series right here. The gameplay also was simplified to make the title more approachable – resource gathering was removed, as well as the base building elements, allowing players to focus entirely on the battle and micromanaging their units on the battlefield.

Because of how different the game is from previous installments, it’s still worth giving a try even if you didn’t like the original concept known from its predecessors. Similarly, if you started here but didn’t find the game fun enough for your taste, you should still check out earlier entries of the series.

Yuri’s Revenge is the expansion pack to Red Alert 2 and it focuses on the titular Yuri, an ex-Soviet figure who plans to dominate the world through mind control. The game assumes that the Allies were victorious in Red Alert 2, and it features two separate campaigns that allow players to experience the story from a different perspective.

Among some of the new important features and additions, it’s worth to mention the new playable faction, Yuri, and the introduction of various support abilities, such as force shields that temporarily make the buildings invulnerable at the cost of the faction losing power. Additionally, from now on, all unit types have their own unique voices.

Plot-wise things got quite interesting. In the alternative timeline, the Soviets lost the Second World War, but it wasn’t their last word. They decided to travel back in time to change the course of history to their favor and to kill the man, who helped Allies win – Albert Einstein himself.

The outcome, however, was not what Soviets were hoping for, and a new rival superpower came to life – the Empire of the Rising Sun. In terms of gameplay, there were also some interesting changes done. Now the game emphasizes naval warfare – many units are amphibious, trading the firepower for increased flexibility.

Uprising is a standalone expansion pack to Red Alert 3. It doesn’t alter the gameplay of Red Alert 3 in a significant way, but it comes together with several additions that are worth mentioning.

Especially 4 new mini-campaigns, as well as the 50-scenario long Commander’s Challenge mode, where players are tasked with defeating increasingly-difficult scenarios, each with its own unique rules and conditions. Winning the challenge unlocks new technologies that may be used in subsequent challenges.

Kane’s Wrath introduced an entirely new way to play the game. The new mode called Global Conquest gives you the ability to play the risk-like game, where you take turns with your opponents to perform actions on the global map, such as building bases across the world, upgrading the existing ones, or launching an attack on the selected area.

Interestingly enough, declared battles can be resolved automatically, but you may also step in and resolve it yourself by playing the battle on the battlefield in real-time.

It might be hard for newcomers to jump into the first game of the C&C franchise due to its outdated graphics, but if you can ignore that fact, you’re in for a treat. The game is still unbelievably playable and has a lot to offer.

The action takes place in the alternative timeline and starts with a mysterious meteorite full of a toxic substance called Tiberium crashing into the Earth. Tiberium became valuable and highly demanded resource, causing different people to fight for it, for good or for bad. Now the Global Defense Initiative and the Brotherhood of Nod are battling each other in order to secure the substance.

Considering how many different titles can be found inside the Command & Conquer franchise and how these games are sometimes so unique from each other, getting the Ultimate Collection might be the best idea to experience the entire series for a discounted price. Because of how the C&C games differ from each other, don’t feel discouraged to the entire franchise if you find one game not fitting your definition of a perfect RTS. Give another one a try, and you might be pleasantly surprised.