Counter-Strike Global Offensive is currently one of the most popular online first-person shooters in the world. With a player base of almost half a million, it is hardly surprising that more and more users decide to try out this action-packed FPS.

The game lures the players in with intuitive gameplay, easy-to-learn rules and chance to become a worldwide champion form the comfort of the players’ sofa. There’s also one more thing that draws in the players – skins. A hallmark of many multiplayer games, skins in CS: GO allows players to add a personal touch to their weapons and uniforms. Skins can be obtained from cases and these can be opened with gift cards. There are many places where the player can get a gift card, and in this article, we will present the best of them.

History, player culture and the phenomenon of skins 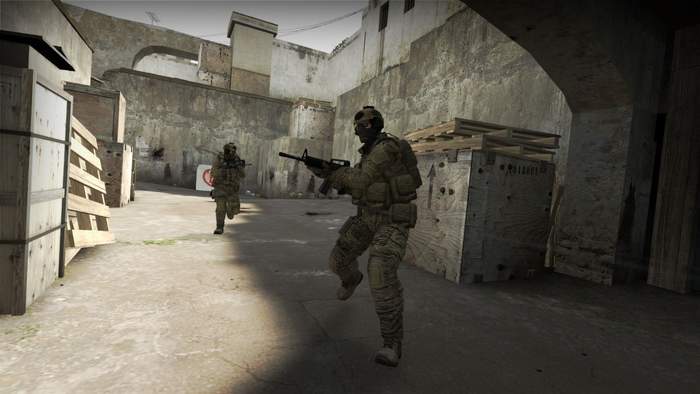 The history of CS: GO began in 2000 when two developers. Minh Le and Jess Cliffe created a mod for popular Half-Life 2. The mod, named “Counter-Strike” quickly became highly popular amongst the online players. What drew the gamers in were simple, yet satisfying gameplay, realistic for that time gameplay, and variety of modes the player could participate in. The popularity of the first game, commonly referred to as Counter-Strike 1.6, led to the development of further titles in the series, the culmination of which is Counter-Strike: Global Offensive

CS: GO was a revolutionary title for several reasons. One of them was the specific gamer culture that arose around it. Due to its high popularity, CS: GO quickly gained traction in the e-sport circles, which led to establishing certain rules of conduct the players should obey. These rules are encapsulated in the words “good luck, have fun” – a form of greeting said at the beginning of every match. CS: GO’s savoir-vivre requires the players to respect each other, both in terms of gameplay and in the chat. Following said rules has become one of the main reasons why Counter-Strike is so popular – toxic behavior is unacceptable and those breaking the rules or causing other players trouble are quickly banned.

Another reason for why the subculture of CS: GO gamers is so specific, is the prevalence of skins. Skins are cosmetic effects applied to the player’s weapon and in-game avatar. They range from simple color palette change to unique patterns and sheen effects. What’s important about the skins is that they are a symbol of status and skill of the player. Skins in CS: GO aren’t easily acquired, and getting the best ones can take months of playing and winning. Which is why players often take a shortcut and simply buy them at online stores. What sounds easy enough, in theory, is not so simple in practice. Let’s see why.

Purchasing skin is easy. Getting the skin you actually want – not so much. The entire process involves purchasing a special gift card. This card, available at many online marketplaces, needs to be later redeemed at the store it belongs to. Redeeming the gift card gives the owner access to the funds, which can be spent on one of several cases. Said cases contain every type of skins, from common to rare. The trick is that the contents of the cases are randomized and getting the skin the player wants might not be easy. However, most of the cases are reasonably priced, which allows several tries with one gift card top-up.

Below, we will present some of the most popular skin case selling websites and their gift card options.

Skinhub might have the highest card value to case cost ration on the market with the prices as low as $0.05, and card values ending with $1000, it beats the competition out of the water. But if you think that the low costs of purchasing a case are the best thing about Skinhub, well, you’re only partially wrong. Yes, the attractive pricing might draw in players who don’t want to spend too much on making their gun look like a Christmas tree or Halloween decorations. But other than that, it offers user creating their own cases. What that means for someone who looks only to buy skins and not to sell them. Simply that the offering of Skinhub is constantly updated. The buyer can be sure that the skin they are looking for will eventually be there, thanks to enterprising CS: GO players from around the globe.

While not as versatile as Skinhub, DaddySkins is still nothing to sneeze at. DaddySkins gift cards come in six variants: from $5 to $200. DaddySkins offers a lot of choices when it comes to cases, providing quality ones at reasonable prices. The player can look up the rarity of the skins they’re looking for at their website to see the percentage of chances they’ve got for acquiring the favored skin. DaddySkins also run themed cases line, which includes weapons inspired by countries, holidays and other events.

Similarly to DaddySkins, Hellcase.com offers cards in the 5-200 dollars range. They offer a similar variety of cases as the website above, however, they also offer multiple openings with one purchase. Hellcase’s offer includes the 66 666 666 case, costing only $6,66, as well as thematic cases for specific weapons, like M4 and AK-47. Hellcase is very well-known skins case website that offers a wide variety of different CS: GO skins.

WTFSkins operates on slightly different rules than the previous websites. After purchasing and redeeming a gift card, the player is awarded gems. These gems are the virtual currency of the website, with which the player can purchase skins for CS: GO weapons and more. The WTFskins is a skins openings selling website that differs from the rest of the industry but is without a doubt an interesting option that is chosen by many Counter-Strike: Global Offensive players.

CSGO.net advertises itself as the “your favorite CS: GO case opening site”. It’s hard to argue with that statement, seeing how CSGO.net offers a huge variety of skins at four different price ranges. The cases vary from normal ones to various themed packs, offering a large variety of skins inspired by video games, movies and more. CSGO.net is quite popular among Counter-Strike players who often choose one of the skins cases that the website is offering.

“The oldest and most trusted CS: GO skin site” allows the player to submit and withdraw skins using a unique trading system. Players can decide to “trade” with others, exchanging skins they possess, or buy new ones using coins. Some of the items are locked behind a cutoff period, so the player should always pay attention to when their desired skin will be unavailable for purchase. CSGOEmpire is definitely one of the most popular Counter-Strike: Global Offensive skins case opening sites in the world that has a wide range of options.