CD Projekt Red’s upcoming Cyberpunk 2077 is undoubtedly one of the most anticipated games set for a 2020 release, but there’s still some time before it launches.

It happens to be just enough time to get your cybertrunks on and dive head-first into other cyberpunk games to prepare for the full immersion in CDPR’s next production. 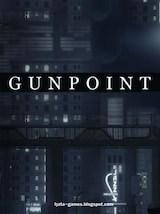 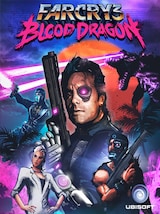 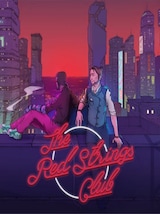 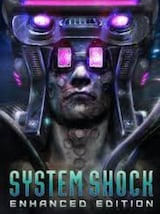 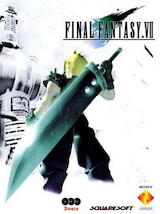 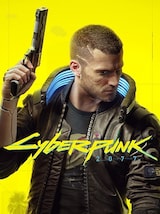 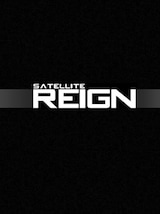 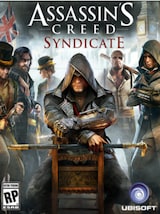 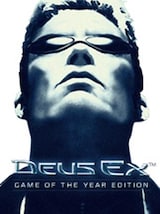 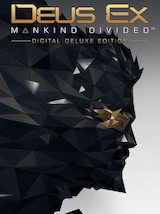 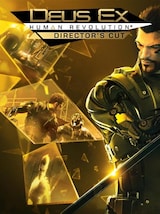 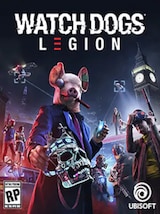 System Shock is one of the legendary games which many gamers know to hold in high regard mostly by osmosis.

Its sequel is perhaps even more famous. The legacy of System Shock lives on through the Deus Ex and BioShock franchises. 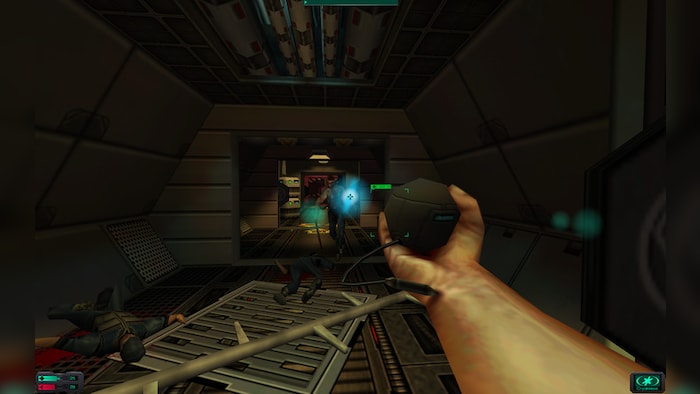 Both System Shocks deal with the risks of developing a fully functional AI, called SHODAN. In the first game the player is a hacker, who is manipulated by a corrupt megacorporation executive into unleashing SHODAN. The player character in SS2, a soldier, deals with the aftermath of the previous game. It’s an essential series for any gaming fan of cyberpunk.

From the first moments of Final Fantasy VII there’s no hiding that there is something cyberpunk about it.

An off-the-grid resistance led by a man with a cybernetic arm attacks a facility of a continent-spanning corporation. And all of that happens in a massive city ruled completely by the corporation. If that doesn’t sound like a cyberpunk setup, few things would. 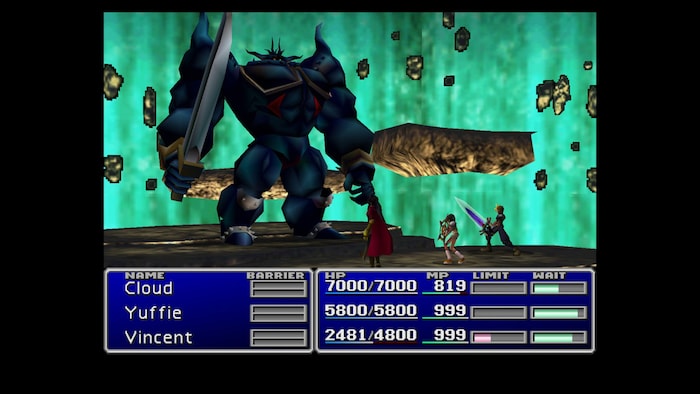 Ultimately the story diverges from that strong urban opening towards ecology and ethereal matters. Nevertheless the city of Midgar would feel in place in many a cyberpunk world, if it only replaced its Mako reactor with a huge nuclear power plant, for example. The somewhat retrofuturistic aesthetic is also pleasing.

Revengeance is hardly down-to-earth or serious, but it does have the cyberpunk stylings and some of the spirit, too.

The setup is certainly promising: a bodyguard employed by a military corporation fails a protection detail. As a result a politician is killed, and the bodyguard himself requires extensive cybernetic treatment to stay alive. 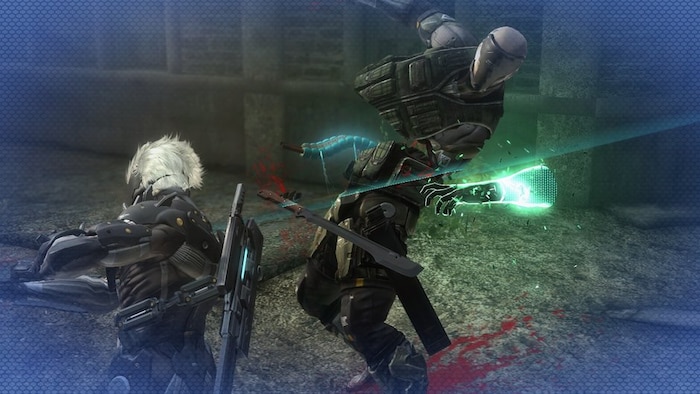 As is usual for a Metal Gear game, science fiction blends with political fiction, and various companies exert unprecedented pressure on governments. Although the action sequences in the game are quite… imaginative, there is a cyberpunk thread linking all of that.

If you know Supergiant Games’ Bastion, then you’ll likely be delighted to know that the same developer made Transistor.

It’s protagonist, Red, becomes a target of assassination ordered by high-ranking officials. Fortunately failed, and Red comes into possession of an odd sword-like weapon capable of absorbing mind of people it kills. 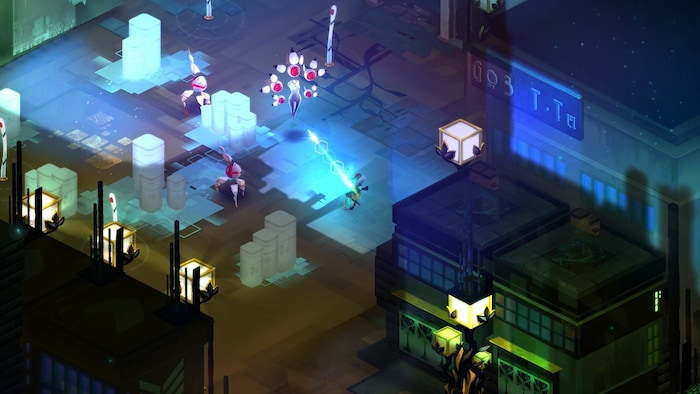 Over the course of the game Red will fight legions of robots known as the Process who have rebelled against their original purpose. One of the themes of Transistor is the continuation of existence within the virtual space, as exemplified by the man who became the victim of the attack intended for Red, who is lives inside the “sword” and serves are the game’s narrator. It’s something very familiar to long-time players of the tabletop system on which Cyberpunk 2077 is based.

The world of Shadowrun comes from a tabletop game of the same title, and is a blend of distinctly cyberpunk aesthetic and themes with fantastical elements such as dragons or magic. 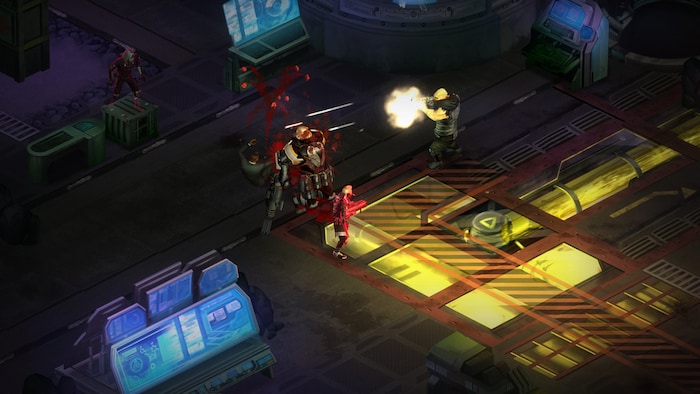 Dragonfall follows a group of shadowrunners—hired operatives earning a living by extracting protected data—on an ill-fated run. Dragonfall has turn-based combat, a decent recreation of the tabletop’s mechanics, and a complex, reactive storyline which may play out in many different ways.

A corporation creates a digital system designed to control the infrastructure of a city, while a group of hackers tries to counteract this invasion of privacy. Sound adequately cyberpunky, even if the aesthetic isn’t really there (maybe Legion will change this?). 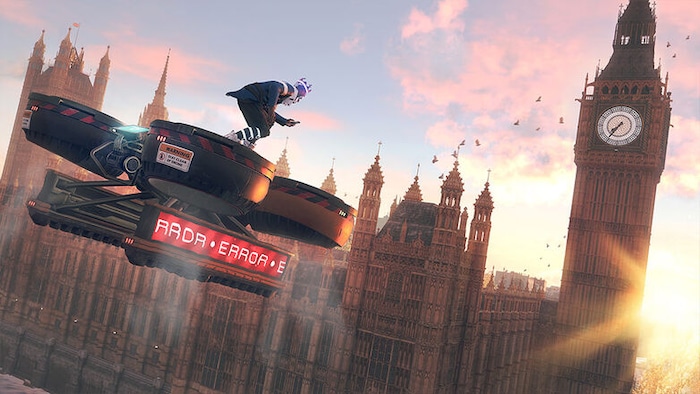 Watch_Dogs is all about fighting against a corporation trying to extend its reach more and more into the privacy and safety of people. The methods used by the protagonists may be questionable, but hey, morality is hardly ever black-and-white in cyberpunk.

Dex is mostly a platform game, but don’t let it distract you from the fact that it has cyberpunk themes running through its veins. Developed by Dreadlocks Ltd. Dex tells the story of, well, Dex, who becomes targeted by a corporation running the Harbor Prime city for reasons you’ll be find out on your own in the game. 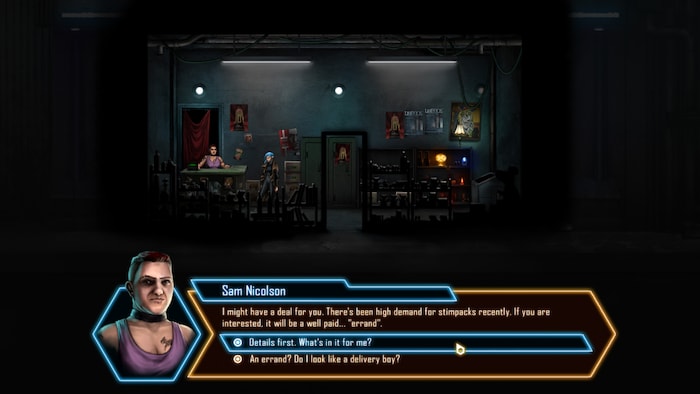 Platforming isn’t all you’re going to do. There’s also a bit of fighting to do (including close range kicks and punches), hacking, or lock picking. All of them are skills you can put your experience points into so as to make them more effective. There are even NPCs who would give you tasks.

Like Uplink and its ilk in years past, Hacknet is a hacking simulator, transforming your computer into a tool of fighting against the Man. You’ll learn command prompts and watch progress bars fill up as you exploit vulnerabilities and plant your own bugs. 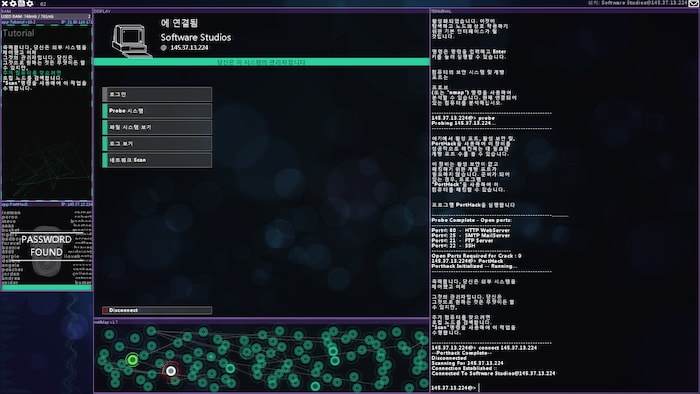 Your task, because the game is not without a story, is untangling the mysterious death of a hacker who designed an invasive security system. As the recipient of his failsafe message it falls to you to figure out what happened and decide on the future of the system.

The original Deus Ex is probably the most cyberpunk game developed to this day.

With grim urban settings, corporate conspiracies, cybernetic augmentations, and transhumanist themes, the cyberpunk is strong indeed. And it continued with the prequels, too, including Mankind Divided. 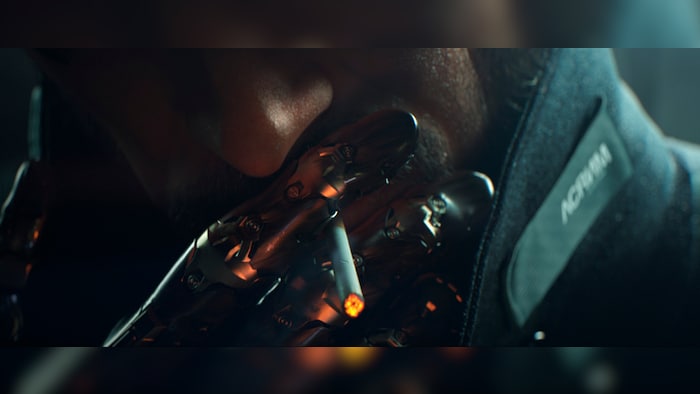 DE:MD depicts the aftermath of the events of DE: Human Revolution. The tensions between them and unaugmented people are high and lead to acts of aggression. Adam Jensen, himself extensively augmented, has to navigate this landscape to expose a shadowy organisation behind recent events.

Welcome to year 2084, where humanity is feebly trying to recover from a deadly disease epidemic and a war which followed it.

The player controls Daniel Lazarski, a special investigator capable of hacking into people’s minds in order to extract information. As he follows up a call from his son, Daniel stumbles upon a sinister plot. 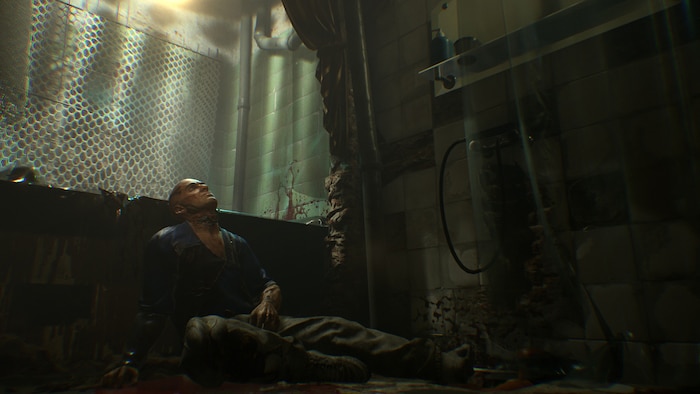 Like System Shock before it, Observer proves that a horror story is fully compatible with cyberpunk trappings and themes. Hacking into the deceased brains of deranged criminals put a strain on Daniel’s mind, and his investigation would be disturbing enough even without it.

Thus concludes our list of games like Cyberpunk 2077, or at least sharing the same genre. While Deus Ex bears probably the strongest resemblance to CDPR’s upcoming production, there are enough variations on the genre for everyone to find something to suit their needs.