Alright, you have to admit: 2021 was a bit “meh” when it comes to video games, at least in the AAA segment. Still, 2022 shows a lot of promise! There’s a whole bunch of great games coming out in January 2022. We picked the best five of these, hope you’ll love our choices. Let us dive right in, shall we?

A triumphant return of a kaiju hunter simulator series

Alright, maybe “kaiju” is a bit of an overstatement here, but make no mistake: the monsters you’ll find (and obviously fight) in Monster Hunter Rise are no easy prey! They’re huge, they’re deadly, they’re insanely hard to take down. To slaughter them all, you need to get proper gear first: weapons and armor that will help you defeat the beasts that get tougher as you progress in the game. It’s all part of the series’ famous gameplay loop: kill a big monster, make better weaponry to be able to kill a bigger monster, rinse and repeat. 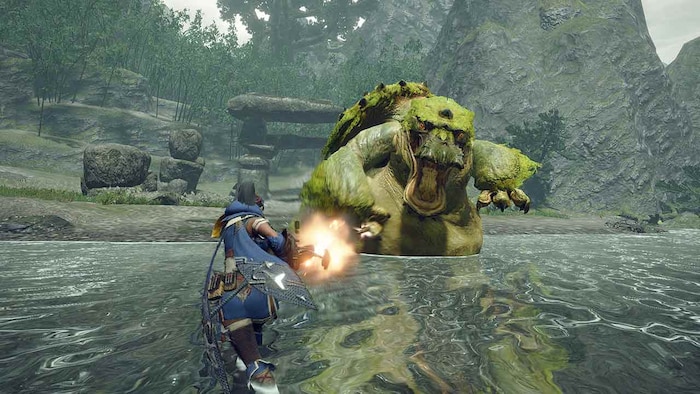 Rise doesn’t revolutionize the classic formula, it only enhances it. Basically, it does all the same things previous games did, but better. You can hunt monsters either on your own or in parties of up to four players (still, your Palico and Palamute pals can join you in your quest). The main difference is that this game emphasizes verticality as opposed to its more [productLink,10000084263007]horizontal predecessors[/productLink]. You get a tool called the Wirebug that lets you traverse the world more easily and even control some of the monsters to a certain extent.

You can also team up with other players to test your mettle in a survival mode called Rampage. This is where you defend your village from monster attacks, tinker with siege weapons and command the NPCs to aid you in your battle.

Monster Hunter Rise was actually released in 2021, but that was a Nintendo Switch version. The PC port has just dropped and reviewers are pretty much full of praise for it. Oh, and an expansion pack titled Sunbreak is in the works as well, to be released in mid-2022. Great, more fun content for monster hunting fans!

Kratos and Atreus are back and ready to (Ragna)rök!

The Norse era of the God of War series is coming to an end with this installment. Kratos and his now teenage son, Atreus, embark on a quest to prevent the impending doom and the death of all that lives, including the Nordic pantheon of gods. 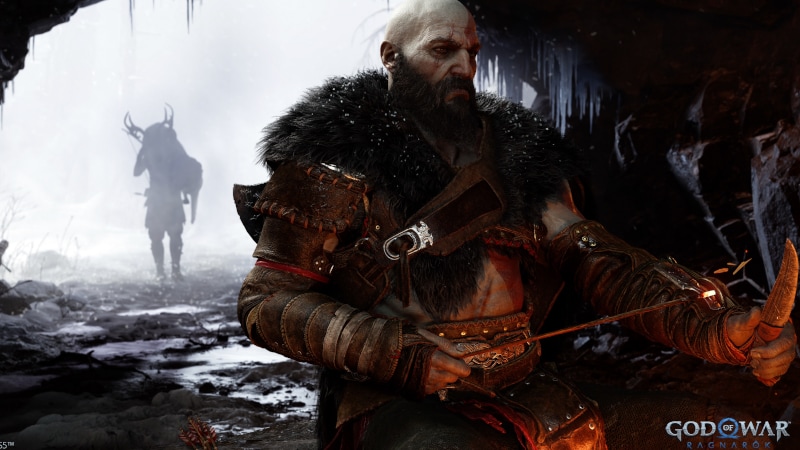 It’s a bit tough to talk about what the upcoming God of War sequel will feature, as even the title of this installment was uncertain for a while and even thought to be actually bogus. From what we’ve gathered, this game is going to feel a lot like its predecessor, as at its core the gameplay will be very similar (with all sorts of tweaks, upgrades and new additions, probably). So, you’ll see more of Kratos wielding the iconic new weapon, the Leviathan Axe, and yelling “BOOOOOYYYY!!!” at his son, in addition to slaughtering tons of enemies coming in all shapes and sizes. You’ll also get to explore all nine realms depicted in the Norse mythology, including the previously unavailable places like Asgard, Vanaheim and Svartalfheim.

Additionally, the developers have decided to make God of War Ragnarök the final game set in ancient Scandinavia. There were plans for a trilogy, but since both 2018’s God of War and Ragnarök took five years to complete (ten years in total), Santa Monica Studio felt fifteen years to tell the whole story was a bit of an overkill. This makes us expect that the game will be packed tight with a rich story and adventures for the player. It seems we’re in for a heck of a conclusion to one heck of an epic tale!

So, what will the end of Fimbulwinter bring? Where will the series take us next? Only time will tell.

It’s like Siege, but with a cosmic threat from outer space 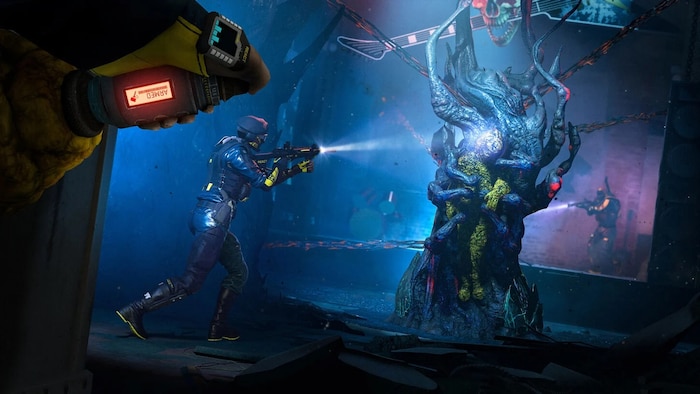 Where is Extraction situated on this map, exactly? Well, it’s basically a mixture of Siege and [productLink,10000002208003]Left 4 Dead[/productLink], as it turns out. You join a team of three players tasked with infiltrating various locations infested with vicious and deadly aliens known as the Archaeans. They kind of work like zombies that can be found in similar games, like the afore-mentioned Left 4 Dead. There are also special enemy types with unique abilities that are sure to mess up your plans. The objectives your team needs to complete usually involve collecting samples and gathering all sorts of intel. They’re also randomly chosen at the start of each game, so you’ll never really know what to expect.

Each session (they are called “incursions,” by the way) consists of three sub-maps. If you beat one, you move on to the next level, which is more difficult than the previous one, but you also get much better rewards if you complete it. The key to winning is choosing the operators that complement each other with their special abilities. You have 18 characters to choose from, with many returning from Siege. What happens if you get defeated? Well, your next mission will be to rescue fallen operators captured by the aliens, or they will be unavailable for you to choose in the following sessions. If an operator receives too many wounds, they’ll have to sit some missions out as well.

As you can see, the tactical element is intact. You need to work together with your teammates to successfully complete a mission and get the heck out of there in one piece. Your health doesn’t regenerate, so you need to be extra careful and precise, as well as properly manage whatever resources are available (and you’ll find out soon enough that they’re rather scarce).

Time to give some neighborhoods an extreme makeover!

It’s kind of hard to say what this game actually is. Is it a build mode from [productLink,10000023713003]The Sims[/productLink], but made into a separate game? Is it one of the [productLink,10000265125004]Car Mechanic Simulator[/productLink]-type games where you take, uh, objects of all sorts and renovate them? Well, it’s probably a bit of both. 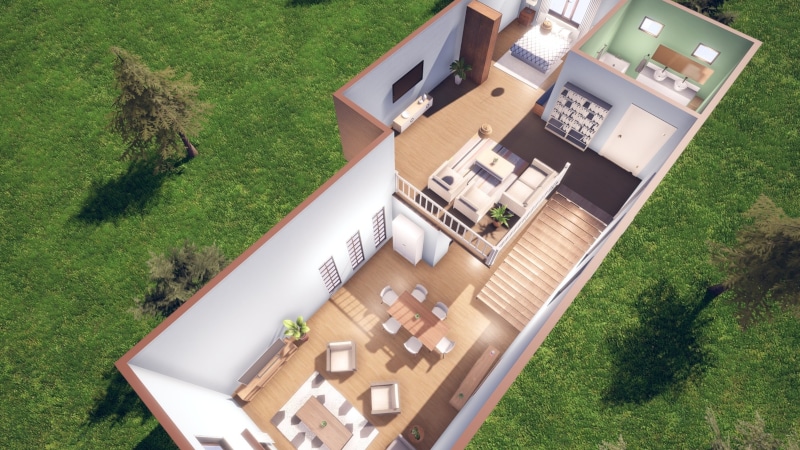 Made by people responsible for Design this Castle and Design this Home, Hometopia is in fact a house designer app disguised as a video game. If you want to play the campaign, knock yourself out. There are five different suburbs, each neighborhood more prestigious and luxurious than the previous one, and your task is to purchase run-down buildings, renovate them and make ludicrous amounts of money. As you increase your wealth and prestige as a home designer, you gain access to further areas and unlock new items to help you refurbish all sorts of houses and apartments in style.

But what if you just want to design your dream house? No worries! The game features a sandbox mode where you can create all you want and without any restrictions. You have unlimited budget and unrestricted access to all the items in the game. OK, the single player campaign (AKA the Career mode) is fun, but we suppose plenty of folks are going to spend thousands of hours in the sandbox instead.

Anything else? Hometopia supports Steam Workshop, which means you’ll be able to get new items created by the fan community. You can visit and explore your houses and apartments in a first-person mode where you can walk around freely and – in a way – experience what it would be like to live in the place you built.

Kingdom of the Dead

Kingdom of the Dead seems like another piece that harkens back to the glorious days of the decade between 1990 and 1999. And yes, at a first glance it totally looks like a love letter to the likes of [productLink,10000049723002]Quake[/productLink] or even [productLink,10000014050006]Thief[/productLink] (more on that in a minute). But there is something else to it: its intriguing hand-drawn pen and ink visual style, with black and white colors (and a hint of red). 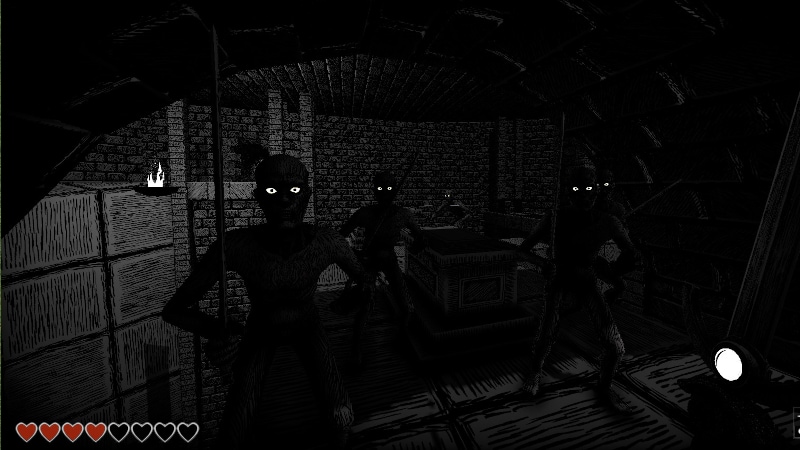 What’s the game all about? It’s a horror-themed first-person shooter where you play as Agent Chamberlain, a professor-turned-Army General whose job is to scour the US East Coast of the demonic forces that plague it. After all, you are a part of a secret government project known as GATEKEEPER. Apparently, the army of the damned has invaded the United States, with the Death himself leading the assault, and it is your job to finish them all off and send them back to where they belong (which is hell, obviously).

The campaign (it’s a single-player-only game) spans eight huge levels set in various places along the East Coast. You’ll get to visit underground tunnels, catacombs, tombs, dungeons and other nice and cozy places. There are eight weapons to demolish the demons with and over twenty types of enemies to slaughter. There are even old school-style bosses to deal with!

Now, we mentioned Thief. Why? Well, the visual style and atmosphere really seem inspired by the supernatural elements found in The Dark Project from 1998. And the higher the difficulty you set, the more objectives you have to complete, which is a feature that you can also find in the original Thief series, known as the Keeper trilogy. After all, this classic stealth game is simply legendary. It has been incredibly influential and even today it inspires video games of all sorts (like Gloomwood, a 90s style stealth game that Kingdom of the Dead is also a bit reminiscent of).

So, these are the TOP 5 video game releases we are waiting for in January 2022. There’s something for both fans of frenetic combat and peaceful building.

If you’re curious if there are any other interesting games getting released this month, there is a couple. For example, [productLink,10000279644004]Weird West[/productLink], a mixture of classic Western tales and dark fantasy where you can shape your story the way you like, sandbox-style. There’s [productLink,10000031423008]Astroneer[/productLink], a yet another sandbox game where you explore space and all sorts of alien planets, uncovering the mysteries of the universe. And then there’s Pokémon Legends: Arceus, an action role-playing game set in the past when the Sinnoh region was known as Hisui. A mythical Pokémon known as Arceus will be key to the game’s story.

As you can see, 2022 is off to a great start. Here’s to hoping that we’ll see more amazing releases in the future!