The term „hack ‘n slash” is as old as the gaming itself. Its roots reach as far back as to the earliest tabletop role-playing games – in Dungeons & Dragons, hack ‘n slash denoted the type of campaign where the focus was put on violence and fighting, without any particular goal to be achieved. Ever since then, the term remains connected with unfiltered, non-stop action.

Nowadays, hack ‘n slash games moved away from the pen and paper RPGs and moved to PCs and consoles becoming one of the most robust genres in history. Many games claim the rights to the title of the best action-slasher. However, as entertaining as this particular genre is, the titles it produces are quite monotonous and most of them rarely stand out among their kin. Though, there are titles that managed to impress the critics and the players with its gameplay and presentation, breaking the mold and even reaching general audiences.

Our list will present some of these titles. Some are one-hit wonders, single games that managed to win the hearts of the players. Others belong to long-running franchises, well established in the gaming industry. Nevertheless, these games are excellent representatives of their genre – action-packed gorefests, that will keep you at the edge of your seat to the very end.

Thanks to the popularity of Dark Souls series and Bloodborne, FromSoftware has garnered an unlimited credit from players and critics alike. Both DS and its spinoff proved that hardcore video games, with difficulty through-the-roof difficulty levels, can still reach wide audiences. And then came Sekiro. 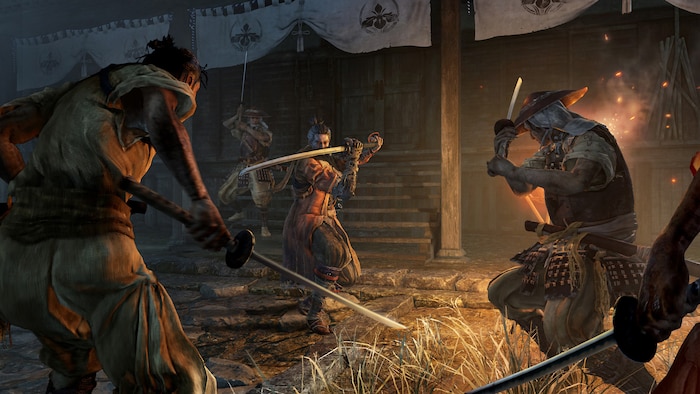 The story of a rogue samurai bodyguard searching for his kidnapped master was so popular and so well received by critics, that everyone wanted to play it. But, being a FromSoftware game, it was also extremely, frustratingly difficult. S: SDT success reignited the discussion of whether or not such games should have an easy mode for less experienced players.

Unlike DS and Bloodborne, Sekiro’s gameplay relied heavier on stealth rather than direct combat. In a game where each strike is a lethal one, avoiding fights is the best way to survive. The combat mechanics were also different than that in previous FromSoftware offerings – attacking enemy threw them chipped away at their balance meter. When spent, they were open to the finishing blow. The same mechanic applied to the player, which turned encounters into bloody dancing sessions, especially when the powerful bosses were involved.

In many aspects, Senua’s Sacrifice was an experimental title. The game was made by a small group of developers on a limited budget, with aims to make a triple-A title. Another experimental aspect was the serious treatment of the protagonist’s schizophrenia, and incorporating it into the gameplay. Both experiments proved to make the game one of the best titles of 2017, well received by both critics and players. 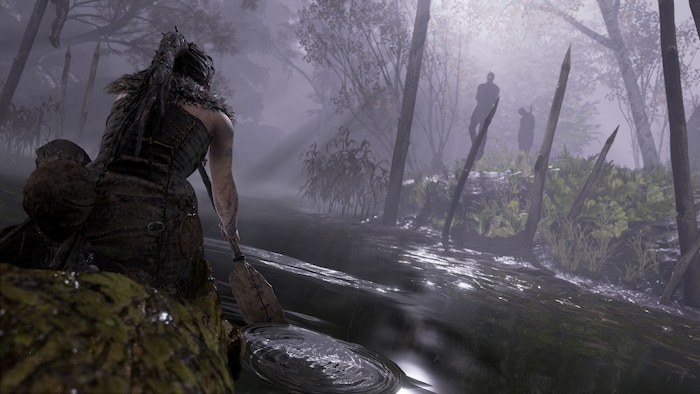 The hack and slash elements make the core gameplay mechanic of Hellblade, next to the environmental puzzle-solving. The protagonist, a young Pict warrior traveling towards Helheim to rescue the soul of her fiancé, has to fight an army of Viking warriors along the way. The combat mechanics include the use of counters, which – when performed correctly – will slow down the time around the player, letting them finish off the enemy. The game features several boss characters, each of which requires a different strategy to defeat, making this action-adventure game a unique hack ‘n slash experience.

Ever wanted to hunt really big beasts? With Monster Hunter: World, you can! The game is set in a world inhabited by a variety of monstrous creatures, and the brave heroes known as Hunters take it upon themselves to get rid of them. For a price, of course. 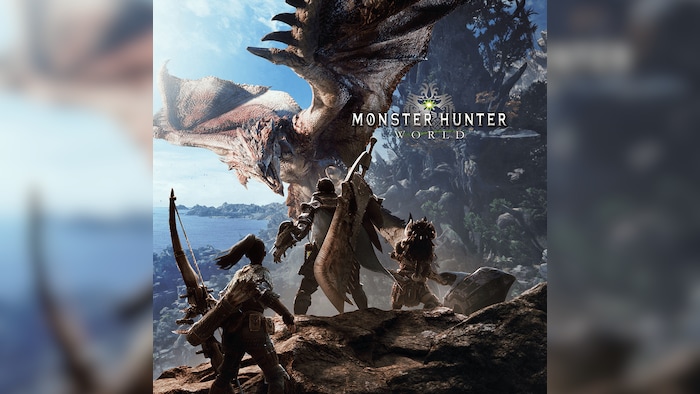 The gameplay mechanics of MH: W are simple – the player, equipped with an oversized weapon is tasked with taking down a seriously oversized monster. In between quests, they can upgrade their base, located in a frozen region, building various facilities that will help them on their monster-killing missions. Monster Hunter: World received highly positive reviews from the critics.

For Honor, Ubisoft action/fighting game answers one of the questions gamers have been asking for tears: who would win a fight between a knight, a Viking warrior, and a samurai. The game is set in a fantastical world, where all three factions wage battles for the title of the strongest one. Each faction features several warrior classes, which the player can choose depending on their playstyle. 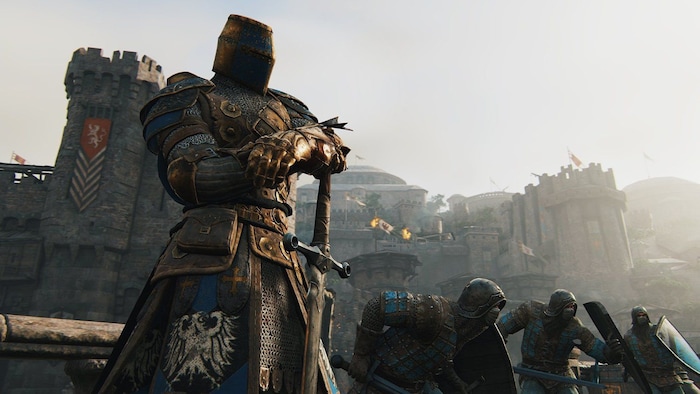 The game’s combat mechanics depend on the selected class: the Vanguard is the balanced one, the Assassin excels in speed and dueling, but deal less damage to groups of foes, the Heavies are strong but slow, and the Hybrid combine skills from above types and can use unique skills. FH features a single-player campaign and a multiplayer mode, in which up to 8 participants can fight in several types of matches: duels, skirmishes, and a version of a CTF mode. For Honor received solid reviews, and was praised for the tactical aspects of the gameplay, and went on to win Best PC and PS4 Game Award at Gamescom 2016

Darksiders: Genesis is the spinoff to a popular series, where the player controls one of the Four Horsemen of the Apocalypse. The game features two of them – War, the protagonist of the first game in the series and Strife – a previously unseen fourth Horseman. The story takes the protagonists against Lucifer, who plots to disturb the balance of strength between angels and demons.

The gameplay of Genesis is pure hack ‘n slash, with elements of RPG thrown in for good measure.  The player controls one of the two Horsemen – War and Strife – and can switch between them at any time. The former’s weapon of choice is a sword, while the latter prefers using guns to take down Hellish demons. Both can assume stronger forms when a special meter is filled, making their attacks stronger. Darksiders: Genesis received solid reviews from critics.

Ryse takes the player to Ancient Rome, where history was written with honor and blood.  The game follows the story of Marius Titus, a soldier in the Roman army who seeks to avenge his family, killed by barbarian invaders. Joining the Imperial legions in Britain, Marius begins his bloody quest. R: SoR’s core gameplay is built around combat. 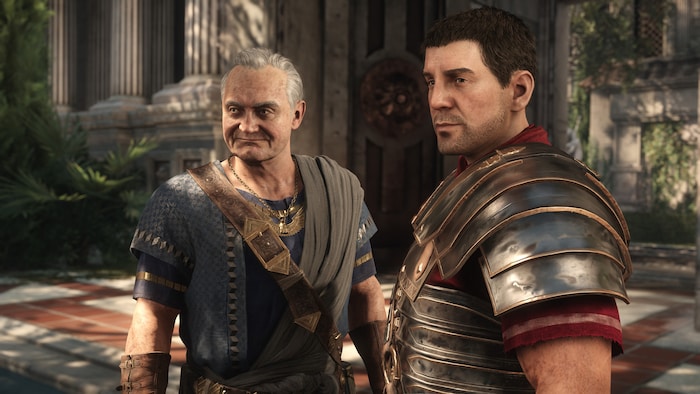 The player has several weapons at their disposal, including a sword, shield and a spear. The player fights many enemies on the battlefield, building up a combo meter.  Special executions can also be performed, after lowering the enemy’s health to a certain level. Executions reward the player with various perks depending on the type of attack. Son of Rome also features some RPG elements, with the player gaining experience points and spending them on upgrading the character’s skills. The game was met with positive critical reception and was praised for its visuals and story.

Mordhau is a battle royale-style multiplayer game, where the players face off against each other on various arenas using an arsenal of medieval weapons: swords, spears, axes, bows, and arrows, etc. The combat gameplay allows the player to perform a variety of moves, such as stabbing, cutting, kicking, as well as blocking and parrying. The player has a stamina bar, which depletes with each action. When the bar is spent, the player is left vulnerable to the enemies’ attacks. 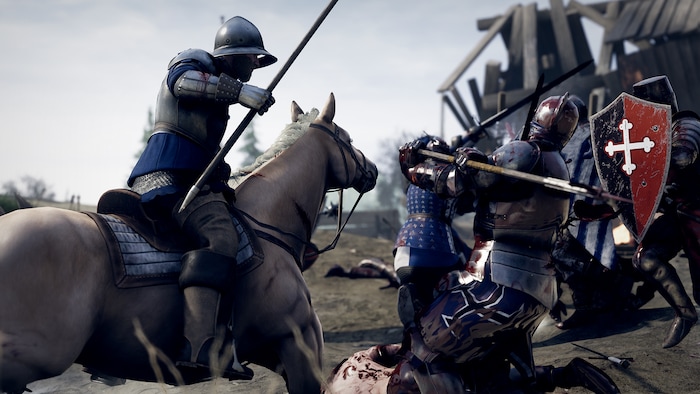 Mordhau features a variety of modes the players can participate in. These include the classics, such as solo and team Deathmatch, Skirmish and Battle Royale. Other, more creative modes, are Frontline, where players are grouped into teams and complete various tasks to gain points, and Invasion, which tasks players with attacking or defending an area. Mordhau received solid reviews from the critics.

The spinoff of the Metal Gear series, Metal Gear Rising: Revengence puts the player in the hi-tech getup of one of its most popular characters – Raiden, a cyber-ninja warrior equipped with sword able to cut through almost anything. Isn’t he the perfect protagonist for a hack ‘n slash title? 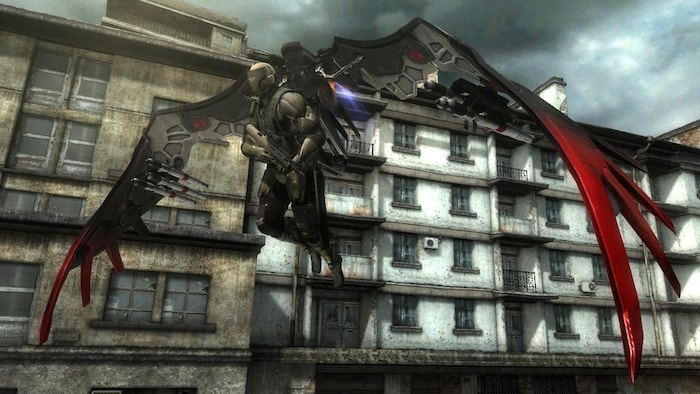 While the game wasn’t really up the alley of the hardcore Metal Gear Solid fans, it boasted one of the most intriguing action-slasher gameplay mechanics. Raiden could cut through nearly anything with his sword – be it metal armor of stone wall. The Blade Mode, in which the player could turn the enemies into meaty confetti with a series of precise cuts, was also quite innovative. Revengeance received solid reviews for its gameplay mechanics and franchise-expanding potential.

Creating a game based on J.R.R. Tolkien’s literary work and making it an action game was a very bold move, one that could easily backfire. Luckily, Middle-Earth: Shadow of Mordor turned out to be an excellent title, filled with intriguing gameplay mechanics and well-written story. Talion, one of the Rangers of the Black Gate, binds his fate with the wraith of Celebrimbor, an elf lord who helped Sauron create the Rings of Power, and together they embark on a quest to subjugate Mordor and defeat the Dark Lord. 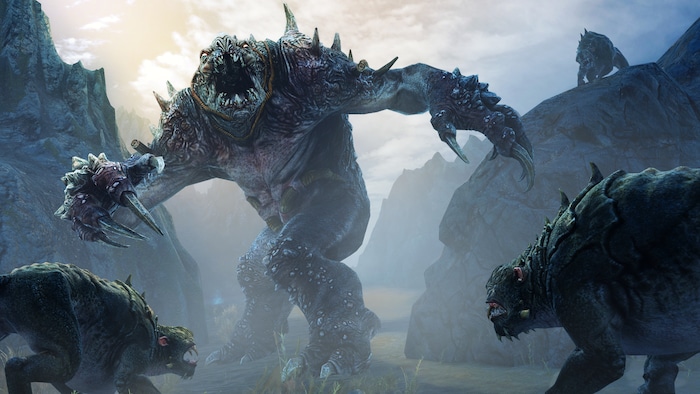 On top of being a competent action-slasher with elements of stealth, M-E: SoM featured one of the most interesting mechanics in recent years – the Nemesis system. Defeating an orc marked the player as its personal enemy, who might return later in the game to seek revenge. If killed by the orc, the player could seek it out in the world after respawning and avenge their previous defeat gaining more XP points. Both the story and unique gameplay mechanics garnered Shadow of Mordor highly positive reviews from the critics.

The Legendary Demon hunter returns, this time with two friends in tow! Devil May Cry V brings back the characters of Dante to Capcom, after a rather mediocre outing from Ninja Theory. The game more than delivers, bringing the classic, stylish hack ‘n slash action, embellished with some new mechanics. Aside from Dante, the new adventure features Nero, a young Devil Hunter from the fourth installment of the series, and V a mysterious individual with ties to both Date and Nero’s past. Together they face the Demon King Urizen, who had usurped the throne of Underworld and launched an attack on the human world. 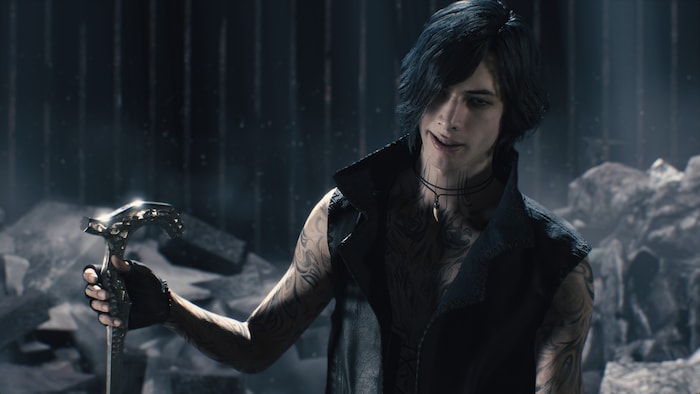 DMC V’s mechanics remain similar to those of previous, numbered installments of the series. Dante can use various melee weapons and firearms, including classic pistols and sword, utilizing four different styles of fighting. Nero is equipped with the Devil Breaker, a mechanical arm with various properties. V can summon demonic beasts to fight as well as exorcise demons with his cane. Each character is unique and mastering all of their skills is part of what makes DMC V an excellent game for series’ veterans. Devil May Cry V received critical acclaim form the reviewers, who praised the gameplay mechanics and worldbuilding of the title.