Nowadays, game-dev studios are in a race for the title of “Who will make the most realistic open-world game?” or “Whose epic action-adventure title will win the Best Screenplay at the next Oscars?”, or “Which MMO F2P game will milk more money from the players’ wallets?” In such an over saturated environment, it’s hard to find genuinely unique titles that wouldn’t repeat current gameplay fads.

However, there is a place where creative developers can let their imaginations loose. It’s the indie games market, where the genre and budget take second place to a fun and unique experience. Today, we’re going to look at one highly popular genre of indie games – that is, real-time strategies. While many AAA studios continue to develop excellent RTS’, indie devs don’t fall far behind them, delivering quality titles at reasonable prices.

Let’s take a look at the best indie strategy games currently available on the market.

Banished – the first game on our list – combines the features of a strategy, city-building, and management game, in which the player is given command of a small settlement of exiles. The game offers the player a chance to shape the future of their people, turning a small settlement into a thriving city. 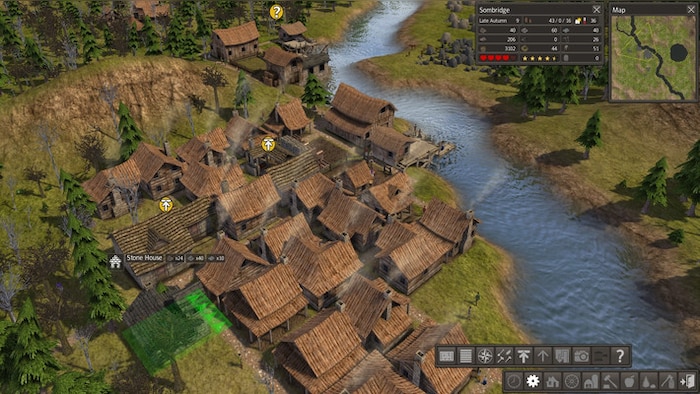 The developers at Shining Rock Software put a lot of effort into their project, and it shows. The graphics look great, despite their simplicity. The gameplay mechanics offer a lot of freedom, with the lack of the usual skill trees, allowing the player to craft their gameplay experience freely. The game puts a lot of effort into making the city management simulation as close to reality as possible – the player will have to deal with dwindling resources and various other crises that often plague budding communities.

The action of Bad North takes place on an archipelago of fictional islands, invaded by Viking hordes. The player must lead their people away from the conflict and gather resources and manpower to fight back. Progressing through the procedurally generated islands, the player will encounter various people who will need their help and who might join the fight against the Vikings. 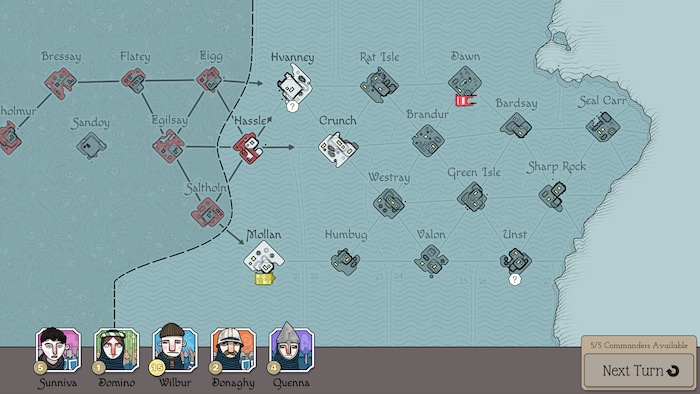 Described by the developers as a “minimalistic, real-time tactics roguelite,” Bad North delivers on all three of those aspects. The key gameplay feature is the tactical approach to battle – the player lays out the battle plan, which is then carried out by their ground troops. Despite sounding so simple, the game’s systems are pretty deep and will definitely satisfy the hardcore RTS fans.

The premise of Northgard is similar to that of Banished – the player leads a colony of Vikings towards a better future in a new land. The main difference between Banished and Shiro Games’ production is that Northgard features a multiplayer mode. The players can cooperate or compete for the title of the best Viking village by the usual means of tearing each other to pieces. 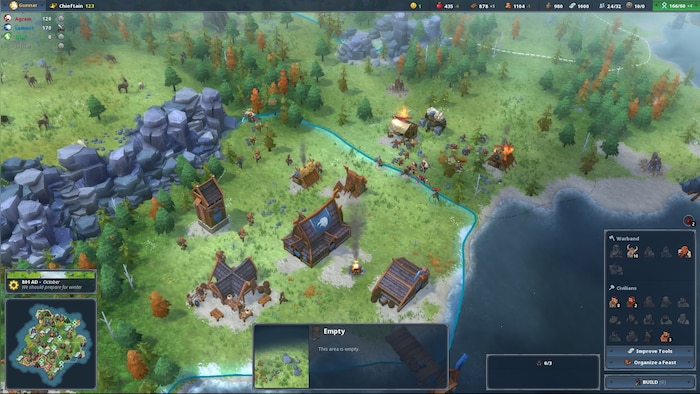 Northgard takes its colony sim theme quite seriously. The new country for the player’s Viking clan won’t be waiting with open arms for a bunch of rowdy Northmen to take it over. The country, its fauna, and the locals will put the players’ skills to the test. Expanding the settlement will result in dwindling resources, which will force the player to move further inland. Encountering the natives of the land might lead to conflicts and even open battles. And thanks to the PvP multiplayer mode, three will also be other players to contend with. But hey, no one said being a leader of a Viking settlement is going to be easy.

Factorio welcomes the player to the world of big industry. The main goal in this factory sim real-time strategy is, you guessed it, managing the factory. Tending to the continuous production and development of new machines will be the players’ essential tasks. They will also have to fend off the hostile fauna of the game’s world, which will assault the players’ installation riled up by the pollution it emits. 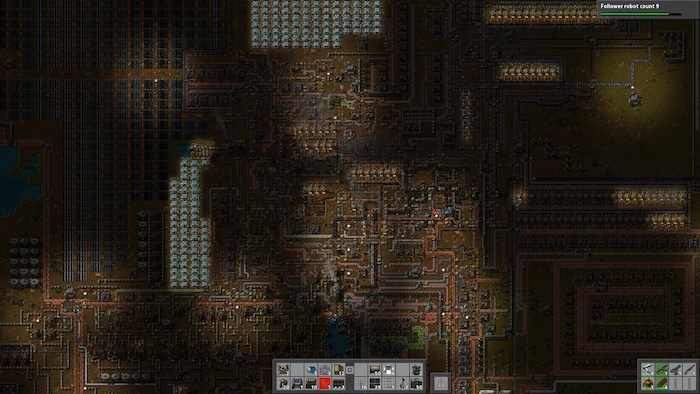 Factorio tries to comment on the threats of rampant industrialization. Still, it’s all surface level, and it doesn’t make the player feel too bad about filling the attacking creatures with hot lead. However, if the player doesn’t want their installation overwhelmed by the fauna, they should balance their pollutant output to decrease the animals’ aggressiveness. This mechanic adds another layer to the already complex simulation gameplay. Factorio features a cooperative and competitive multiplayer, which can be played locally or online.

From the developers of epic space game FTL: Faster Than Light comes Into the Breach, a turn-based strategy game with some interesting gameplay mechanics. The game is set on a distant future Earth, attacked by a race of alien monsters known as the Vek. The player controls a squad of three soldiers controlling mech suits. The player’s task is to defeat waves of enemy forces in different locations and complete various objectives. 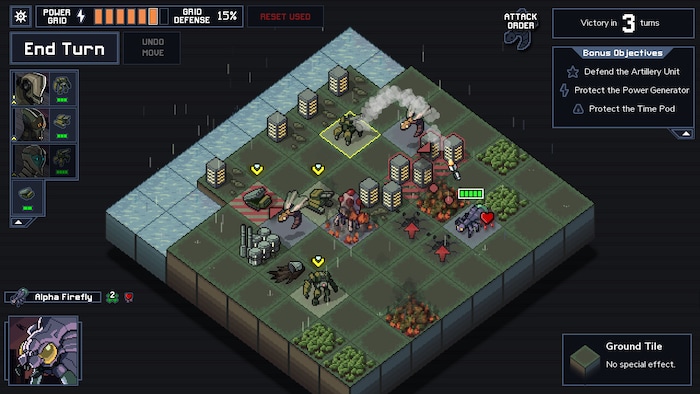 Like in many turn-based strategies, Into the Breach is not about overwhelming the enemy with power. The gameplay is more tactical and strategic, drawing comparison to a game of chess. The player has to observe the movement of enemy units, choose how to use their units best, and which ones to sacrifice to gain the upper hand in battle. Into the Breach features elements of roguelike games, with procedurally generated battle scenarios.

This simulator of life in an alien world will surprise you with its diverse experience. As the leader of a space colony, you have to make sure that your wards live happily and healthy by managing various aspects of the colony’s functions and responding to the randomly generated events. They range from a pirate attack, through colony systems failure, to different life-threatening scenarios. 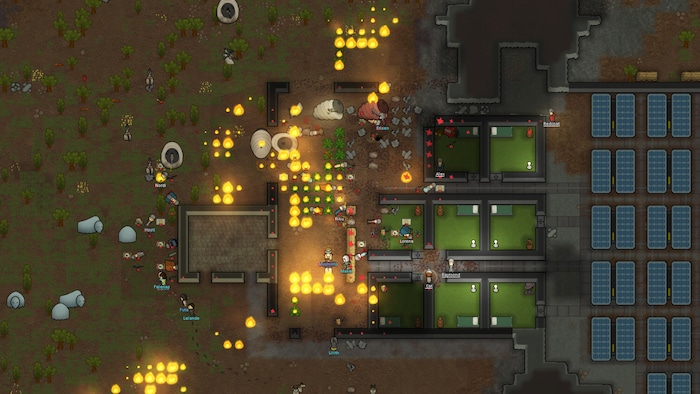 Much of the game is procedurally generated by one of three AI’s. They are responsible for designing the difficulty of the game, randomization of events, and difficulty spikes. RimWorld focuses on the player managing the colony, maintaining its population’s good health and mood, and defending it from attackers. It’s an excellent space opera game for the fans of simulations.

Another roguelike game on our list, For the King, boasts not only procedurally generated maps and scenarios but also unique gameplay mechanics, unrelated to the roguelike genre. The plot of the game takes the player to a kingdom in which the king has been murdered, and the powers of Chaos start to sweep the land. The queen’s desperate plea to her subjects sends the player and their party on a quest that will lead them all the way to the Underworld – the source of Chaos. 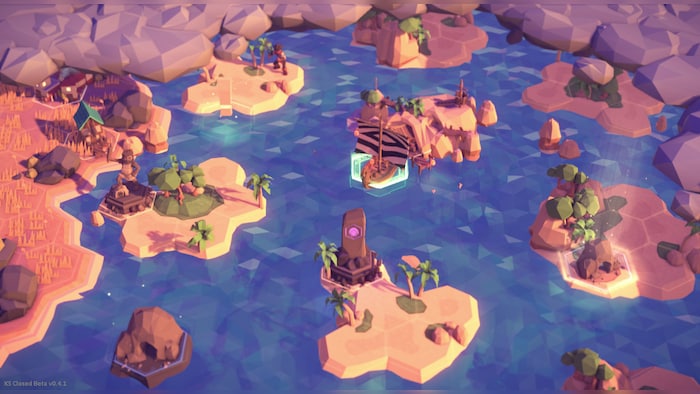 The unique gameplay features come from the blend of strategy, roguelike, and tabletop game genres. Strangely, the game manages to blend these three genres into a very intriguing combination of features. Combined with adorable graphics, these features make For the King a perfect title for those who look for genuinely unique indie gameplay experiences.

In Frostpunk, the player is put to the task of managing a settlement in a post-apocalyptic world. After massive volcanic eruptions had caused another ice age, humankind began to struggle against the unforgiving climate. On the ruins of the old world, a new order has risen, where the cities able to produce heat are in charge. The player becomes the leader of one such city, managing the gathering and production of resources, maintaining order within the walls, and fending off the threats coming from beyond it. 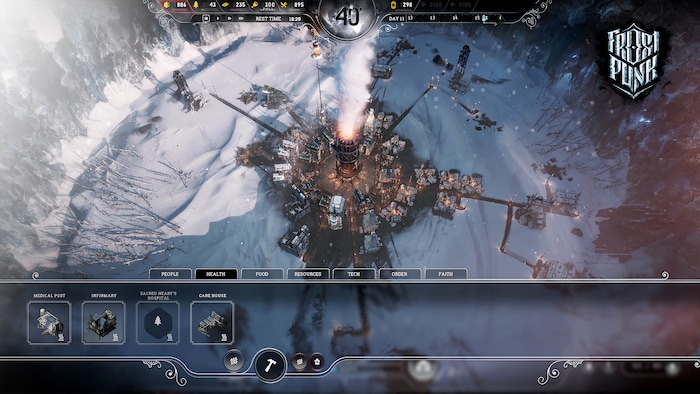 Frostpunk features some interesting gameplay solutions that blend city-building and management mechanics, survival, and RTS features. The game focuses on the player expanding their city to host more people and deciding on what kind of rule they want to introduce in their settlement – will they be a benevolent leader or a ruthless tyrant? The city’s morale will fluctuate depending on the player’s decisions, with riots and rebellions waiting to happen. The player has to decide whether they will let dissent fester into revolution or nip the traitorous thoughts in the bud and send a clear message to all those who would try defying the players’ leadership in the future.

It would seem that the developers of Tower of Time wanted to cram every single RPG mechanic available to them into one game because the combination of systems and codependencies between features is staggering. But, let’s not get ahead of ourselves – Tower of Time is a real-time strategy with RPG elements in which the player controls a group of heroes on a quest in the ritual tower. Their job is to climb to the top, defeating all sorts of increasingly difficult enemies along the way. 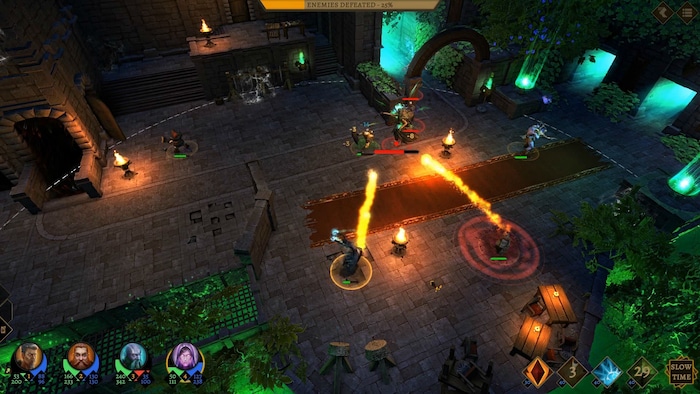 And that would be the gist of Event Horizon’s indie production if it weren’t for the combination of mechanics it features. The game’s Arrow-Time system allows the player to slow down time and plan their next move. The alignment system makes party-building a tactical minefield. And the permadeath mode, well, is also there, on top of five difficulty levels, to make things more interesting. Tower of Time is an indie game to end all indie games, if only in terms of gameplay complexity.

The nice thing about indie games is that many times they defy expectations. Or definitions. Or both at the same time. One such game is Dwarf Fortress, a pixel graphics colony simulator developed by Bay 12 Games. The game has been “in the making” since 2003, and the developers have described it as a “living project”, constantly updated and perfected. So what can players expect if they decide to try out Dwarf Fortress? 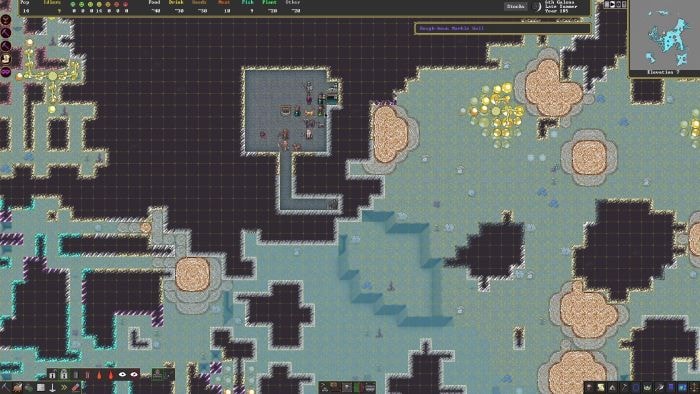 As a surprisingly coherent colony sim, that’s for sure. The game features the titular dwarf stronghold, which the player has to make the little fellas healthy and happy. There are various factors the player has to consider, including the fullness of dwarvish bellies. The game’s world extends far beyond the fortress and is full of living creatures that the player can interact with. Dwarf Fortress features various gameplay modes, some of them harkening back to the early development stages of the title. If you’re wondering what a real indie game looks like, then Dwarf Fortress should be your first choice to find out.