Does raising corpses, casting dark spells, and wielding blood magic sound exciting? Then necromancy is the perfect choice for you!

Necromancers come in all shapes and sizes, and there are plenty of them among the undead themselves: vampires and liches frequently dabble in the dark art to fuel their ambitions and chase away intruders disturbing their study. One way or another, necromancers have an uncanny dominion over the souls of the living, the bodies of the dead, and the… ectoplasm of the specters.

The games where you can play a necromancer are usually fantasy RPGs and hack’n’slash games. In many such settings the dark arts of bringing the dead back into the world of the living maybe aren’t exactly common, but certainly are well-known.

Video games where you can be a necromancer & lich

Larian’s massive hit RPG is a pathway to many abilities.

You could transform parts of your body, flash step to stab a fool, or, indeed, draw power from blood and death to reinforce your armor with bones, make your enemies suffer the hits you take, or cause blood to rain from the sky (or ceiling). Even just investing in the Necromancer skill heals you a bit when you deal damage. 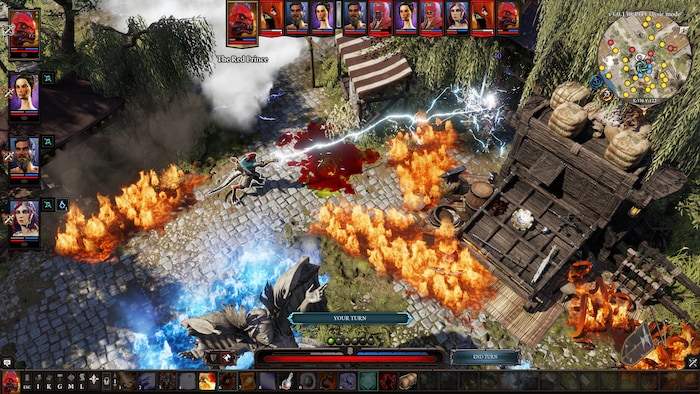 Necromantic spells mostly revolve around manipulating life essence, but there are also delightfully gruesome summons, like a giant spider made from clearly humanoid bones, or a corpse that’s clearly seconds away from exploding. Conjuring the undead works especially well if you’ve also invested in the Summoning skill, which increases the stats of the beasties at your call.

In many games you can play as a necromancer, but it’s very rare for any game to actually let you play as a lich, an immortal and undead wizard who decided that being alive limits their necromantic potential.

In Pathfinder: Wrath of the Righteous you can shed your mortality thanks to the game’s Mythic Paths and use the power of undeath to support your war against demonic invasion. 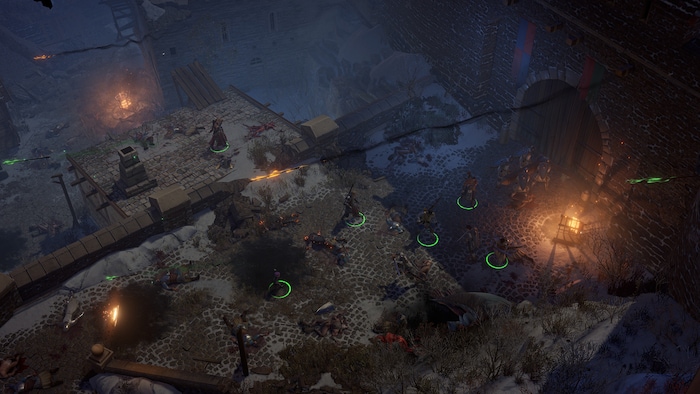 As a Lich you get unique summons, such as a plague-ridden mastodon or an upgradable Skeletal Champion. Your companions might (will) leave you, and your romance interest might have been the sacrifice you made to become a lich, but that doesn’t matter, you get new companions! You will even get powerful enough to be like a deity to your followers, granting them divine magic!

The Warhammer Fantasy setting has its fair share of undead, or many different types.

You have the Vampire Counts fielding your regular skellies and ghosts. You get the Tomb Kings of Nehekhara, an Egyptian-style legion of mummies, tomb guards, and bone scorpions. There are even the undead of the Vampire Coast, who have a very strong naval and piratical vibe. Just… pick your flavor. 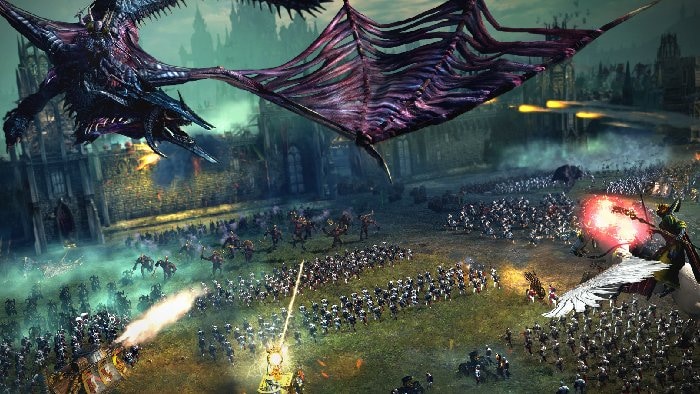 Thanks to the grand strategy gameplay of the Total War series, your necromantic endeavors take a magnificent scale. You get to swarm the lands of the living with a tide of undead minions led by mighty generals loyal to your cause. No other game on the list is capable on delivering this scale on necromancy, but the trade-off is that even in real-time battles you’re quite far from the action.

The Necromancer class was added to Grim Dawn in the Ashes of Malmouth expansion, and it turned out to be very good.

It features all the greatest hits: skeleton summoning, draining health from targets, and siphoning the souls of your foes to empower yourself. And of course, since it’s Grim Dawn, you can mix your Necromancer with other classes to command even more power. 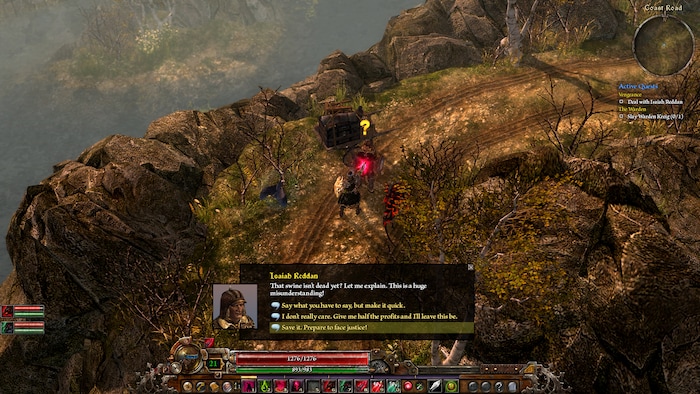 Appropriately, each mix gets its own name, soi f you mix the Necromancer and Soldier you’ll get a Death Knight, or become an Apostate if you pick the Inquisitor as your secondary. On top of that, you get a really cool, mid-apocalyptic dark fantasy setting and more RPG mechanics than you’d expect from what seems like a Diablo clone. Give Grim Dawn a shit, it’s an all-around awesome game.

Iratur: Lord of the Dead is exactly what the title promises: you’re playing as a necromancer who gets the second chance at conquering the world… as long as he can make it out of the immense dungeon he’d been trapped in for centuries.

Thankfully, he doesn’t have to go alone: after all there are plenty of fresh material for a new undead army. 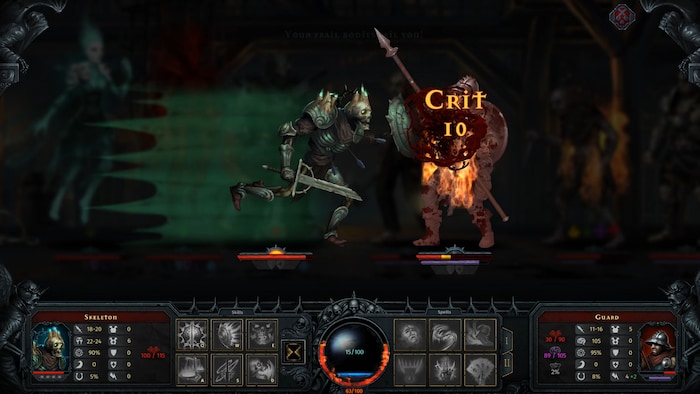 As you play Iratus: Lord of the Dead you’ll work on expanding your underground lair, come up with new types of undead for your legions, and send your minions to fight anyone who would disrupt your schemes. This premise is coupled with a great, evocative art style and great unit designs, making your undead ambitions not only fun to play, but also really nice, if mildly morbid, to look at.

Loop Hero is a very odd game. Not only does it feature old-school, charming graphics, but it also pretty much plays itself.

Every expedition takes place on a new looping path and your character moves and fights by themselves. Your job is managing the hero’s inventory and placing new locations on the map to improve stats, add new parameters to the expedition, and spawn new enemies. 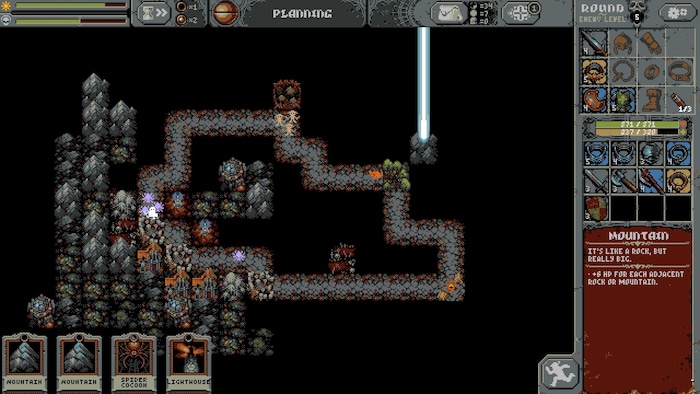 There are three character classes, Warrior, Rogue, and, indeed, the Necromancer. The Necro is also the only character who gets company on the expedition, being able to summon friendly skeletons who can come with their own classes and traits. There are also Necromancer-specific traits you can gain during the expedition, which dramatically improve the efficiency and survivability.

In Darksiders 2 we get to step into heavy shoes and spooky mask of Death, one of the Horsemen of Apocalypse.

And sure, you can spec towards being really good at melee combat, and by Hades, there is a lot of that, but consider this: you can be a cool necromage and have your summons take care of the riffraff while you take a breather or focus on the (mini-)boss. 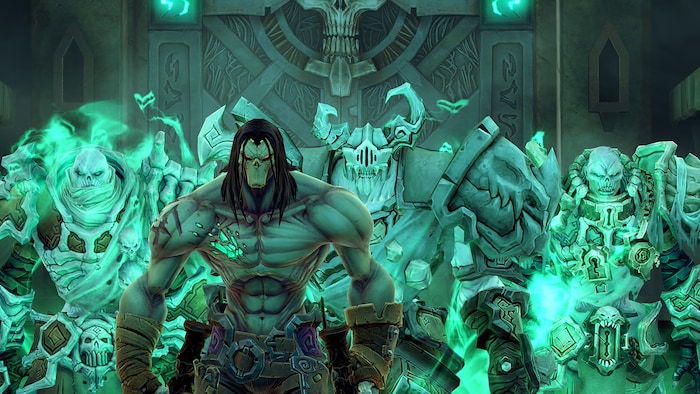 Your ghouls alone can make many battles easier, and that’s before you set their fists on fire and make them explode on death. You can also conjure a murder of ice crows to distract your foes, or shroud yourself in deathly energies protecting your from harm and simultaneously damaging your foes. The necromancer playstyle in Darksiders 2 is really fun, and doesn’t hurt your melee much.

The Reaper of Souls expansion brought the Necromancer back from its Diablo 2 grave.

Now you get to control powerful magic which deal physical, cold, and poison damage, styled as blood and bones, chill of the grave, and blight, respectively. Of course, plenty of abilities involve conjuring the undead. And, since this is still Diablo, you also get access to plenty of new armors and weapons. 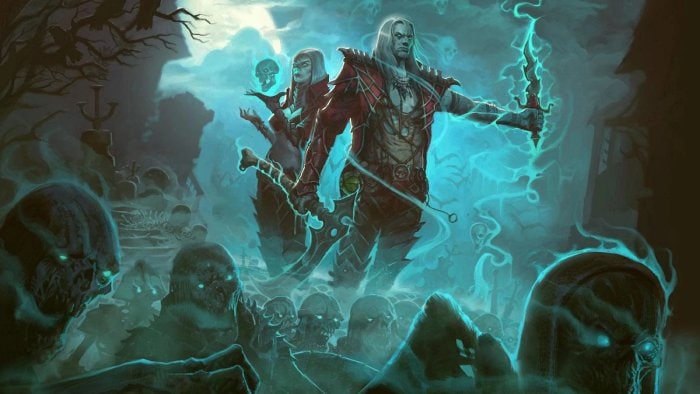 Reaper of Souls also added the Crusader class, expanding the base roster of five classes to a total of seven. It has also been announced that the Necromancer is coming back for more reaping in Diablo IV, joining the core class selection, so if you absolutely can’t look at D3’s 2012 graphics, you can give D4 a shot instead.

Elsweyr is the third chapter in the Elder Scrolls Online history, and in addition to introducing new regions and quests, it also features a great Necromancer option for you to check out.

As a MMORPG class, Necros are solid DPS characters with great summoning abilities, and even some resilient personal-scale transformations, like one of the ults, the Bone Goliath. They can even moonlight as good healers! 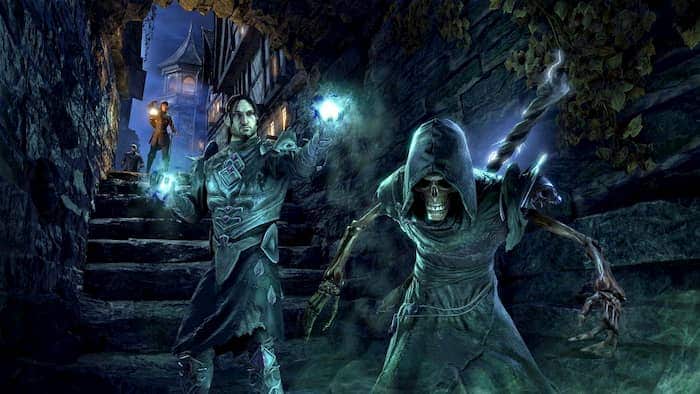 The Elder Scrolls Online has grown considerably since its release, and has visited many different regions of Tamriel, many of which were never featured in a TES game, or only present in very old instalments. With dynamic combat, tons of quests, and many side-activities, ESO is a true Elder Scrolls experience which you can now share with friends and allies of convenience.

Although there is no discrete “necromancer” class in Sacred 2: Fallen Angel.

You can access thematically similar powers through two separate classes: the Inquisitor and the Shadow Warrior. The Inquisitor’s Nefarious Netherworld aspect give him grim, soul-affecting powers, while Shadow Warrior’s Astral Lord arts allow him to raise undead to aid him in combat. 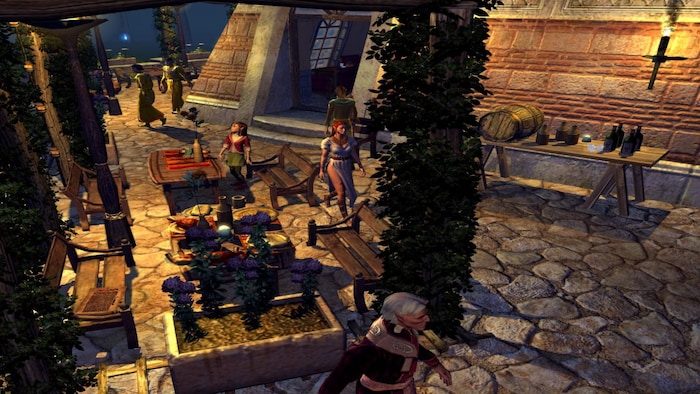 Sacred 2 features a total of seven classes, each with its own selection of skills, and three distinct playstyles called Aspects, so you can go hog wild on creating fun builds, especially once you start getting gear from the game’s plentiful combat. Thankfully, action isn’t the only thing to do, since Sacred 2’s has a pretty densely packed open world. There might even be a concert for you to see…

A few games to raise your spirits

This concludes our list of games about necromancy, or at least featuring it heavily and right within the grasp of players. Now you can make your choice and leave to save the world in the most grim way possible, or conquer it with a wave after wave of relentless, loyal undead directed by a baleful glow of the sunken eyes of your lich. It’s a new world, and it has no place left for the living.