Since 2003, when it formed, Obsidian Entertainment has consistently delivered solid, story-heavy, choice-laden role-playing games with stories that tend to stay in people’s memories.

This is what could be expected from industry veterans, who used to work together under a different banner before.

Obsidian’s first game since reforming after Black Isle Studios’ dissolution, and it set up the tone for the next few years.

Taking over the Knights of the Old Republic license from BioWare, with little to no access to the original game’s storyline until it was too late, the industry veterans at Obsidian still manages to create an insightful and intriguing storyline. 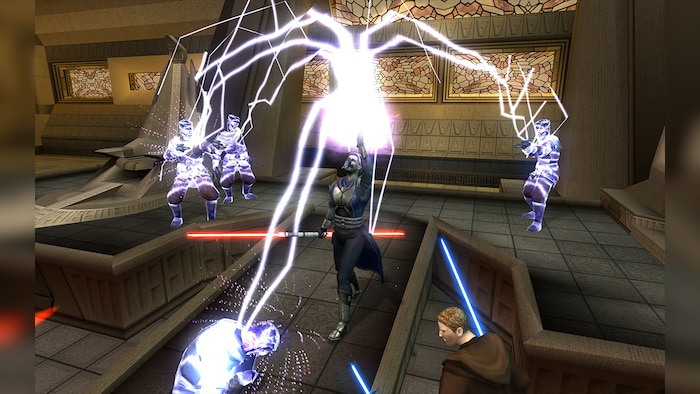 The story tells of the Exile, a Jedi who was cut off from the Force at the end of the Mandalorian Wars, and left for the outer reaches of the galaxy. Returning years later, the galaxy is a different place. KotOR2 is a dark, less idealistic, and more ideologically challenging game than its predecessor, and since the rocky release most of its technical problem got patched or modded out.

Another, after KotOR2, sequel Obsidian made based on a BioWare game.

BioWare’s revival of the old title was a fantastic engine for creating one’s own modules and run them for friends, but as a singleplayer game, it was lacklustre, at least before the expansions rolled in. Obsidian decided to throw in a strong story right off the bat, and then do it even better in expansions. 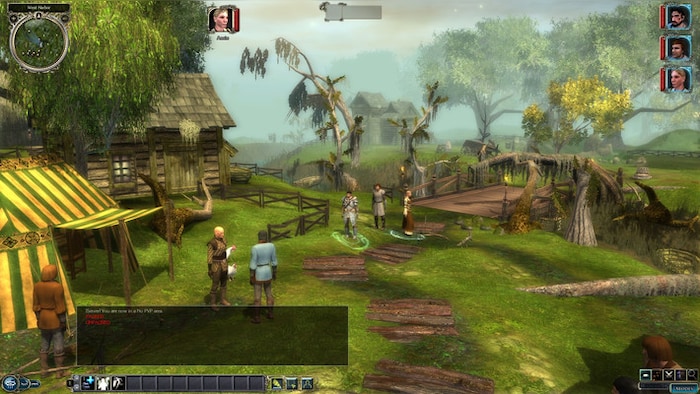 Neverwinter Nights 2 had quite a few possible companions, some of them mutually exclusive, and there’s also a whole thing about running your own stronghold, including repairs and placing allied NPCs in important roles. And then there’s the Mask of the Betrayer expansion, widely praised for its storyline and writing, and continuing the story of the base game’s protagonist.

Alpha Protocol would be hard to mistake for any other RPG.

Set in a modern spy-fiction kind of universe, it embraced just enough science fiction for some of the gadgets and talents to work, but never enough to make it feel out of place and distant from our own world. And although it gameplay-wise felt like Splinter Cell by way of Mass Effect, its narrative elevated it above mechanical flaws. 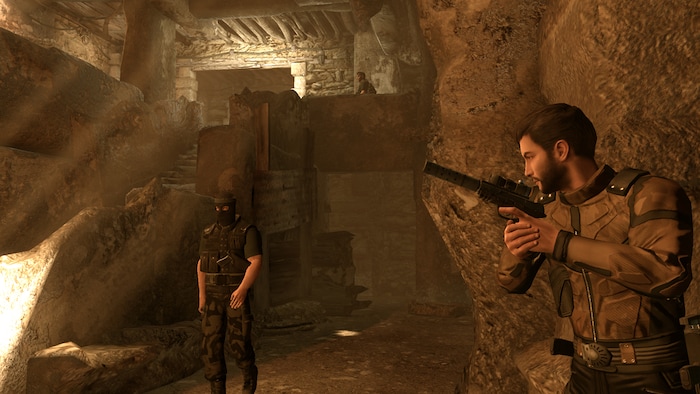 Outside of the missions, the game feels like a movie, and you have a limited time to pick your attitude: Suave, Professional, or Aggressive. Most choices result in a reputation change, and the game is very good at tracking them, and adjusting the story accordingly and smoothly. Few games have as many outcomes as Alpha Protocol does.

From the very first moments it makes it clear that the story is as important as letting the players express themselves through dialogue and mechanics. With plenty of skills, perks, and viable builds, Fallout New Vegas is at least as mechanically complex as the originals. 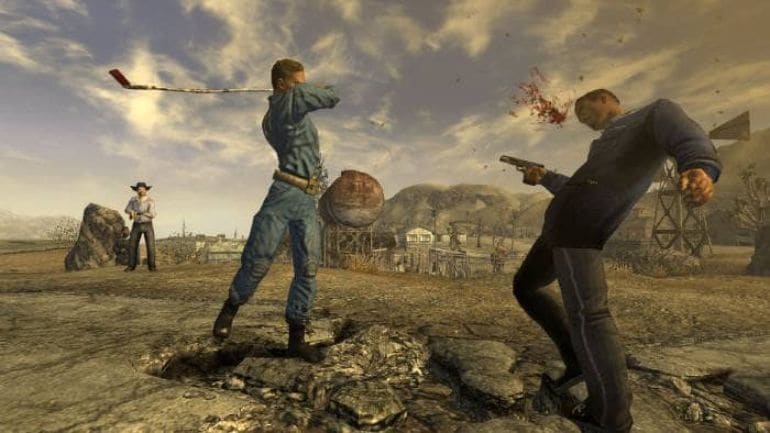 Nevada of FNV is a place where multiple factions fight for domination and control of the Hoover Dam. The New California Republic tries to expand its territory and establish some semblance of government. The Caesar’s Legion is one man’s nascent faction, styled after the Roman legions, but without much pretence of civility, and then there’s Mr. House, who has his own plans…

The first Dungeons Siege was an interesting alternative to Diablo II.

A party-based game which mostly played itself, and had a single, large, linear map instead of levels separated by loading screens. Dungeon Siege III still had the continuous map, but expanded the mechanics while limiting the number of characters in the party. There are also no pack mules that helped you in DS1. 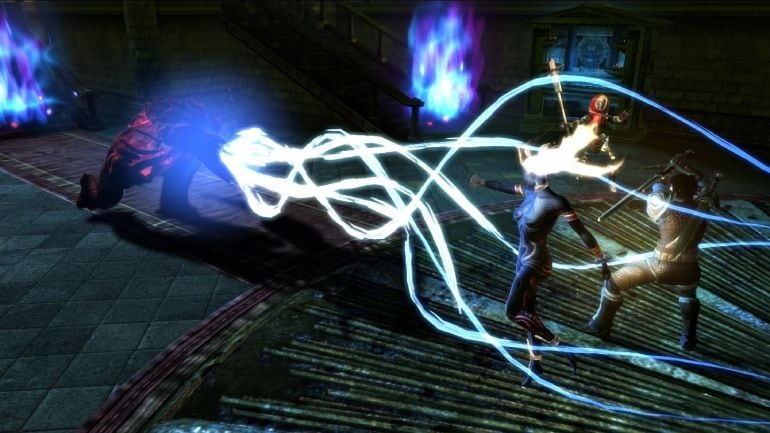 Dungeons Siege 3 is fairly close to games like Gauntlet, Sacred 3, or more recently, Darksiders 3 as far as combat dynamics are concerned, with each character having unique special attacks, and an alternative stance. The controls were designed for both PC and consoles, so you can knock back on a couch with a gamepad if you don’t want to clutch mouse and keyboard all the time.

You’d think that Obsidian, known mostly for making rather serious games, wouldn’t be the first pick.

As it turned out their intimate knowledge of fantasy and RPG tropes was a perfect fit for a game about Cartman et co. playing a city-wide fantasy LARP. The Stick of Truth also looks every bit like the show, and the creators Trey Parker and Matt Stone worked closely with Obsidian on it. 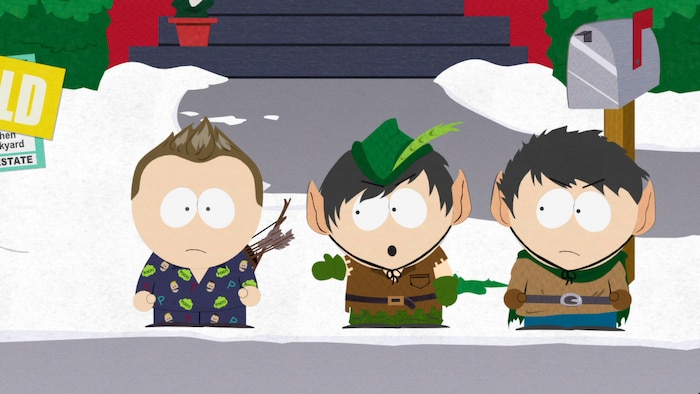 The game has several classes available, has a magic system based on farts, and generally mocks everything it could mock without devolving into straight-up bullying, so it’s par for the course with the show. There are also tonnes of cameos and easter eggs for long-time fans of South Park, making sure it’s not only an incredibly fun game, but also a total fan-service.

Obsidian took a calculated gamble with Pillars of Eternity, going through Kickstarter to gather funding.

It paid off greatly, and helped usher in the new are of story-focused isometric RPGs. Marketed as a spiritual successor to the Infinity Engine roleplaying games, PoE fulfilled that promise with aplomb, delivering a deep, sombre game with a stunning amount of lore. 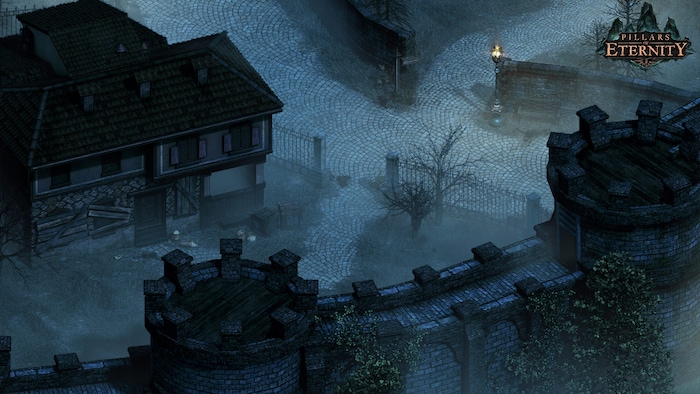 Pillars of Eternity has it all. The story involves plots spanning centuries and permeating every layer of society. The conversation trees give a lot of room for player agency in terms of narrative choices and role-playing, and thanks to the Disposition system, the NPCs can react to your character’s personality. There are also, of course, memorable companions, and also pets.

Tyranny received little promotion, launched to little fanfare, and both of these things are terrible, because Tyranny is a fantastic old-school RPG with a relatively short runtime adeptly encouraging you to have another playthrough, but with other decisions.

Even the character creation nudges some interesting choices your way, and lets you define a bit of the setting’s backstory. 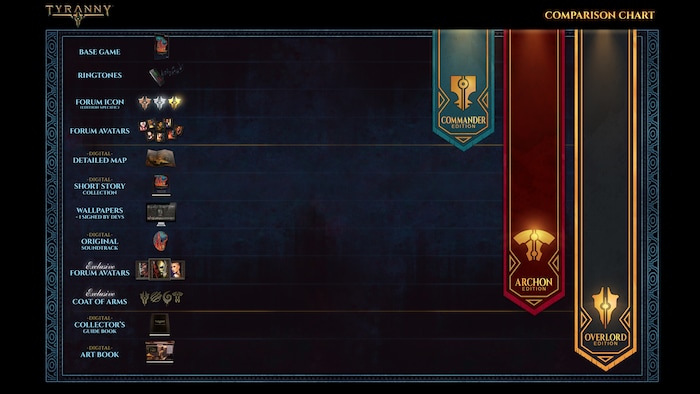 As for the premise, you play, essentially, judge, jury, and executioner, as an agent of the Archon of Law Tunon, and a servant, loyal or otherwise, you choose, of Overlord Kyros. How you dispense law and order is mostly up to you, but you’ll be sorry if you can’t justify your decisions when questioned. Oh, and there’s a rebellion to deal with. There shall be no more war in Kyros’ lands.

After the success of the first Pillars of Eternity and its expansion, wintry White March, Obsidian decided to take the sequel somewhere else.

As a result the events of PoE2: Deadfire take place in the eponymous region, the Deadfire archipelago, bearing strong resemblance to the Caribbean with more than a few shades of other island cultures, like Polinesia. 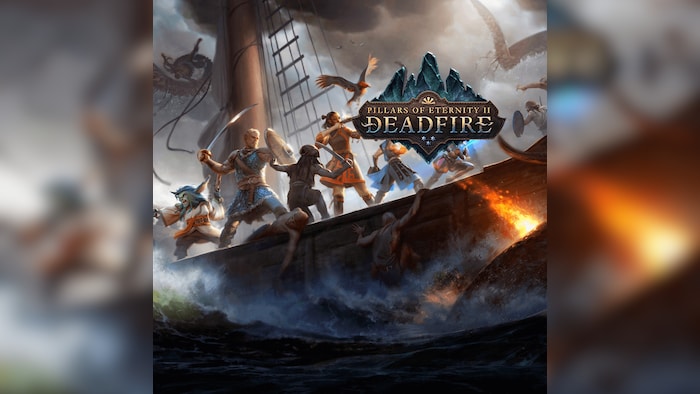 Once again you have factions to gain reputation with, and you have Dispositions, helping you define your character’s personality and have the NPC reactions reflect that. Now you also have a multi-class system, although you must make your decision at character creation. It also continues the theme of your character’s, The Watcher, dealings with gods of Eora, with interesting results.

A game announced as a new science fiction game from the creators of original Fallout, The Outer Worlds certainly had big shoes to fill.

And by all accounts it did, being a clever game with engaging gameplay, and not a little of roleplaying and mechanical freedom. It has several planets to explore, factions, creative weapons, and a lot of flexibility in your builds. So an Obsidian game, basically. 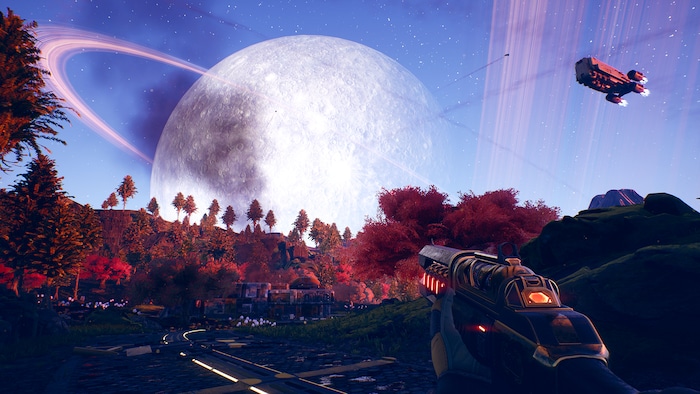 You’re playing as a colonist, whose ship got lost in space, leaving you in cryosleep for decades before someone found and saved you from the frosty grave. The game is happy to let you kill your way through the plot, just as it is happy to tell you a Charisma-based build isn’t going to you’re your chances in battle. And if you fail a lot, you get a Flaw, which might even help you a bit!

The history of Obsidian Entertainment

In the mid-to-late 90s and early 2000s there were two kings of RPGs. One was BioWare, who would deliver classics like Baldur’s Gate and Neverwinter Nights, and there other was Black Isle Studios, who developed the original Fallouts, or the all-time classic Planescape: Torment. When the publisher Interplay fell, Black Isle fell with it. Some of the masterminds reformed into inXile Entertainment, and others reformed into Obsidian Entertainment, effective June 2003.

From the get-go Obsidian seemed committed to stay firmly in the RPG space, and even while working on sequels for other studios’ licenses they showed their pedigree expanding on the conversations and making the stories weigh more.