One Piece, created by Eiichiro Oda, is one of the most enduring Weekly Shonen Jump publications, and has been going strong since 1997. It’s also one of the most beloved, with a vast and dedicated fanbase keen on discovering secrets and hints foreshadowing future events. The point is: One Piece is a cultural behemoth and the franchise is no stranger to adaptations in other media.

There’s of course, a long-running anime show and multiple movies, a trading card game, a live-action series in production and, indeed, quite a few video games. It’s the last item we’re taking a look at today.

One Piece video games you should check out

Before we move to the list itself, a point of order. Because One Piece-based games go back to 2001, many of them aren’t easily available: either because the hardware in inaccessible, there are no copies in circulation, or both. Many games were/are also mobile-only. As a result, we’ve resorted to only choosing titles you CAN still play TODAY on MODERN hardware. It narrowed the selection considerably, and below you can find the best OP games you can still play!

Pirate Warriors is a spin-off from the long-running Dynasty Warriors series and follows many of the established gameplay aspects. Enemies come dozens at a time, often led by officers or NPC heroes. The maps aren’t huge, but they are almost always non-linear, and there are usually multiple objectives to accomplish. You can also always count of over-the-top deadliness of the heroes you control. 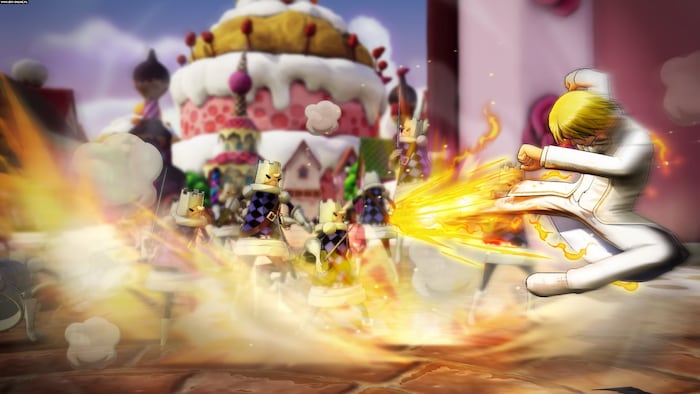 In the Pirate Warriors series everything is cranked up to eleven, adapting the series’ traditions to work with Eichiro Oda’s beloved manga. The Pirate Warriors series features a huge cast of characters, and their powers and skillsets are very well adapted to a video game, at least as far as combat abilities go. The roster size changes game to game, but many fan favorites always make it in.

The campaign of Pirate Warriors 3, launched in 2015, is effectively a speedrun through some of the most action-intensive events of the manga, starting with Gol D. Roger’s execution and ending at the Dressrosa arc, which in this version got a different ending. 2020’s Pirate Warriors 4 goes the same way, but adds more arcs, moving from setpiece to setpiece at breakneck speed.

However, the series is worth checking out even if you know nothing about One Piece, but love kinetic, fun, over-the-top action. The musou genre is also great if carving through hundreds of enemies is appealing to you. And while you might eventually grow familiar with many maps, the rosters are big enough to provide a lot replayability. Unleashing each character’s unique attacks is never not fun.

One Piece: Unlimited World Red originally launched for Nintendo 3DS in 2013, but has since been launched for larger platform, such as PlayStation (in 2014) and PC (in 2017). Unlimited World Red is an action-adventure game following the Straw Hats as they look for a powerful pirate known as Red Count Redfield. All the Star Hats are playable, of course, so you aren’t limited to playing as Luffy. 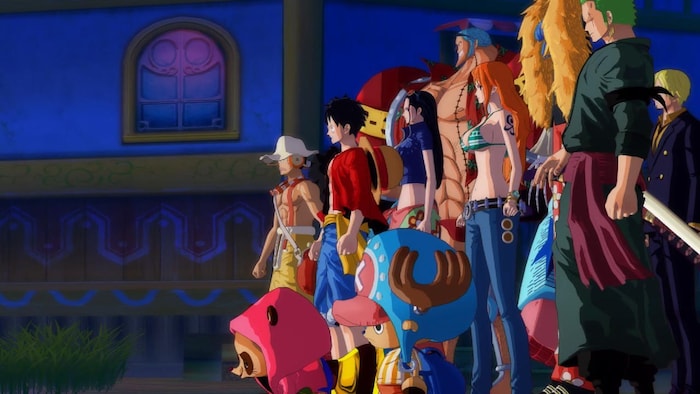 Unlimited World Red certainly isn’t opposed to letting you chill out for a bit with a side activity, such as fishing or catching butterflies. However, despite the open world trappings, the game is mostly keen on letting you show off your moves on enemies standing in your way. Unlimited World Red is very entertaining, and if you get the Deluxe version, it comes with all the DLCs included.

One Piece: Burning Blood doesn’t beat around the bush and goes straight to the point: it’s a full-on fighting game, letting you focus fully on maneuvering and combos. Like many fighting games based on manga/anime the battles take place on 3D arenas and the characters themselves and bumped up into the third dimension as well, with a nice, stylish cel-shading polish. 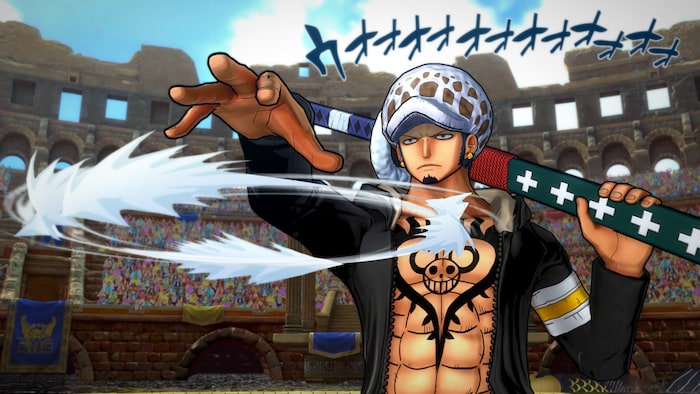 Burning Blood features more than 40 characters total. It draws its roster from both Devil Fruit users and people who are “merely” inhumanly skilled, of which there are many in the source material. The game supports extra-dynamic 3v3 combat, with spectacular swap attacks, assuming you can pull them off. If you’re keen on high-power, One Piece action, Burning Blood is exactly what you need.

One Piece: World Seeker doesn’t care a lot for putting you in the playable shoes of all the Straw Hats. Don’t worry, though! Playing as Luffy is going to keep you quite engaged anyway. The story involves a brand-new location: the Prison Island and the crew soon becomes drawn into the, rather dramatic, story of characters both familiar and completely original (but also designed by Oda). 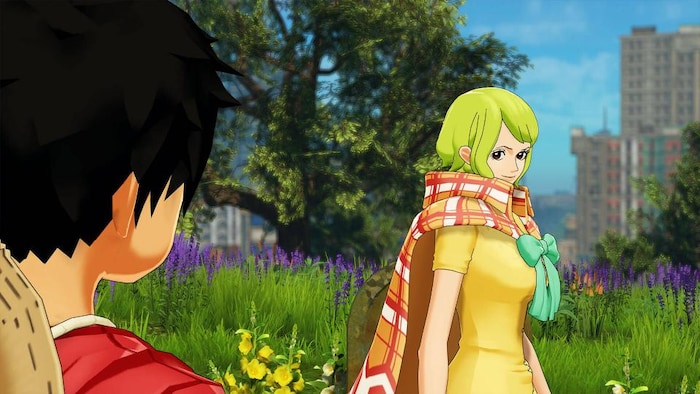 It’s also an open world game, benefitting greatly from Luffy’s abilities aiding with movement, including using an arm like a grappling hook or Spider-Man’s webs. The Prison Island is quite big, and while the well-written story itself is the biggest draw, there’s enough to do outside of it to keep you occupied if you want to take a break from the character-driven drama.

This concludes this, admittedly short list of cool One Piece-based video games you can still play (mobile games notr included) without jumping through hoops. Instead, all the games on the list are available and wait for you to pick your flavor of good time.