Benchmark tests are really interesting aspect of gaming. We are far more than certain, that many of you searched for information on how to gauge the performance capabilities of your computer. Especially before you decided to buy a new PC. One of the most important aspects connected with a proper benchmark are games to test your PC. 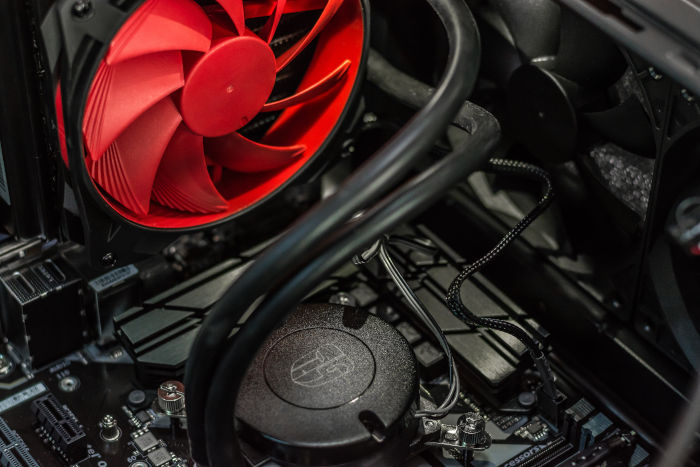 As you might have guessed already, in order to make a proper benchmark test you are going to need a really demanding games in context of graphics, cpu and gpu in relation to your kit. Which can be actually seen on various websites which offer benchmark tests.

Just check them and you will find such titles as The Witcher 3: Wild Hunt, Grand Theft Auto 5 or Call of Duty: WW2 used as the tool to check, how powerful is certain computer or its components. While you can simply use benchmark websites to analyze how well, is your computer going to work, still the best solution is to simply check it by yourself on your own machine.

This is why we decided to create this article. Thanks to this you are going to be provided with best PC benchmark games. These games are going to put even best PCs on strain. However, there is an upside to this fact. Not only are these games going to allow you to check your PC but they also might provide you with tons of a good gameplay. Hence, there are a few games which we found for you. These games, are as following.

Despite the fact that the first Crysis was released in 2007 it is still one of the best games if you want to benchmark test your PC. There is no surprise behind that fact. It’s still one of the most beautiful games ever created. Crysis graphics looks simply great and at the same time, it is really interesting and addicting game. In Crysis you are Jake “Nomad” Dunn, a member of an elite soldiers squad send on a mission on Linghan Islands, located off the coast of Korea and Indonesia. 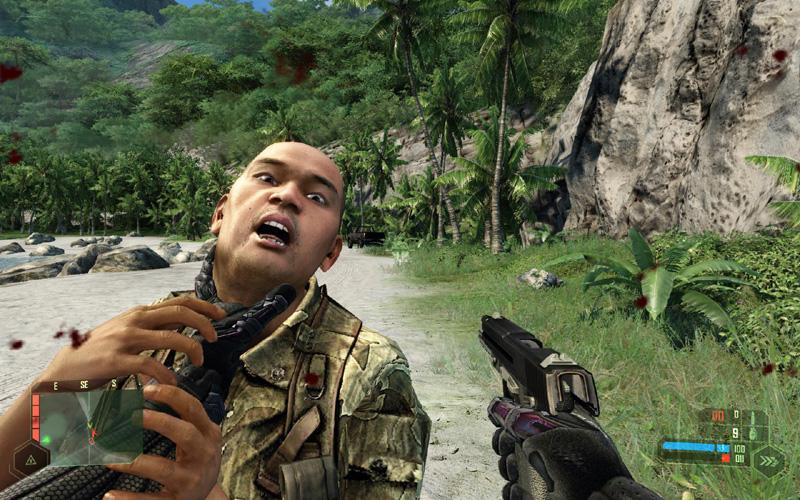 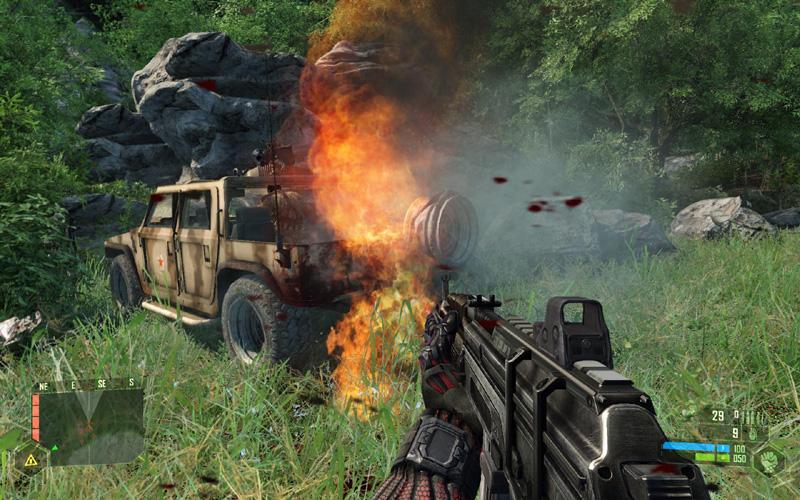 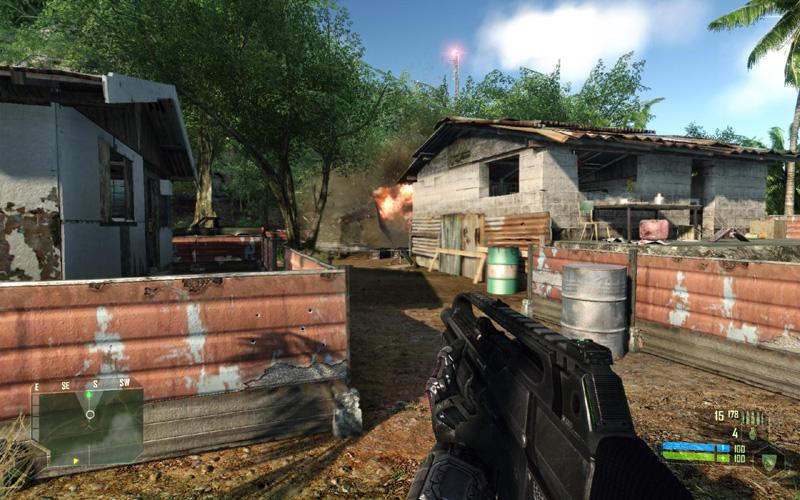 Then island was taken over by North Korean Forces. As soon as you land on the island though, you realize that something is wrong. Now you have to deal with aliens. The game offers you a big, open world experience. Furthermore, you can buy it on G2A marketplace for $18.

Despite the fact that Mass Effect: Andromeda was a badly optimized game (and maybe because of that) it is widely utilized in the benchmark games tests. Mass Effect: Andromeda is going to put even more strain on your PC than Crysis. The game, despite its flaws looks really beautiful. Furthermore, it is also one of these types of games, which are going to provide you with a lot of interesting gameplay. 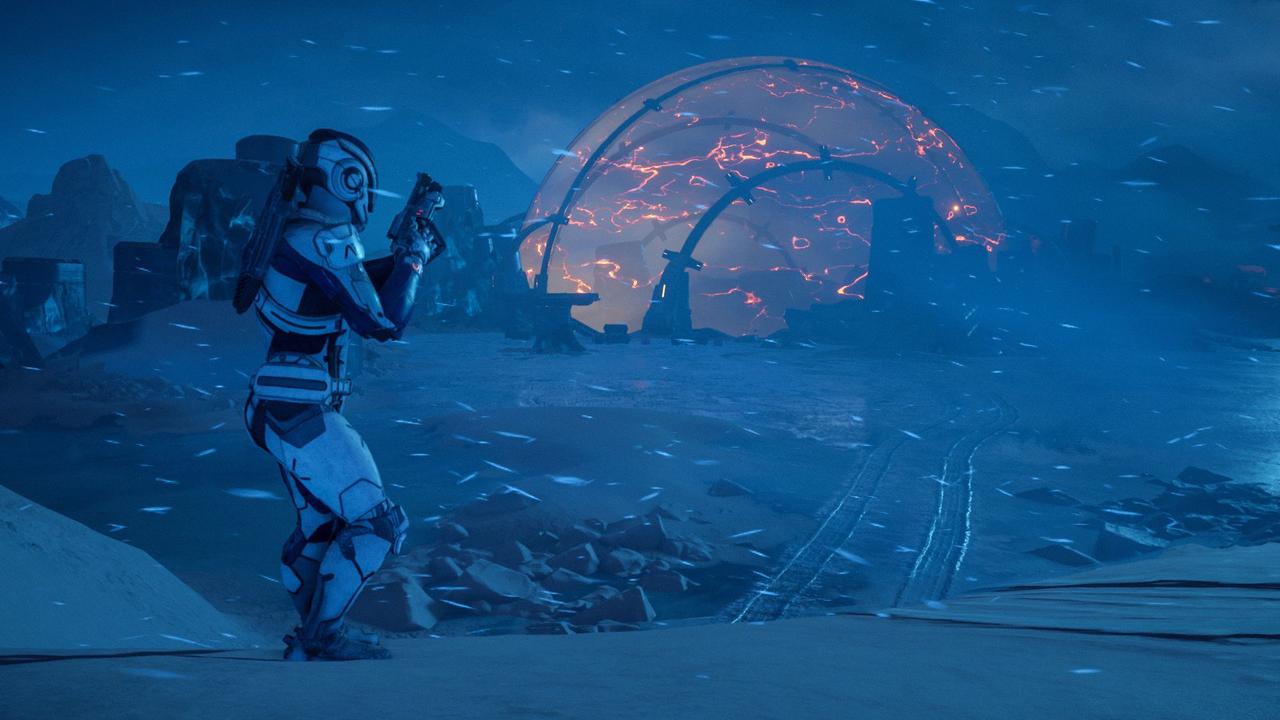 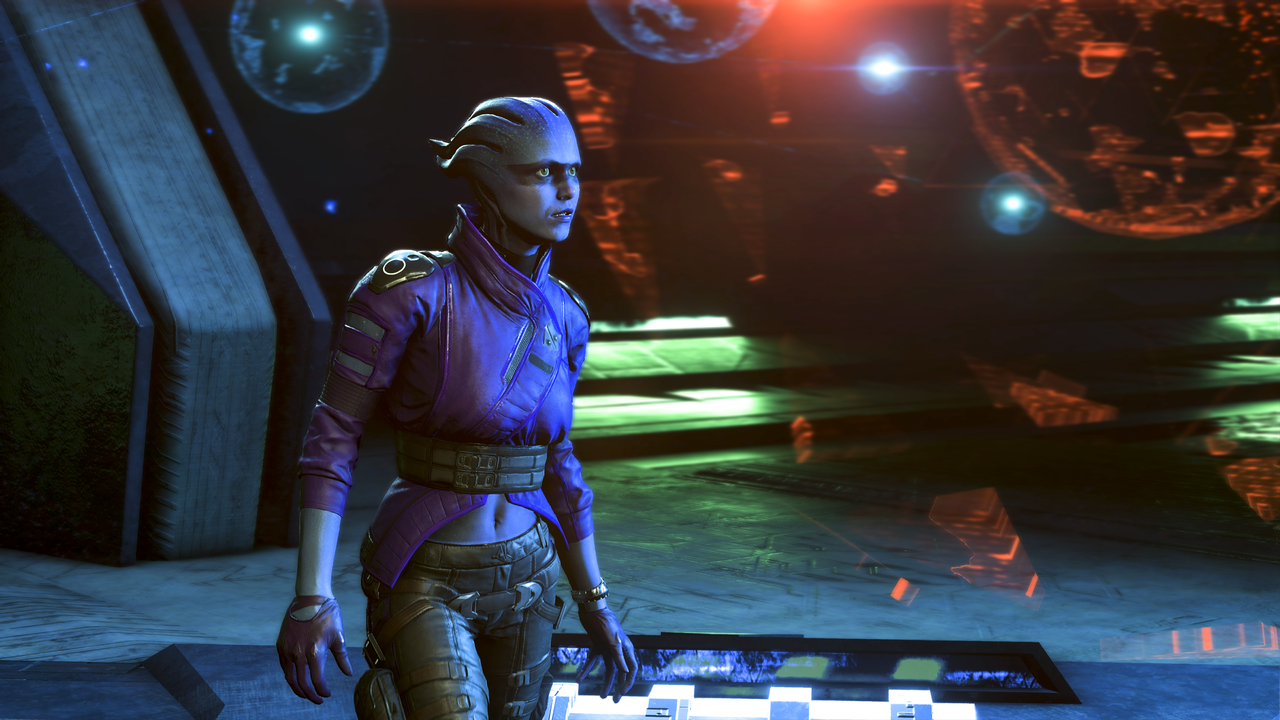 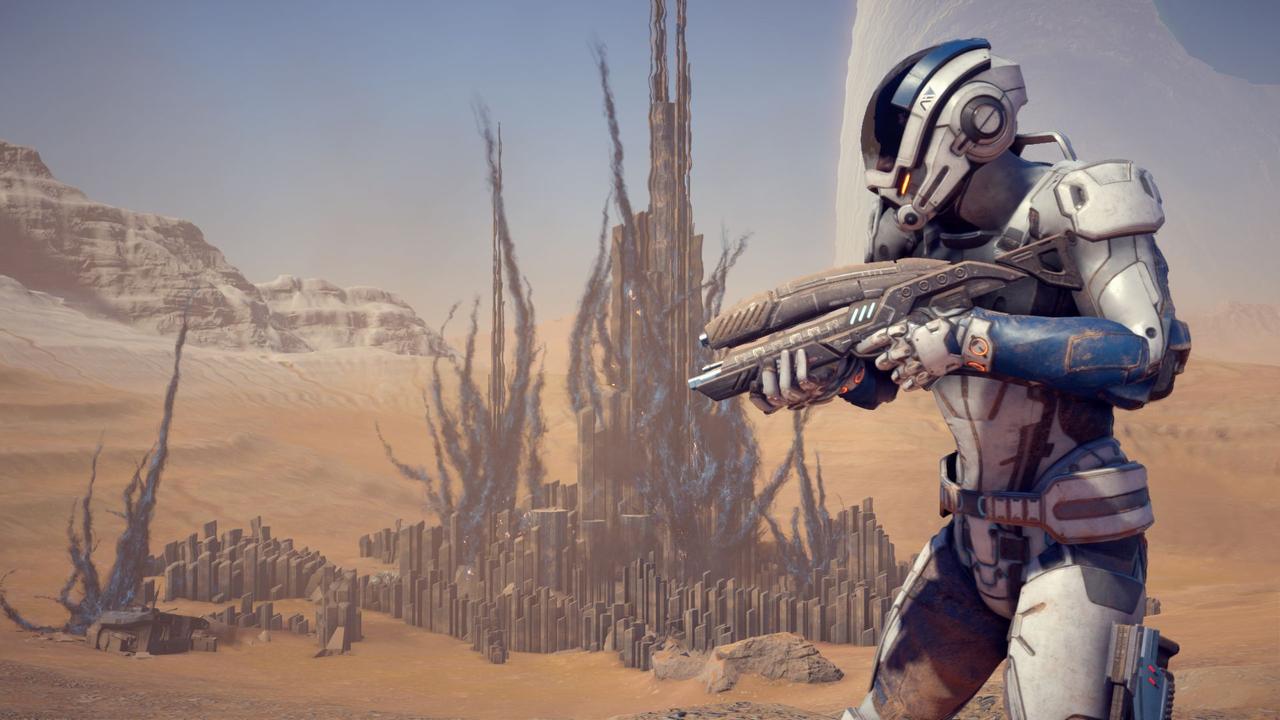 Not without a reason, Mass Effect series is called one of the best RPG series ever created. It is a long and epic game, which story you are going to remember for many years. Hence, if you want to benchmark test your PC and at the same time, have a lot of fun then this game is for you. It can be bought on G2A marketplace for about ~$12.

It should not be a surprise that this game is mentioned in benchmark test games list. After all, The Witcher 3: Wild Hunt is a title widely mentioned in different lists. The Witcher 3: Wild Hunt is a game created by CD Project Red in 2015. When the game was released for the very first time, many contemporary PC’s could not handle the graphics. Even though it was already downgraded after first tests. It was simply too beautiful of a game. 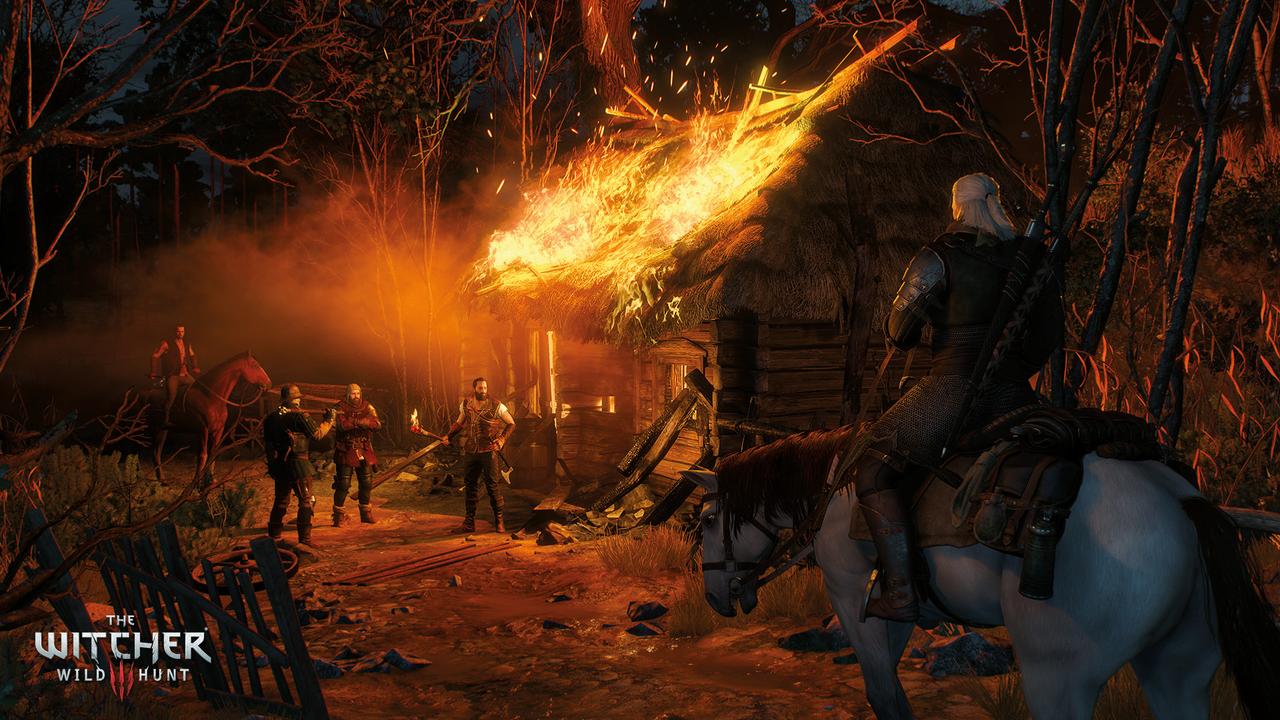 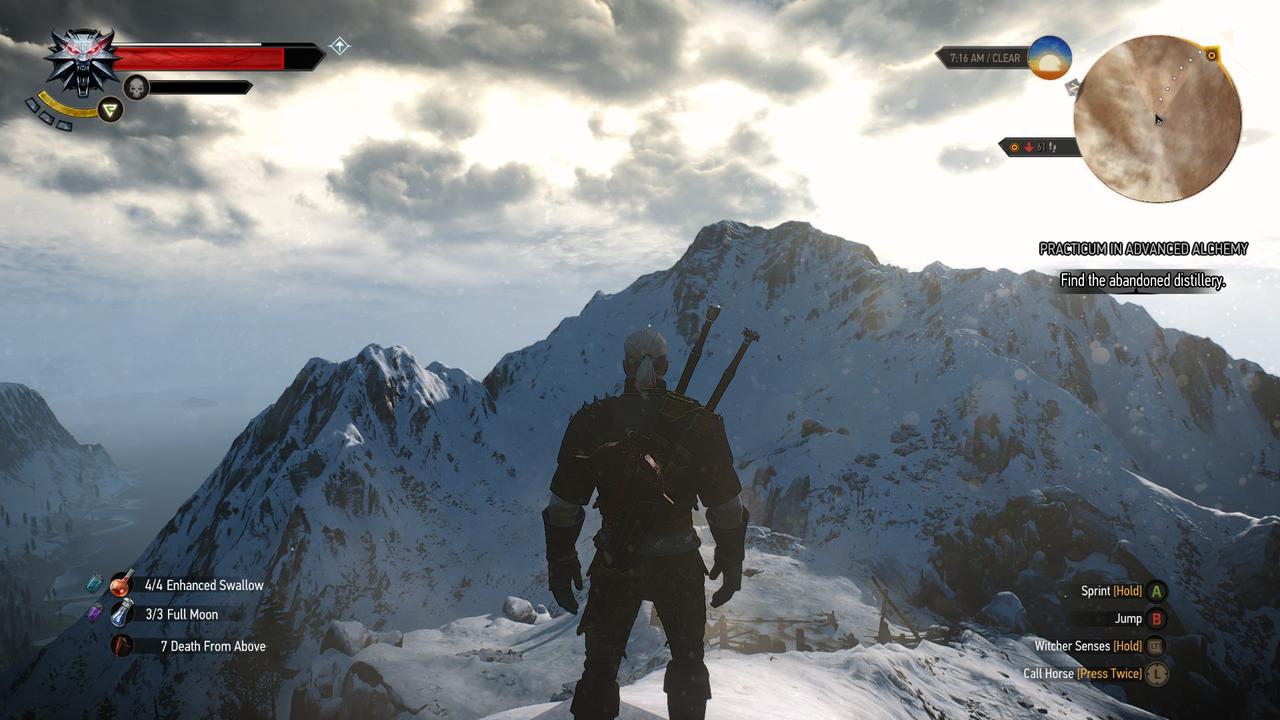 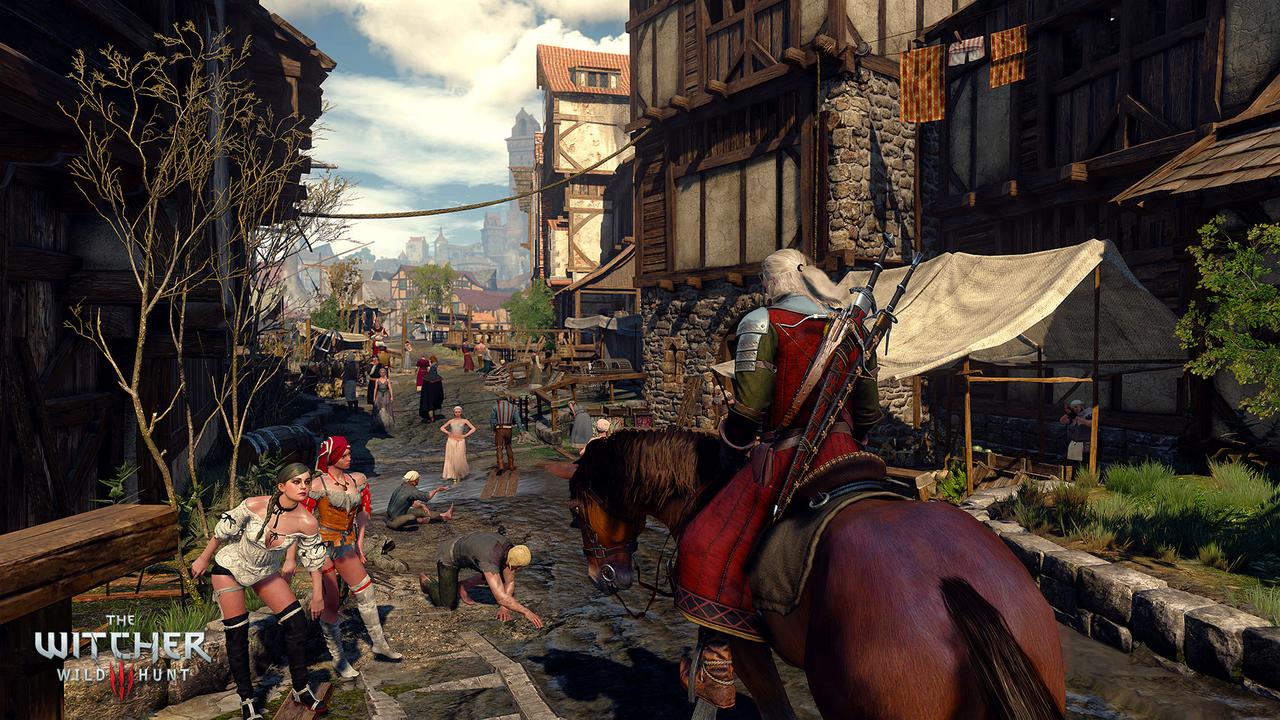 Nowadays, it is handled well by most PC’s. However, it is still a good choice for benchmark test. The game is quite demanding. Hence, you should invest in this title if you want to check your PC and at the same time, have a lot of fun with the game.

The Witcher 3: Wild Hunt is one of the best RPG games ever created.

It is going to provide you with about thirty hours of intensive gameplay and at the same time, thanks to the game you can check the capabilities of your hardware via the benchmark test. The game is also relatively cheap. It can be bought on G2A marketplace for about $22.

Doom series is widely considered as one of the best FPP shooter games in the genre. As the only surviving marine on Mars, you have to protect yourself from hordes of hell spawns. These monsters have only one thing in mind and it is tearing you apart. However, you are a really powerful and hard as rock marine. Hence, these demons are nothing more to you than simple obstacles. You are so powerful, that you can simply rip hearts from their chests with your bare hands. 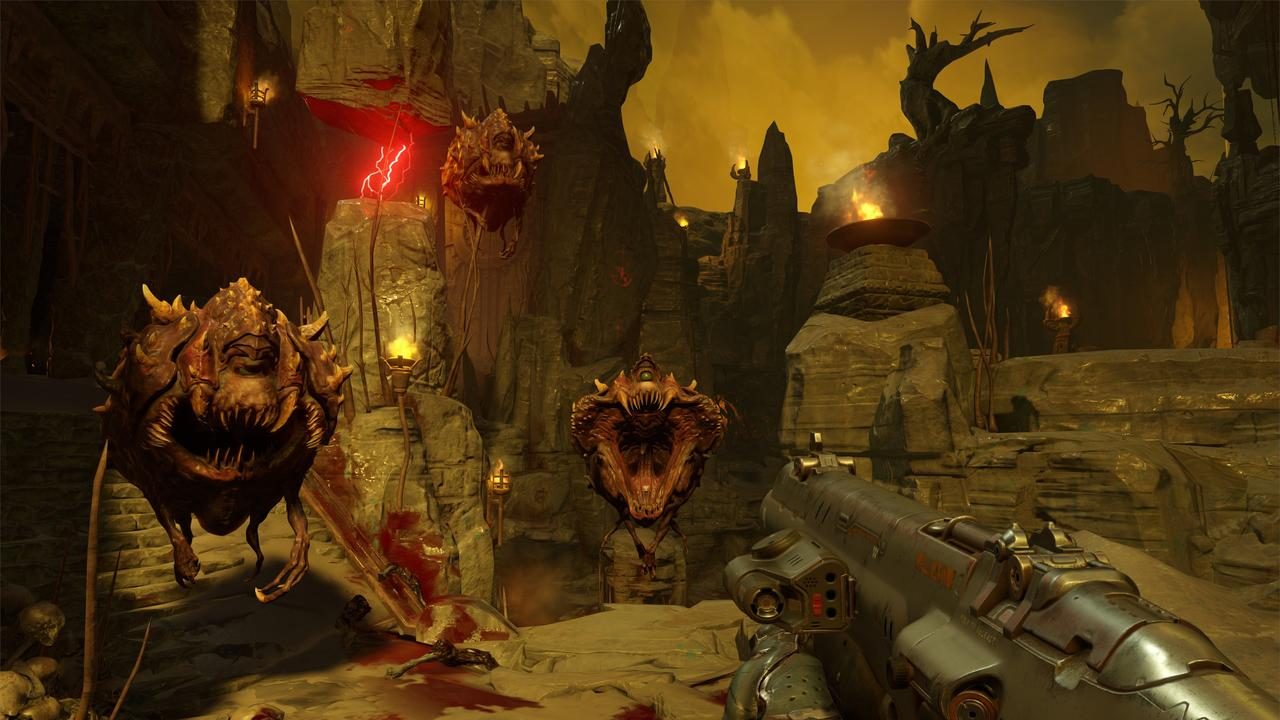 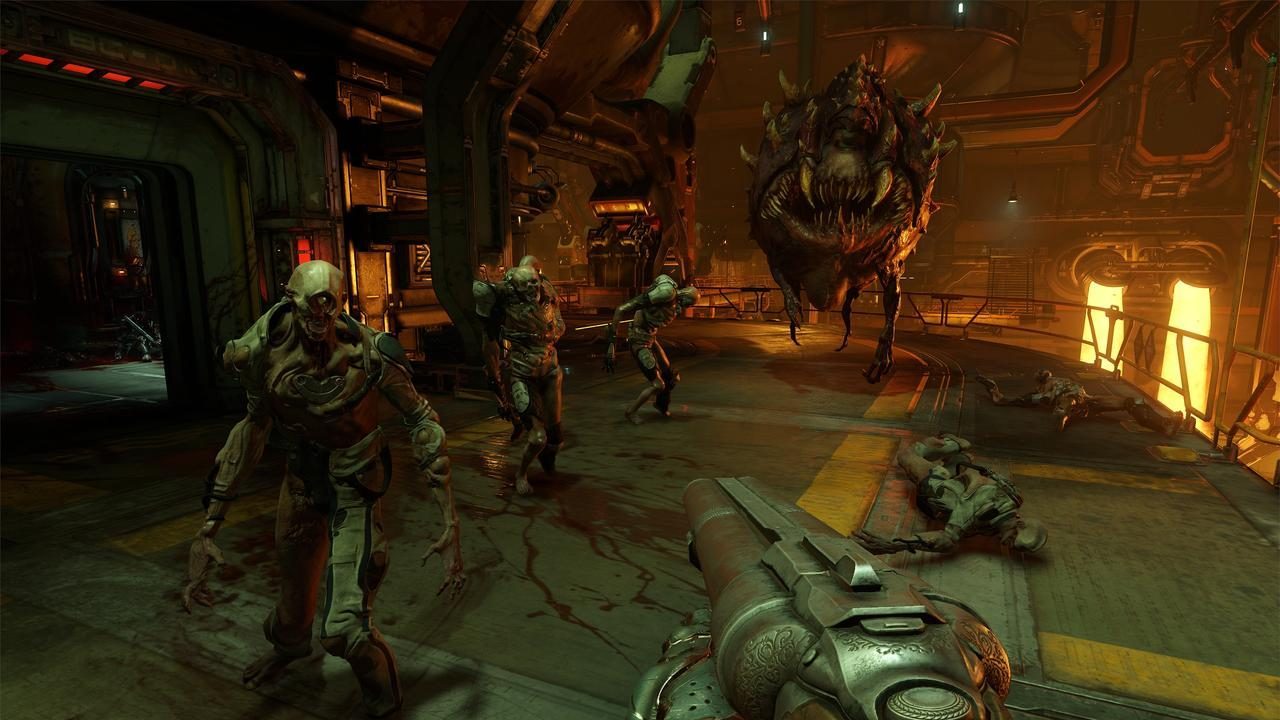 You can smack their heads or blast them off with your weapons. While you are doingthis, blood will be splatteringon your monitor and it looks simply great. Furthermore, the game is quite demanding within the context of the PC configuration. Thanks to the game you can make a benchmark test and see if your PC is really as good as you might think it is.

In fact you could put here any type of a new fighting game, not only Mortal Kombat X but also Tekken 7 or Dragon Ball FighterZ. You should notice that fighting games, are perfect for benchmark tests for a few reasons. First of all, in case of fighting games graphics is not the only important aspect.

These games also needs a very powerful CPU and a lot of RAM. The reason behind that is the fact, that in this genre a 60 FPS is important. Especially during online matches. Any drop of FPS means a delay. 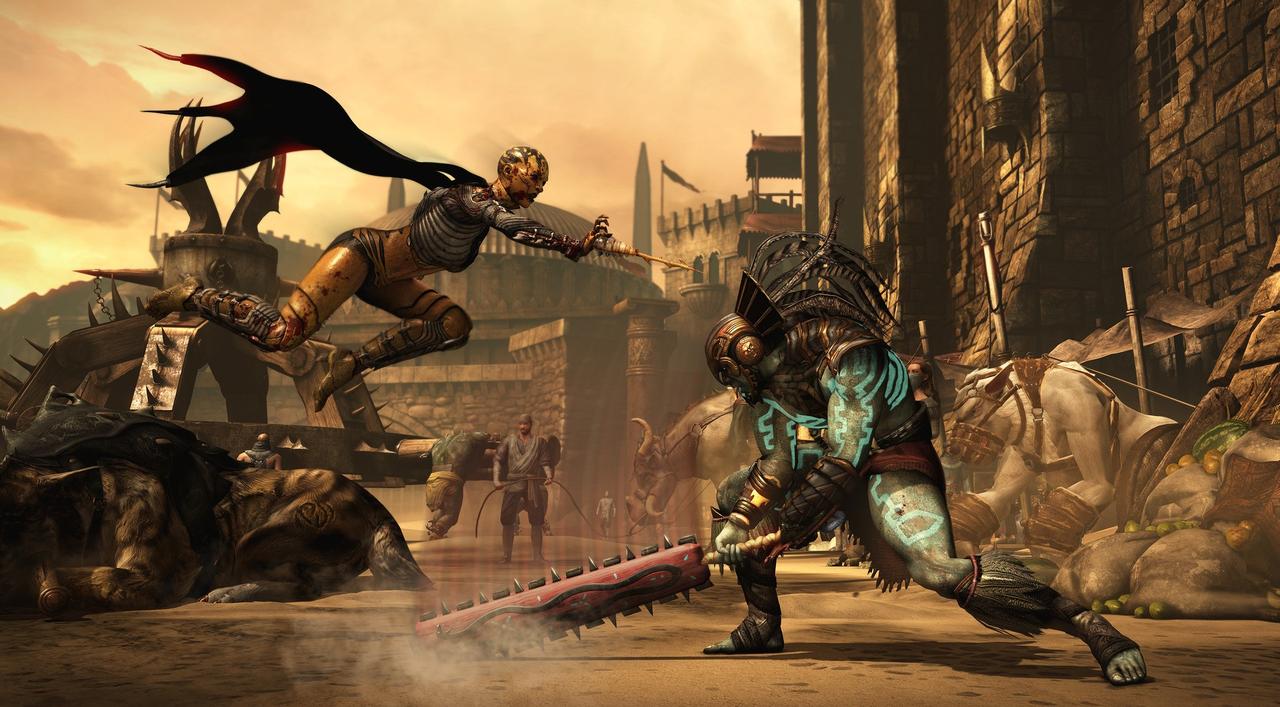 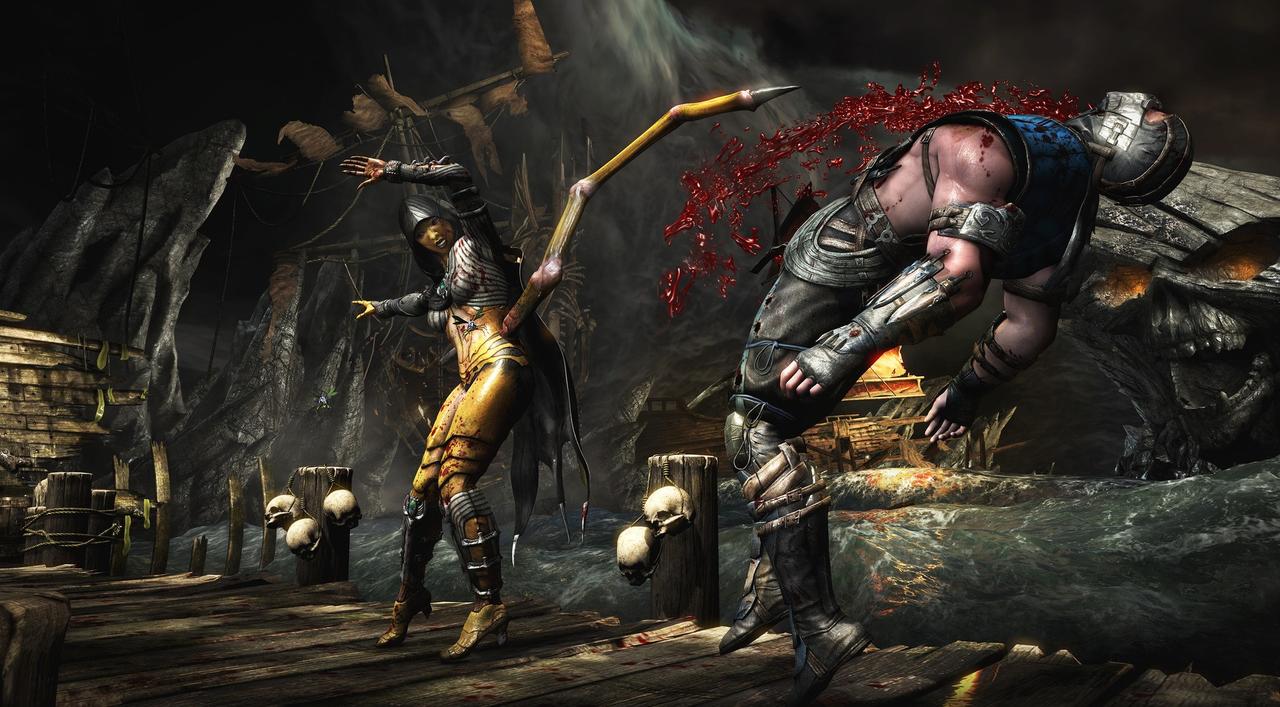 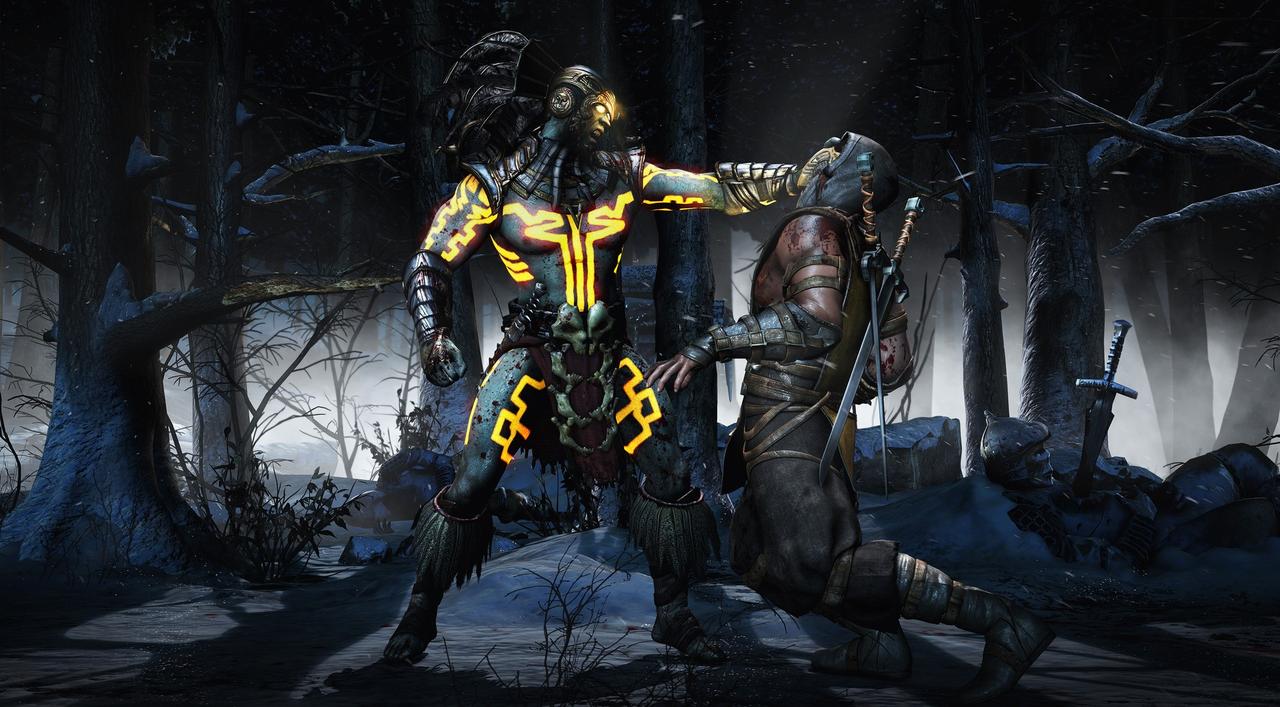 Delay in fighting games is a death sentence. Even 30 FPS is not going to allow you to fight properly with a decent player. Hence, thanks to the Mortal Kombat X you can check if your PC is going to be able to handle a relatively new, fighting game in a satisfying quality. Furthermore, Mortal Kombat X is a really great title.

It tells a really interesting story of a battle between Earthrealm represented by such heroes like Johnny Cage, Scorpion, Sub-Zero or Kenshi, fighting against Netherrealm forces lead by powerful Elder God, Shinnok. Enjoy brutal fatalities, gore brutalities and painful x-rays. The game can be bought on the G2A marketplace for about $5.

Who does not know Lara Croft? She is one of the most popular figures in the history of gaming. In early 2000s she was so popular, that she even appeared in popular magazines. Her career and popularity was falling down though, until the series was rebooted a few years ago. Nowadays, Lara is once again a real star. Rise of the Tomb Raider is one of these games, which tells the story of a young Lara and how (due to certain events) she developed from teenage girl with a dream, into akimbo wielding pistols badass. Rise of the Tomb Raider is also widely considered as one of the best games for benchmark tests. 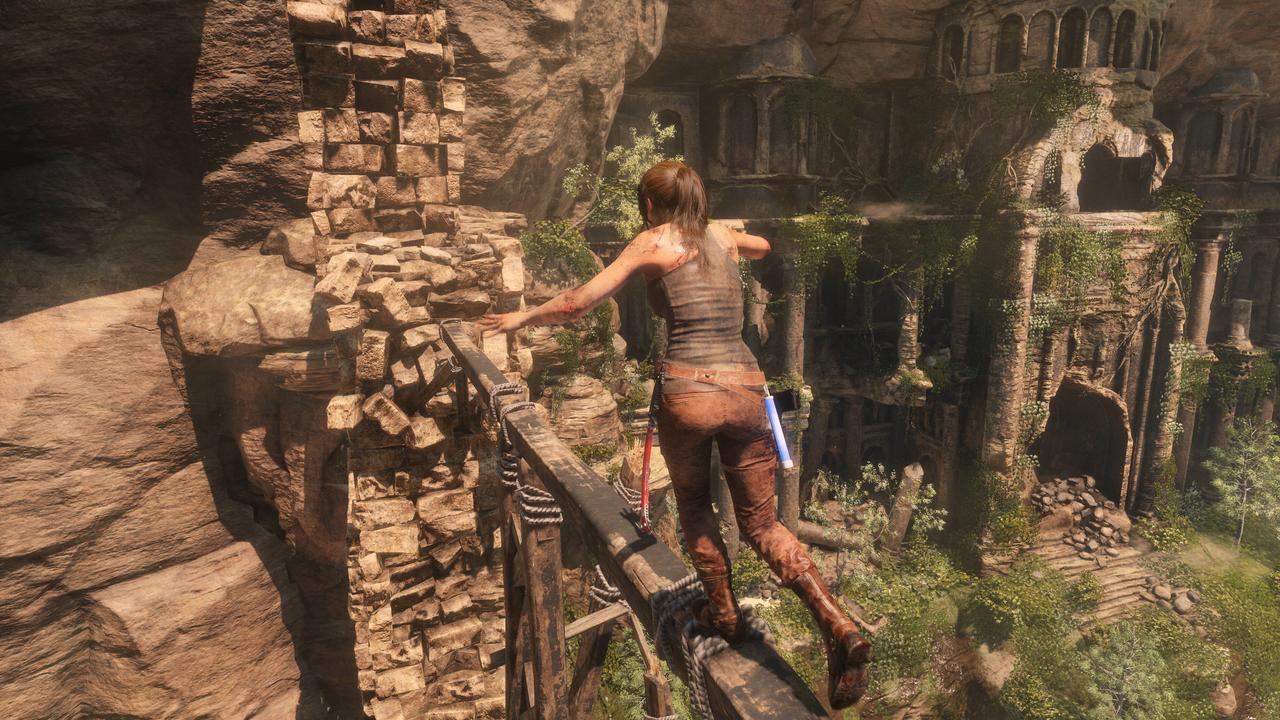 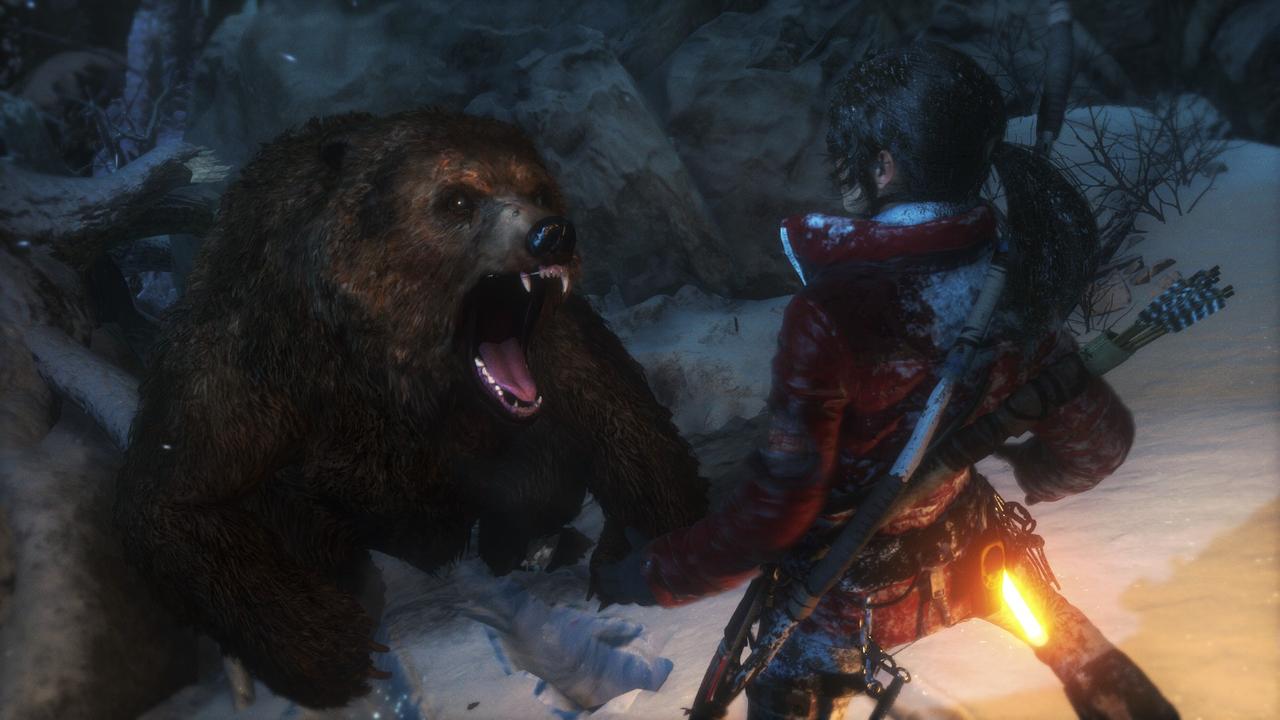 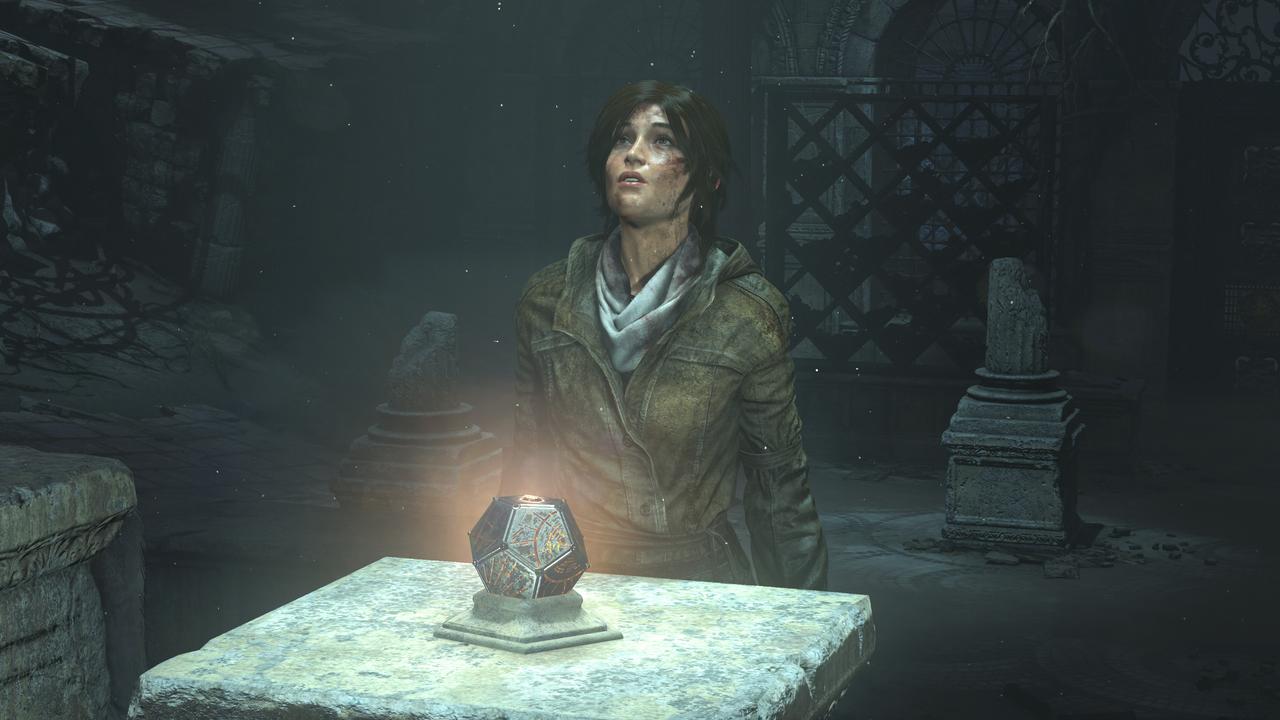 It is so good, that it has in facta benchmark tool implemented in the software itself. In other words you can play the game and at the same time, observe how your hardware is going to react to such a demanding game, because it is a fact, that the Rise of the Tomb Raider is one of these games which requires a really powerful PC.

Why you might ask? Well, it will be clear when you are going to see the snow effects. It is one of the most realistic, beautiful and amazing snow we have ever seen.

While it is not the most important part of this game, you are going to love the Snow Forest level. Hence, if you want a really great game to play and at the same time, check if your PC is capable of handling the most demanding games which you can currently afford, Rise of the Tomb Raider is going to be a good choice.

The game can be bought on the G2A marketplace for $16. It is a good price for a really great game with a lovable character. What else do you need?

As you can see, there are quite a few games, which you can use for your benchmark tests. Still if you do not want to play in any of the above mentioned games, there are other titles which you can use. Which one, you might ask? Well, you should decide by yourself. Remember only to choose the games which need a really powerful hardware to work.