Blaming politicians is easy. Observing and studying the political scene is the favorite activity of many, and everyone always has a million ideas about how to do something better. But what if we could put these ideas into practice?

Political games are a challenge – for even the most experienced strategy players. Playing a world leader is not so easy anymore when almost every piece of our control begins to crumble, and people are less and less satisfied. Unexpected events, competition, poor results in votes, or simply bad luck – all of this can ruin a country in an instant. But with that comes a sweet reward – a power! Feeling ready for the challenge? Check out the best political video games and government simulations on Steam!

It is a 2004 geopolitical simulator where you will lead one of the 193 countries on the world map. If you’re looking for realism in political games, know that this title offers real-life data from major global organizations. 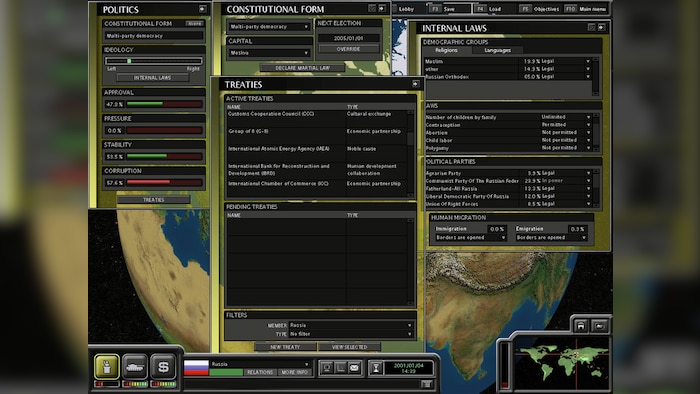 Rule the country of your choice and establish economic, political, and military power. There are no specific goals in this game – you design them yourself. Play turn-based or real-time, create mods, and play solo or in multiplayer with up to 32 players. Wage realistic wars or forge alliances and discover the potential of every, even the smallest country.

Prepare yourself for incredibly complex decisions that will seal the fate of many. Become the president or prime minister and see if you are worthy in the exciting series of strategy games with the latest title released in 2022. 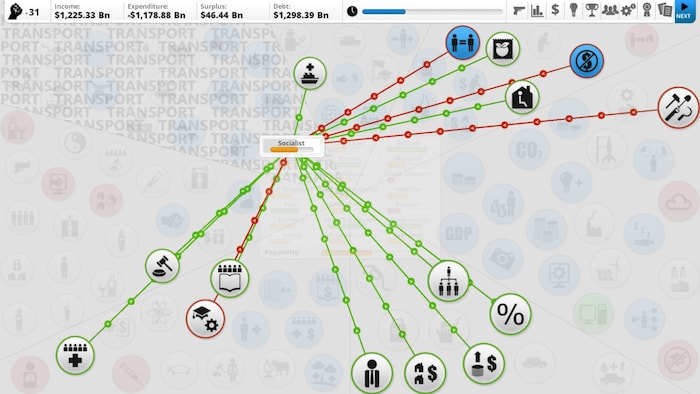 Each part of this series is a realistic approach to current political, economic and social situations. As head of state, you will be constantly watched by various parties and ordinary people who will react to your every decision or law passed. Will you reveal yourself by introducing the most radical solutions or give in to win the election? This game knows no mercy, and you are the only one responsible for any failure!

Enjoy the most fun take on political games ever! Welcome to a hilarious series of six strategy video games where you will lead the banana republic as the mighty El Presidente. 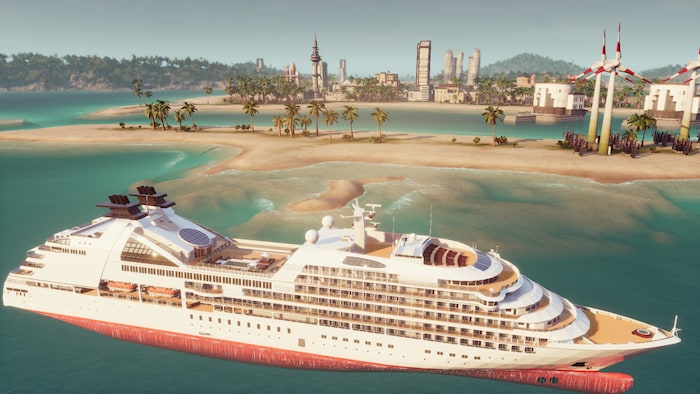 Become a ruthless oppressor and use your dictatorship to keep it forever. Take care of your citizens, construct buildings and create a transport network for your beloved locals. In the meantime, use the army, executions, and steal other people’s ideas to achieve your goal! In Tropico, you can test the most absurd scenarios to see what tactics will bring power to the eternal El Presidente.

It is a PC adaptation of the board game, where you will learn about the events of the Cold War period. Lead one of the world’s greatest powers and decide who will change the course of history! 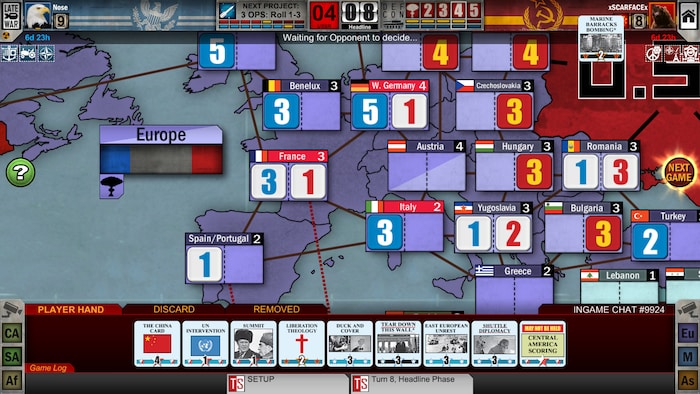 Play as the US or the USSR to follow the course of history or change it. Get involved in a turn-based gameplay system, discover the events of the Cold War and make decisions that will determine the fate of the whole world. It is a title created for multiplayer gameplay, but you can also play against AI in single-player mode.

The war between Arstotzka and Kolechia is over, but this does not mean the conflict has ended. Start working as an officer at the border and decide who can enter your homeland. 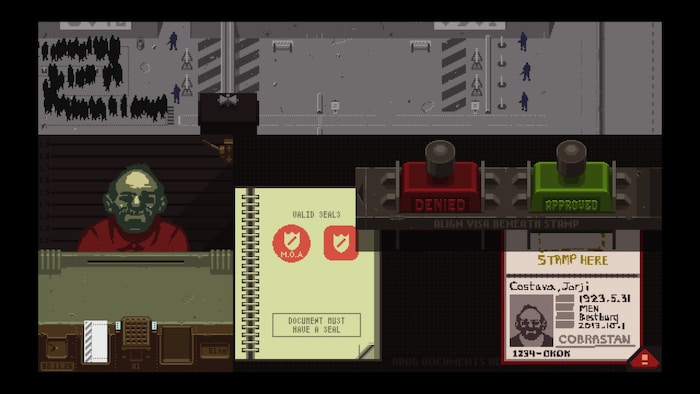 You are an immigration inspector, and it is only up to you who will enter Arstotzka. Control documents of randomly generated characters, combine facts, and examine fingerprints. Among the thousands of tourists, you will uncover murderers, smugglers, or terrorists. Make decisions and observe the consequences of your choices in twenty possible story endings. Papers, Please is a communist regime satire where all the action happens during humble work behind a desk.

Become the mayor of a Soviet city! This city builder is a controversial game from a Polish studio, arousing intense reception among Steam platform users. 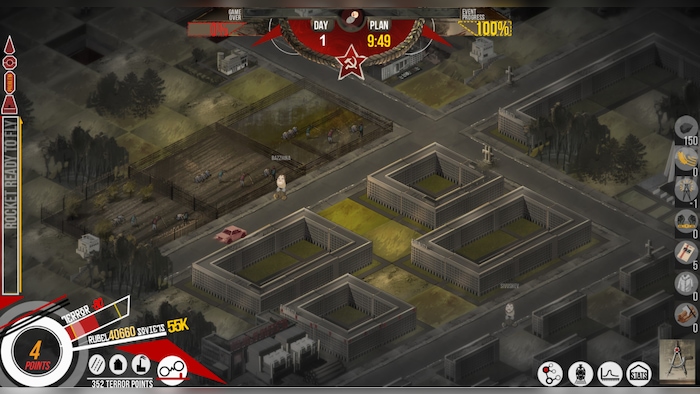 Establish a city and turn it into a communist empire! Construct buildings, create a road network, and manage the economy. But the most vital element of the game, apart from building, are the citizens, over whom you will have constant control. Increase your terror factor by introducing crematoria or turning people into meat and watching them bend under your power. But be careful — any action in this direction can lead to a revolution — ending the entire game.

Travel to China in 190 and embark on a legendary fight in the twelfth installment of the award-winning Total War series. It is a gameplay set in the story of the Three Kingdoms – the time of the most engaging conflicts in the Middle Kingdom. 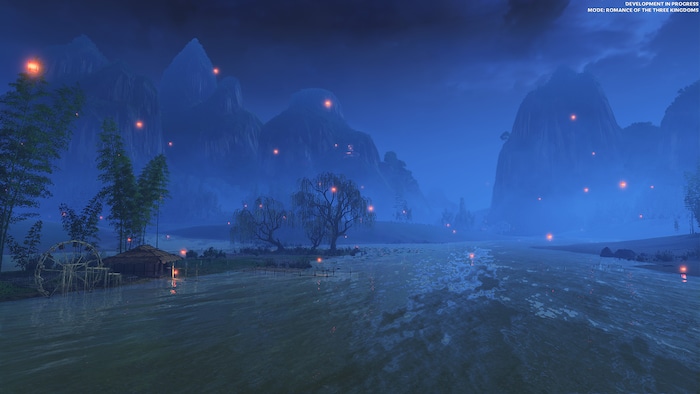 Play as one of the 12 leaders to achieve your goals on the game map. Create an unbeatable army, make decisions, forge alliances or fight endless wars. Explore the map, expand your territory, engage in diplomacy, and challenge other leaders to battle. With this title, you will play a thrilling story campaign or lead the army to war in a series of single matches – solo or in multiplayer!

It is a famous strategy video game from Paradox offering many tasks related to managing an entire country. It is also a recommendation for enthusiasts of historically accurate games with the possibility of shaping historical events.

Command one of 250 nations over four centuries of development to become the most powerful and influential ruler. Take advantage of other countries’ weaknesses, plan trade, engage in diplomacy, and manage battles on the battlefield. Discover new technologies and gain the power to outrun your opponents in fierce competition for ultimate victory. It is a perfect title for fans of single-player and multiplayer games.

Guide the fate of a medieval dynasty and decide its future on the map of Europe and bordering continents. It is a strategy game with RPG elements from Paradox where, in addition to managing the state, you will also have to oversee the intrigues of your family members.

The kingdom needs an heir to survive. Take care of family and diplomatic matters to predict your opponents’ every move and secure victory. Forge alliances, trade, and lose yourself in a realistic medieval world. Use successive descendants for your purposes and discover the unique characters of family members. It is a game where you use your cleverness or deception to win!

It is a geopolitical simulation of the current world where you will face all the events and challenges of recent years. Use them to create the most unexpected scenarios for your strategic gameplay. 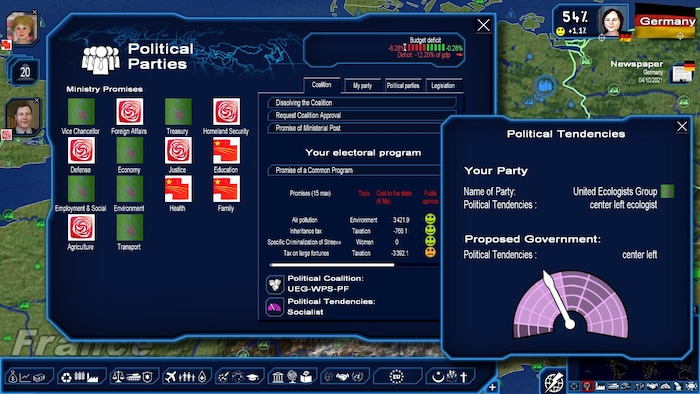 Lead one or more countries at once to discover their new destinies. Take care of the economy, trade, diplomacy, global threats, and more to try out one of the many dream scenarios. Play as a democratic leader or presidential opposition, use secret services, and lead battles using terrorists or the army. It is the most extensive and realistic political simulator where you will decide the fate of the world you know!

Politics simulations offer almost the same activities as the best history games on Steam. With one tiny difference – they focus on managing the state from the point of view of its leader. It is a unique opportunity to step into the shoes of your least-liked leaders and discover the hardships of running a country or city in various historical periods! Each game helps you understand the mechanisms of world diplomacy, the causes of conflicts, or the complex decision-making process that will determine the fate of the whole world. Politics is not easy, and if someone states it is – let them try the best political games on Steam.