Modern horror video games may have an advantage over the old ones in terms of visuals and special effects but you don’t necessarily need good graphics to have a great horror game – and that was already proved back in the day on multiple occasions.

If you’re interested in rediscovering the history of gaming or finding some cool old classic games you didn’t have the opportunity to play in the past, check out our list of some of the best retro horror games down below.

The Dark Eye became popular due to its uniqueness – the game contains elements of the uncanny valley, where very realistic-looking characters behave in a way that feels slightly off, triggering the feeling of anxiety. 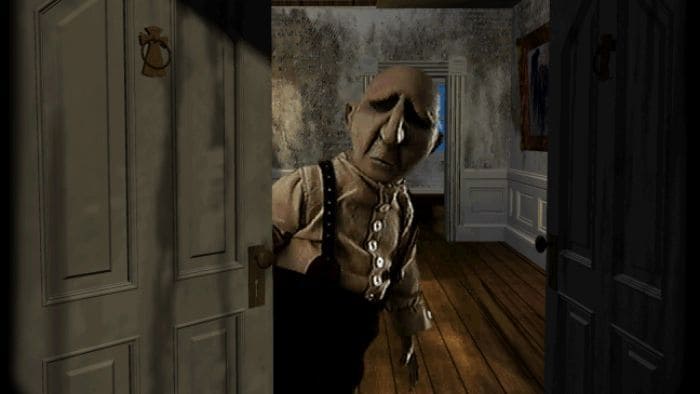 The Dark Eye is a point-and-click video game where you will be able to play your part in the three stories inspired by the works of Edgar Allan Poe. The game itself is not too scary – it clearly values building the tension and creating the right atmosphere over resorting to cheap jump scares and similar tricks that are meant to resonate with our primeval defense mechanisms and produce an equal response. Jump scares work no matter how brave you think you are but building the right atmosphere is an infinitely more difficult task and The Dark Eye does an excellent job in this department.

You can’t have a list of the best old horror games without mentioning Resident Evil, so here it is – the original game that started a very successful horror franchise. 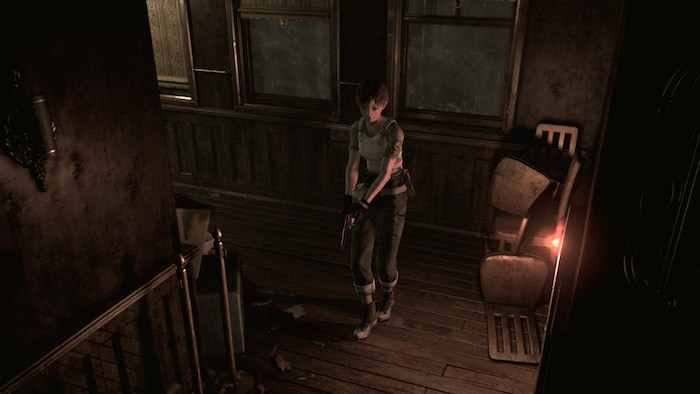 The first Resident Evil game received a lot of praise and it was often cited as one of the most influential video games ever made. It’s thanks to this game zombie-related games and movies enjoyed a surge in popularity in the early 2000s. If you didn’t play Resident Evil ever before, now would be a better time than ever – there are modern remakes available, so the original game and its sequels are better suited for the modern audience, with better graphics and quality of life changes. However, if you can get your hands on a copy of the 1996 version of the game, it’s still a perfectly valid option to choose.

If you’re looking for a game with creepy old-school graphics, you can’t go wrong with Sanitarium. 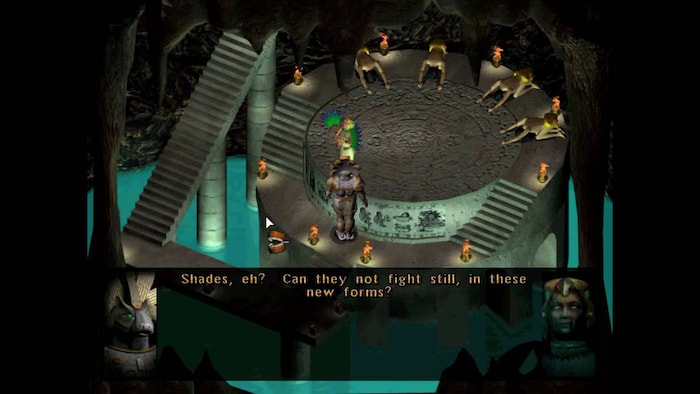 Sanitarium is a game about a man who barely survived a car accident but lost his memories as a result. He finds himself in a mysterious sanitarium, where he’ll be trying to learn more about what happened and what’s going on in this place, hopefully learning more about his own past and identity as well. The game certainly looks old, but oddly enough, it’s not making the game worse – instead, it adds more value to the atmosphere and serves as the base for a unique and unsettling experience that you wouldn’t want to miss.

Alone in the Dark

A classic from the early 90s also made its way onto the list and not without a reason – meet one of the grandfathers of the survival horror genre. 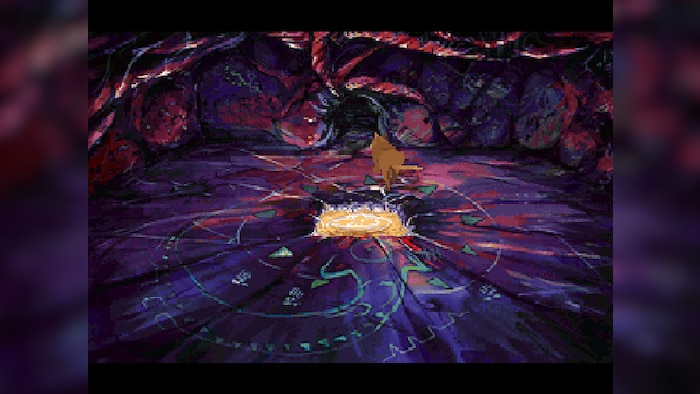 Alone in the Dark is a 1992 survival horror game and it’s quite an influential one. It focuses on the story of a private investigator as he’s tasked with solving yet another mysterious case that happened in a certain mansion – this time it’s a suicide and it seems like some evil powers could be involved. Gameplay-wise expect to spend most of your playing time exploring the rooms of the house while trying to reveal its secrets. Find the answers that could lead to solving the case but beware of the monsters that haunt this place.

Harvester is a game that could be best described as a slow descent into madness – it’s not a scary game in a typical sense, but it’s certainly great at invoking the feeling of fear, anxiety, and unease. 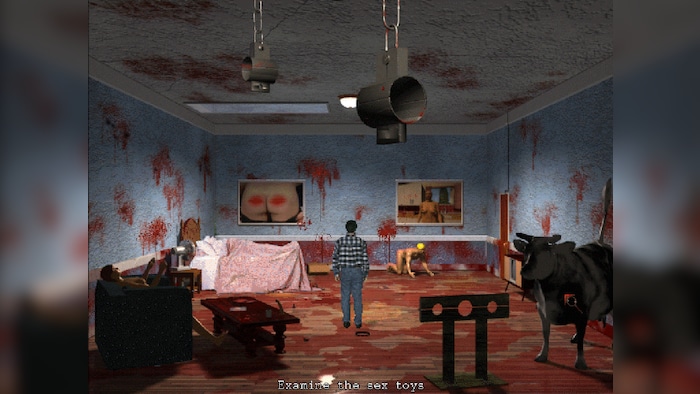 Harvester is a game that revolves around the character of Steve Mason, a teenager who wakes up in an unfamiliar town with his memories gone. As he explores the surroundings and progresses through the story, he finds out about the cult that has its headquarters in the town – he starts carrying out the tasks for them in hopes to get closer to the truth. Don’t expect jump scares from this one – Harvester is a more ambitious project that doesn’t use such tricks. Instead, it focuses on building the atmosphere, where reality becomes twisted and increasingly more violent, to the point of featuring blood and gore in the later parts of the game.

From a more fast-paced and action-packed side of retro horror games, there’s System Shock 2, where you’ll have the opportunity to explore a spaceship while trying to stop the spread of a deadly virus. 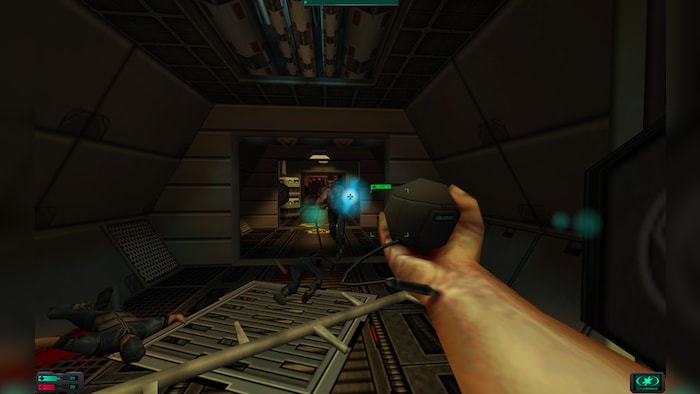 System Shock 2 probably has a special place in the hearts of a lot of players – an amazing combination of RPG and action powered by the survival horror genre is undoubtedly a recipe for success. Often cited as one of the best games of all time, System Shock 2 promises and delivers an unforgettable adventure in a sci-fi setting. Explore the abandoned spaceship and discover the truth behind the mysterious disappearance of its crew. Upgrade your character to stand a chance against what’s about to come and be on your guard – it’s certainly not safe in here.

It wouldn’t be appropriate to not include one of the genre-defining games on the list – the original Silent Hill, a game that gave birth to an excellent survival horror franchise. 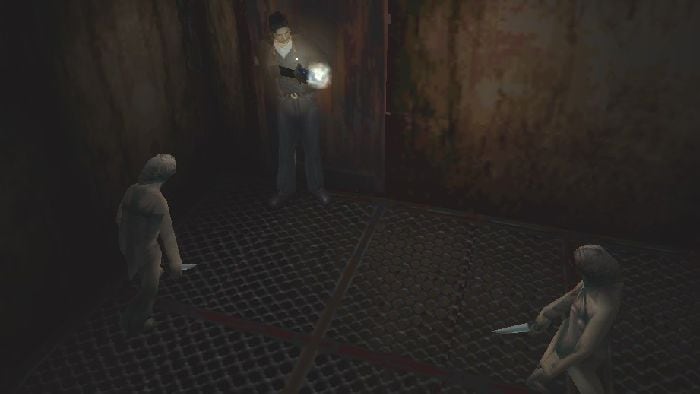 Silent Hill is a game about a man looking for his adopted daughter in a seemingly abandoned town that bears witness to some peculiar phenomena. It becomes clear rather quickly that something evil is going on here, and you, the player, must get to the bottom of the case. Be aware of the monsters that may want to get rid of the intruder – you’ve got a gun, but you’re not a soldier and the ammo is scarce, so make every bullet count. The game does have some shortcomings that were addressed in the later games from the series, but the atmosphere from the original game is irreplaceable and still worth experiencing, even after all these years.

If you’re looking for some hidden gems, D: The Game won’t disappoint you – it was a critical success in Japan, and only because of some technical difficulties it didn’t become that popular in the West. 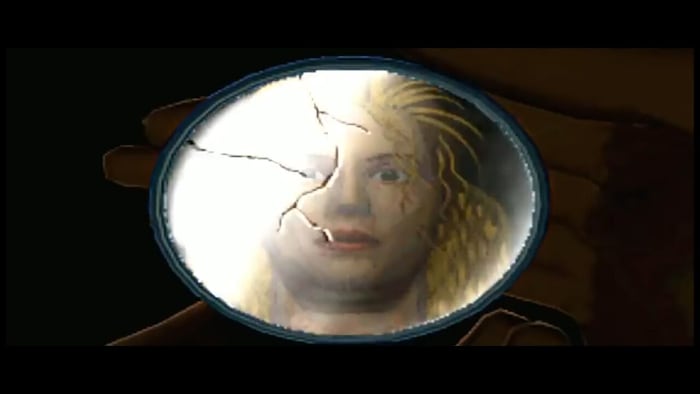 D: The Game focuses on the story of Laura Harris as she heard the news about her father being held responsible for mass murder. She intends to enter the lair of the beast and confront the evil within to find out what pushed her father to commit such as crime. D: The Game is a unique kind of horror-style interactive movie – its main selling point is the fact that it has a set time limit, which is quite as rare sight today as it was back then. The game is available on the Steam platform, so if you’re curious about how the story goes, make sure to grab a copy.

It may come as a surprise to some of you but there was something worth playing from the 2D horror genre on NES consoles back in the day. 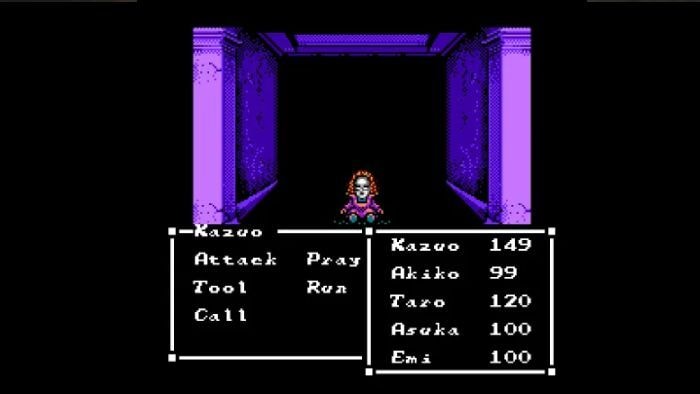 It’s not an easy task to make a horror game on a medium that allows only a very limited number of colors and sounds, but Capcom somehow managed to do a pretty decent job. It may not be particularly scary, but the right atmosphere is here and the story also adds some value to the final result. Gather your party and explore the haunted mansion but beware of the horrors that await adventurous players just like yourself. To enjoy this one though you’ll either need to have the classic NES console, which can be quite difficult to find these days or an emulator with your own copy of the game.

For the final game on the list, we’ve got Personal Nightmare – another very old horror game that deserves a mention. 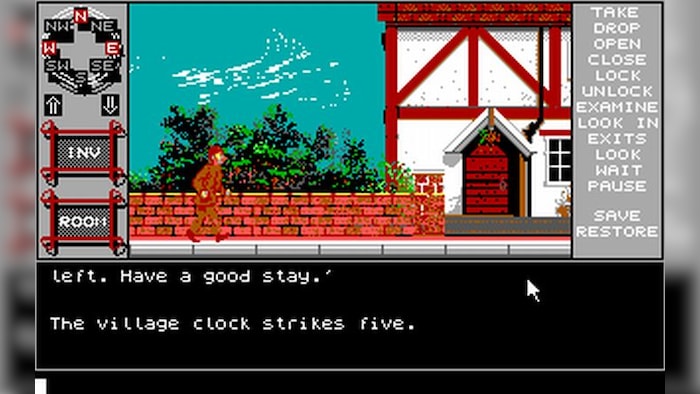 In Personal Nightmare, you will be tasked with purging possessed individuals and the evil powers that caused them to lose their minds. Sounds quite easy but don’t be fooled – retro games were seldom easy. The game combines the use of text commands and clickable elements to create unique gameplay that was popular back in the day. As opposed to today’s adventure games, here you have to come up with creative solutions yourself and you actually need to know what you’re doing – brute-forcing your way through the game by trying to blindly combine various objects with each other until something works is not an option.

The history of horror games can already be measured in decades and sometimes old is gold – you don’t necessarily need to get the most recent games to have lots of fun. Modern-looking visuals are great, but sometimes it’s worth it to take a step back and rediscover the classics that were popular back in the old days. Today they may be a little dusted and forgotten, but without them, the horror genre as we know it certainly wouldn’t be the same.

If you’re interested in checking out some of the best retro and classic horror games out there, make sure to give our list above a read – there are numerous great games to choose from. Depending on how old you are, there may be some retro shining gems you didn’t even hear about before – it’s about time to learn a thing or two about the history of gaming.